"We are accused of saffronising education. But then what is wrong with saffron?" he said, urging Indians to give up their "colonial mindset" and learn to take pride in their Indian identity. 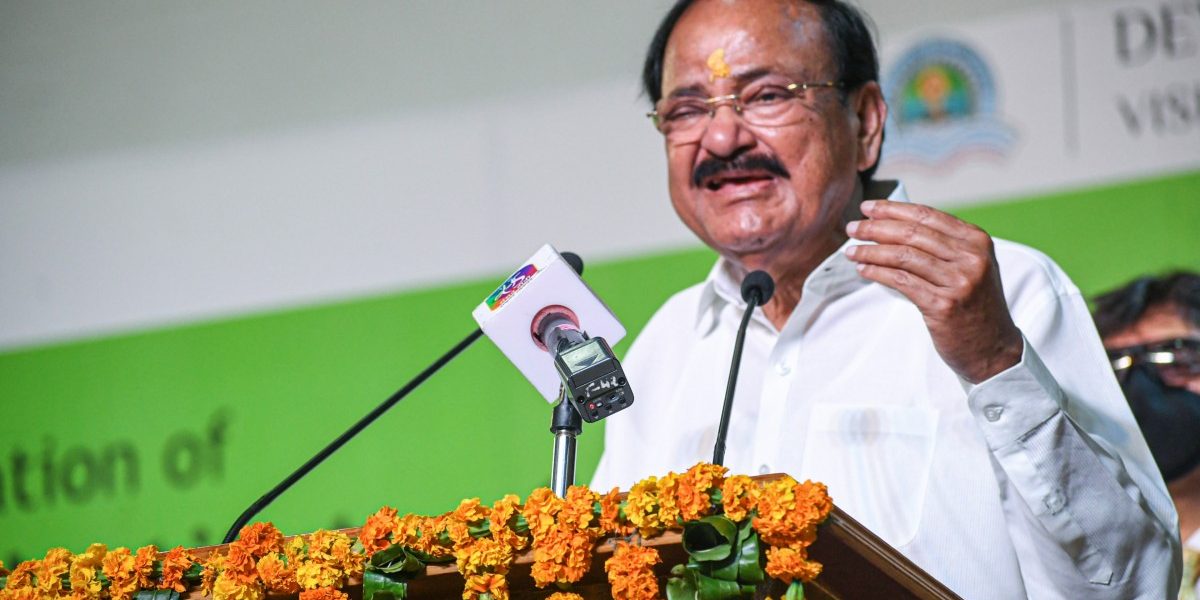 New Delhi: Vice President M. Venkaiah Naidu has called for the total rejection of Macaulay system of education while wondering why there is so much furore about “saffronisation of education”.

“We are accused of saffronising education. But then what is wrong with saffron?” he asked, after inaugurating the South Asian Institute of Peace and Reconciliation at the Dev Sanskriti Vishwa Vidyalaya in Haridwar on Saturday, March 19.

Naidu asked Indians at large to give up their “colonial mindset” and learn to take pride in their Indian identity. He added that the “Indianisation” of the education system was central to India’s new education policy, putting a lot of emphasis on the promotion of mother tongues.

“Centuries of colonial rule taught us to look upon ourselves as an inferior race. We were taught to despise our own culture, traditional wisdom. This slowed our growth as a nation. The imposition of a foreign language as our medium of education confined education to a small section of the society, depriving a vast population of the right to education,” he said, calling for the rejection of the Macaulay system of education in the 75th year of independence.

Thomas Babington Macaulay was a British historian who played a major role in the introduction of English as the medium of instruction for education in India.

“We should feel proud of our heritage, our culture, our forefathers. We must go back to our roots. We must give up our colonial mindset and teach our children to take pride in their Indian identity. We must learn as many Indian languages as possible. We must love our mother tongue. We must learn Sanskrit to know our scriptures, which are a treasure trove of knowledge,” the Vice President said.

“Foreign dignitaries coming to India speak in their mother tongue instead of English despite knowing it because they take pride in their own language,” he added.

“Sarve Bhawantu Sukhinah (all be happy) and Vasudhaiv Kutumbakam (the world is one family), which are philosophies contained in our ancient texts, are the guiding principles of India’s foreign policy even today,” Naidu said.

“India has had strong ties with almost all South Asian countries which have common roots. The Indus valley civilisation extended from Afghanistan to the Gangetic plains. Our policy of not attacking any country first is respected all over the world. It is the country of warrior king Ashoka the great, who chose non-violence and peace over violence.

“There was a time when people from all over the world came to study in the ancient Indian universities of Nalanda and Taxila, but even at the height of its prosperity, India never thought of attacking any country because we firmly believe that the world needs peace,” the Vice President said.

Apart from the pursuit of education, children should also be taught to stay in close contact with nature, he said. “Nature is a good teacher. You must have noticed that people living close to nature suffered less during the Covid crisis. The motto should be nature and culture together for a better future.”