We Cannot Forget That India Is a Union of States

From police to spending, the growing power of the Union government has been the source of continuous conflict between the centre and states.

Whenever the Union government has come to be ruled by political parties with overwhelming majority, the allegation of distorting federal values has come against the authority in power at the Centre. Similar criticism against the present regime is no exception.

The increasing importance of Central forces in conducting elections, engaging central investigating agencies for probes in states ruled by opposition political outfits and increasing centralisation of economic power are cited as examples that have eroded the powers of states.

As the economy grows, inter-state mobility of people increases and that facilitates central bodies to be more visible.

A family shifting from a state of southern India to the east, would rather prefer children to get admitted to a school under a central board and learn Hindi instead of learning the local language in a state board school. This has made central board schools more visible in urban areas of non-Hindi speaking states in the last three decades. Such changes are inevitable and we have to bear with them so long as such tendencies do not interfere with the social fabric of the states in general.

The space of higher professional education is being increasingly occupied by centrally run institutes in the last two decades or so and universities set up by states are getting gradually marginalised because of paucity of funds. In fact, most of the states today are in perennial financial crisis. The GST Council, which imposes taxes to mobilise its own resources, has come in place of the privileges that the states had enjoyed earlier. 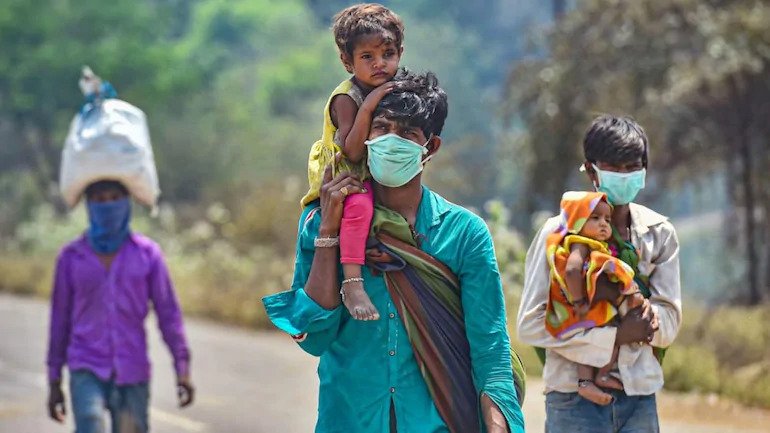 Migrant labourers on Mumbai-Ahmedabad highway as they head home in the middle of nationwide lockdown. Photo: PTI.

No matter who rules, the Union government in recent decades have been found to be more enthusiastic in spending on centrally sponsored schemes, the schemes designed by the government of India on subjects falling under the legislative competence of the states. The 14th Finance Commission observed that central spending on state subjects increased from 14% in 2005 to 20% in 2014.

Often grants under these schemes are provided on the condition that states also share a portion of the total expenses. The Union government feels that if funds are transferred to the states straightway, without well laid guidelines in the form of a scheme, the states may not spend them on projects as per national priorities.

This lack of trust by the Union is understandable when the union and states are ruled by opposing political entities. On the other hand, the states consider such attempts by the Union as infringement of their rights and allege that such schemes are often designed by the Union keeping in mind their political considerations.

Centrally-sponsored schemes are sources of continuous conflict between Union and states and the issues need to be resolved amicably in the interest of healthy federalism.

It is high time a high-powered commission is set up for the purpose, similar to the Sarkaria Commission (1983), to decide on the detailed modalities of centrally-sponsored schemes, outside the purview of the Finance Commission.

However, most disturbing is the fact of politicisation of the police force in the states. No better is the central investigating agencies. Two decades ago, opposition political outfits of the states demanded probes by central agencies in every contentious issue and the courts also endorsed many such demands in appreciation of the apprehension that local police might not be in a position to carry out the job with fairness.

Today, opposition parties in the states demand probes by central agencies even on trivial issues and the party in power in the state interprets such demands as one that infringes upon the constitutional rights of the states. When both sides move court, it becomes difficult for the courts of law to decide. Is there any end to this impasse?

Unless the highest political authorities in the states as well as those in the Union rise above narrow political considerations, the present crisis will never have a solution. If the investigating agencies are converted to statutory bodies and statutory bodies are made constitutional bodies there is not going to be much difference unless the executive heads of the governments are firm in ensuring neutrality of the forces. 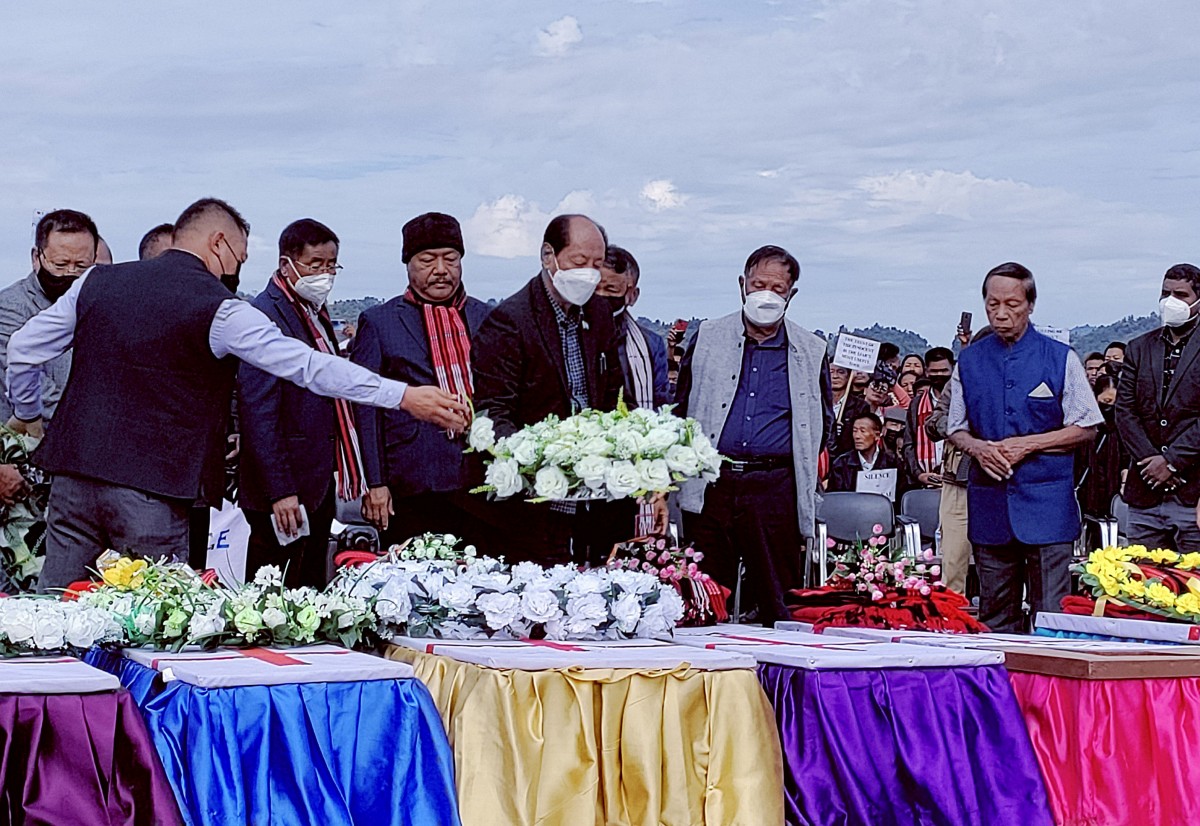 Neiphiu Rio, Chief Minister of the northeastern state of Nagaland, places a wreath on a coffin during a mass funeral of civilians who were mistakenly killed by security forces, in Mon district of Nagaland, India, December 6, 2021. Photo: Reuters/Stringer

Recent killings in Nagaland may be an eye opener to us. Six poor labourers in Mon District, while coming back home from a local mine at the end of the day, was fired to death by the Armed Forces. May be the forces had over-reacted based on wrong intelligence input. Media reports say that immediately after the incident, there were attempts to change the clothes of the dead innocent labourers. When the villagers came out, further firing killed seven more. Though the incident has been condemned by the highest level of the Union, it has hurt the sentiments of people in the northeast to such an extent that most of the chief ministers there are now asking for suspension of Armed Forces Special Power Act (AFSPA).

Unfortunate incidents happen but how the state responds to such events is most important. Though the Union government has assured a fair probe of the incident, such ghastly acts fail to erode scars from our minds.

More dominance of central bodies in the day-to-day lives of people in the country has been interpreted by many as indicative of ‘One India’ emerging strong and powerful. This narrative, however, should never undermine the spirit of India that our constitution had perceived: “India that is Bharat shall be a Union of States”.

Gautam Bhattacharya is a former civil servant who at the time of superannuation was in the grade of additional secretary to the Government of India. He was the Chief Vigilance Officer of a pan-India governmental body and held charges of CVO in leading PSUs.