The eminent historian and commentator tells 'The Wire' that Modi's “explicit contempt for education” and his lack of reliance on experts has led to the presence crisis. 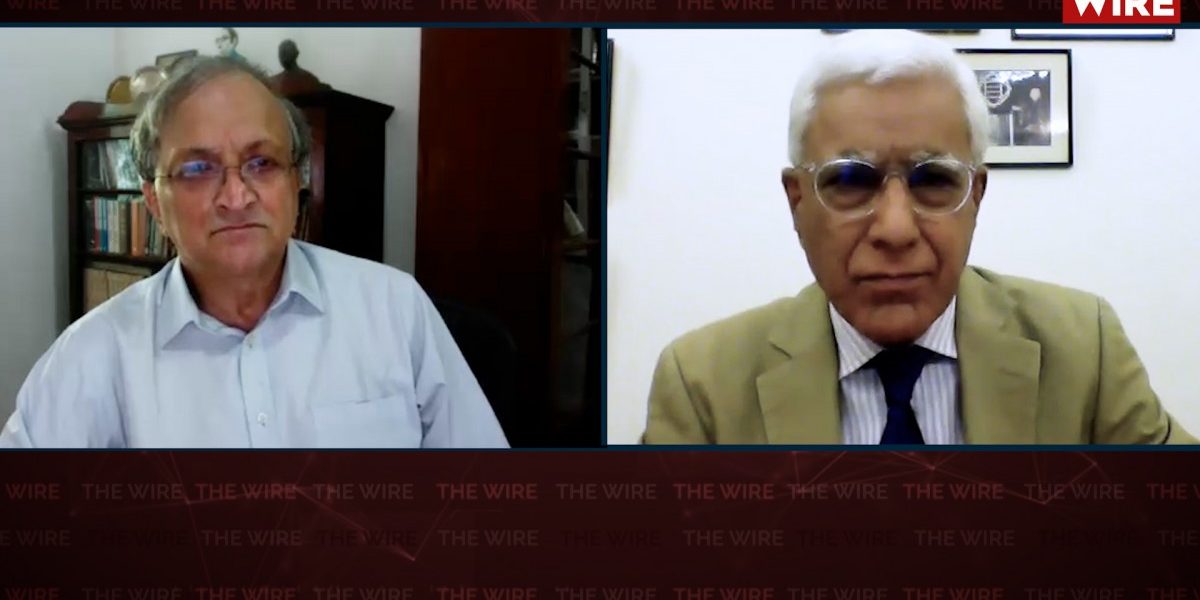 In a hard-hitting and sharply critical interview, one of India’s most highly regarded historians and widely read political commentators has said Prime Minister Narendra Modi’s leadership style is the principal reason for the mishandling of the present COVID-19 crisis.

Although Ramachandra Guha also blames Modi’s “sycophantic cabinet”, the country’s institutions, including the Supreme Court, which have let down the country and the yes-men officials and bureaucrats who Modi has surrounded himself with, he says the main blame and responsibility rests squarely on the prime minister’s shoulders.

In an to Karan Thapar for The Wire, Guha delivered a further sting in the tail when he asked the questions – “Can Modi change?” and “Will his personality allow that?” – and answered by saying Modi would have to become like Maharashtra Chief Minister Uddhav Thackeray who has deliberately and successfully moved from the “fascist” positions espoused by his father, Bal Thackeray, to become more middle-of-the road and politically mainstream.

In his interview to The Wire, Guha identified three of Narendra Modi’s traits which he says lie behind the mishandling of COVID-19. The first is his “suspicion of experts and expertise”. Guha said Modi has “explicit contempt for education”. His comment that he “prefers hard work to Harvard” exemplifies this, he added.

Guha says Modi has himself said he does not want experts. Modi thinks he knows better than them. Guha says the only experts he consults are those who say what he wants to hear.

“The fall-out of the COVID-19 pandemic would have been far less serious had the PM based his policies on the advice of India’s top epidemiologists rather than his penchant for the spectacular and dramatic,” he said,

Also read: Kumbh 2021: Astrology, Mortality and the Indifference to Life of Leaders and Stars

Guha calls the banging of thalis, lighting of candles and switching-off of lights for nine minutes on April 5, 2020, at 9 pm “pure juju and superstition”.

The second character trait Guha identified is Modi’s “cult of personality”. He says Modi has a desire to take credit for everything. He simply dismisses the good work done by previous governments. As far as his own government’s performance is concerned, Modi ensures all blame accrues to state governments and the opposition. His cabinet ministers are made to answer for what has gone wrong. Modi claims the credit only for what has gone right.

Guha told The Wire that Modi has surrounded himself with yes-men and loyalists. Several outstanding IAS officers have been shunned because their intelligence and efficiency might have outshone the PM. Guha said Modi is consumed by his own “vanity ” and “megalomania… He is in love with himself.”

The third character trait defined by Guha is that Modi “remains a sectarian Sanghi at heart”. Guha referred to both the “absolutely communal” West Bengal campaign and the fact Modi has permitted massive Kumbh Mela shahi snans knowing they could exponentially spread the virus. He contrasted the way the Modi government stigmatised and targeted the Tablighi Jammat last year with its silence and ready acceptance of lakhs of Hindus performing collective snans at Haridwar.

Speaking of Union home minister Amit Shah, Guha said that right through the pandemic his two main concerns have been how to win power in West Bengal and how to de-stabilise the government in Maharashtra and return to power in that state.

Rounding off the interview, Ram Guha said that not only is the Prime Minister “principally to blame” for India’s mishandling of COVID-19 but he is also the reason why instead of “acche din” we have “burre din” in terms of the economy, society and the country’s international image.