Watch | 'Modi Govt, EC, SC and Media – All Institutions Have Let India Down in COVID Crisis'

One of the country’s foremost lawyers, Dushyant Dave tells The Wire that the government’s failure to anticipate a second wave and prepare for it was a 'criminal' one. 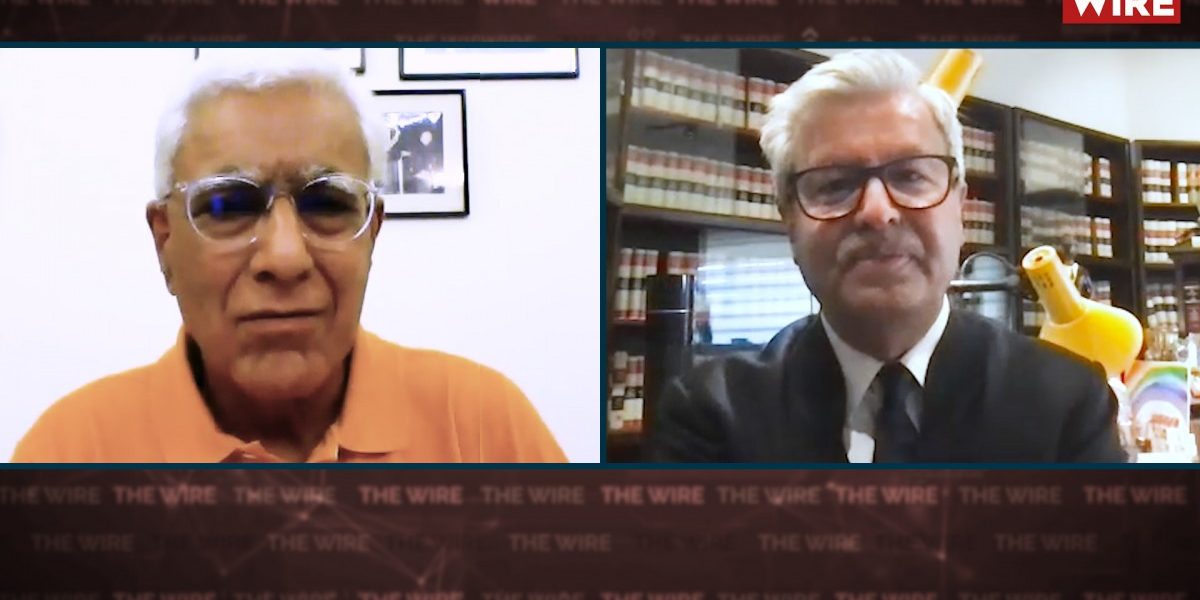 All of India’s critical and leading institutions have let down the country during the present COVID-19 crisis, even though it is by far the worst crisis faced by India since Independence. This is the view of one of the country’s foremost lawyers and a former president of the Supreme Court Bar Association, Dushyant Dave.

In a 33-minute interview to Karan Thapar for The Wire, Dushyant Dave was particularly critical of the Modi government’s handling of the COVID-19 crisis. Prefacing his comment with his personal belief that if Modi fails India will head towards anarchy, Dave said “Modi is doing everything to fail.”

He said the government’s failure to anticipate a second wave and prepare for it, when second waves have happened in almost all European countries and the US and been far worse than the first, was “a criminal failure.” He said the government had “failed disastrously”. Comparing the Modi government to a private sector company’s response to a widely predictable crisis, Dave said if a private company had been similarly irresponsible all its directors would have been arrested.

Dave said that Modi never anticipated the magnitude of the problem and was therefore never prepared to handle it. In particular, he criticised the government’s failure to come up with a proper national disaster management plan to handle the crisis.