In conversation with economist Pronab Sen. 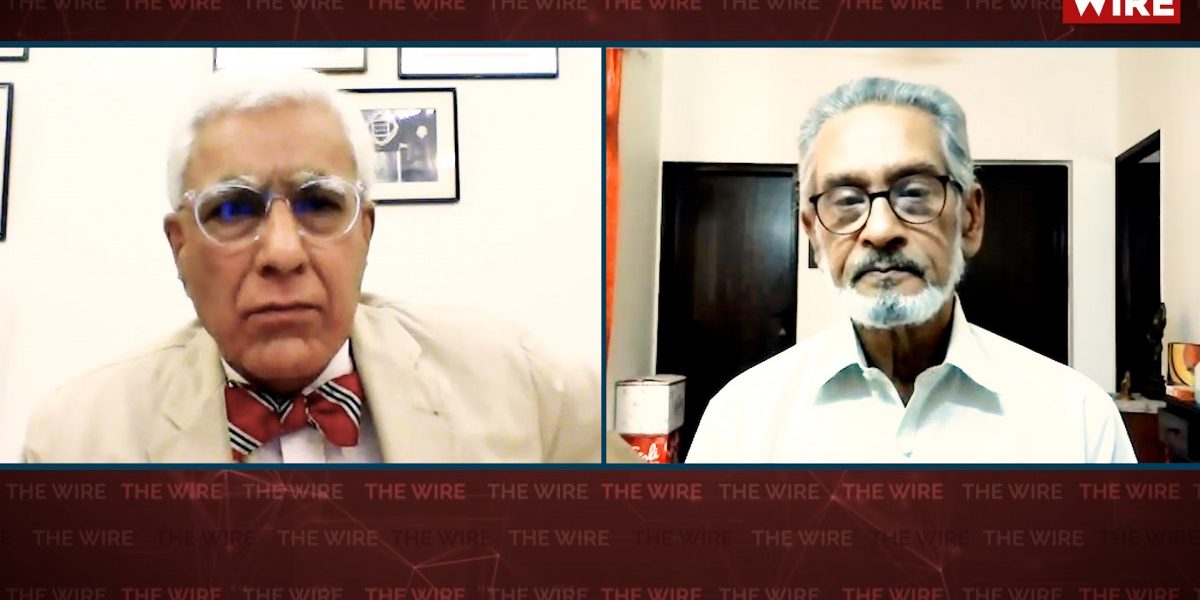 In a tour d’horizon interview that comprehensively explains the likely impact of panic, as a result of the surging number of COVID-19 cases as well as the proliferating lockdowns, on the economy, one of India’s most highly respected economists and the country’s former chief statistician says that he believes the fear that is prevalent and growing as well as the uncertainty about lockdowns and how long they will last could make this year worse than last year.

Professor Pronab Sen also says that whilst everyone in the country was fooled into believing India had vanquished the virus it was, nonetheless, the government’s duty to make contingency plans in the event that wasn’t the case, and its failure to do so is “irresponsible”. As a result, he says, 11% GDP growth this year cannot be achieved. To do so would mean the economy has to grow beyond the GDP levels of 2019-20 and that, he says, won’t happen.

This also means the government’s hopes of a V-shaped recovery will not be fulfilled. At best it could be an extended U. In fact, even earlier, it was more a K than a V.

As regards manufacturing, Sen said the real issue is what’s going to happen in terms of employers keeping factories open without vaccination. Will employees be willing to work full time in these circumstances? Will employers stagger times or stagger days?

However, Sen’s greatest concern was agriculture which, last year, was a sector which kept the rest of the economy buoyant. He said this year things could be different. Whilst agricultural production may not suffer too much – 2-3% levels may still be possible, which is marginally below last year’s 3.4% – he was worried about the impact on rural income and rural demand. He believes incomes will fall and, on top of that, fear will suppress rural demand. If that happens the ability of rural demand to keep the rest of the economy going will also diminish.

Speaking about the proliferating regional lockdowns, Sen said the problem is that “everything about policy action in terms of lockdowns is uncertain”. He said, “There’s absolutely no certainty and this uncertainty is a lot more damaging.” He said it will have a rippling effect on investments, which will seriously suffer.

Sen also suggested that uncertainty about lockdowns could force people to make certain purchases in advance. Although he did not spell it out, the suggestion was that this could have an inflationary impact.

When asked what he believes would be the impact of this uncertainty, fear and lockdowns on GDP this fiscal year, Sen said: “I hesitate to make projections because we are faced with a degree of uncertainty that makes any projection completely speculative.”

He made clear that he was particularly worried about the size and scale of reverse migration. This year, unlike last year, it isn’t just the lockdown that is driving workers back to their villages but also fear of the virus and the panic that has created. He further added that whilst we can detect the size and scale of migration from big cities like Delhi, Bombay, Bangalore, it’s the migration from tier-2 and tier-3 cities – where he believes most migrants happen to be – that is much more difficult to assess.

Sen also spoke about the steps the government has taken to protect the weak and vulnerable as well as those it has so far failed to take.

He said that the announcement of five extra kilos of food grain for 800 million beneficiaries of the National Food Security Act for two months is a good step and the failure to announce additional income support is not such a problem because “last year’s experience of income support wasn’t great”. However, he conditioned his answer by saying that the five extra kilos of food grain must be given before each beneficiary’s normal entitlement rather than afterwards, because then it would act as income support by another means.

He also said that the government needs to increase the MNREGA allocation, possibly more than it did last year. He said MNREGA would be a lifeline not just for migrants who have returned to their villages but also for rural India, which could see incomes falling even though production remains more or less the same as last year.

Asked specifically by The Wire if he believes the government’s response to the developing situation is adequate, Sen said, “At the moment I haven’t seen any response worth the while.” He added that “unless action is taken now there can be serious damage” to the economy. He said, “Time is not on the government’s side… the time to act is now.”