Why did the Government of India not purchase 50 million doses of Covishield instead of mixing Covaxin and Covishield doses in the vaccination drive? A paramedic receives a dose of Covishield at the Civil Hospital, Ahmedabad, January 29, 2021. Photo: Reuters/Amit Dave

Mumbai: The Serum Institute of India, Pune, is sitting on over 55 million doses of Covidshield and has temporarily halted production of more because there is no offtake from the government, according to sources familiar with the matter. And this delay persists despite a need for doses going even by the government’s own goal of administering 3.33 million per day.

Though the company has refused to comment on this matter, sources say the Confederation of Indian Industry (CII) is furiously lobbying the government to pick up the unused Covishield stock and put it to better use.

“The government needs to get out of the way instead of trying to control all aspects of the vaccination programme,” a CII source said, requesting anonymity. “Just as they delayed testing at the start of the pandemic by insisting no private establishments could conduct tests, they are messing up the vaccine rollout with excessive micro-management.”

Sources in the Maharashtra government, which was expecting more doses, were noncommittal about the lack of availability, even though SII is based in Pune. They also refused to share further details. Meanwhile, 2 million doses of Covishield left for Brazil last week as part of an export consignment. 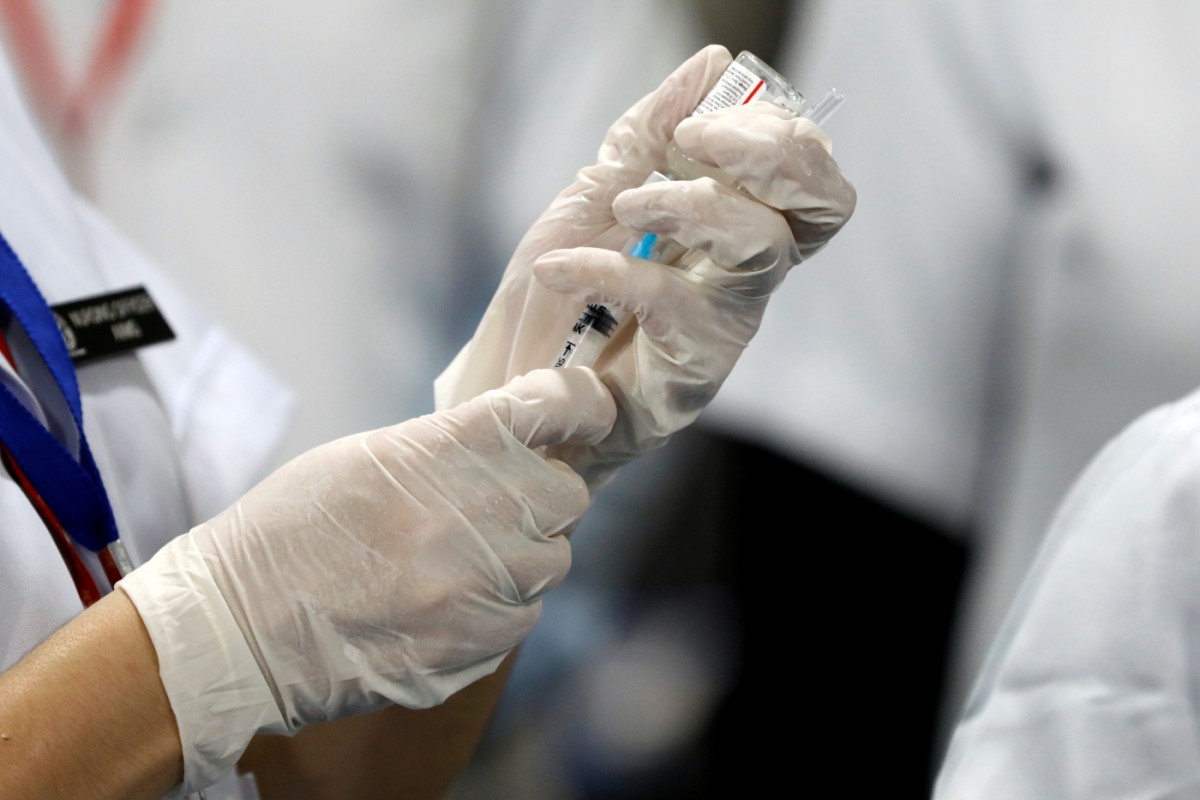 On January 3, 2021, the Drug Controller General of India (DCGI) Dr V.G. Somani approved two vaccine candidates, Covaxin and Covishield, for “restricted use” in “emergency” conditions. The Central Drug Standards Control Organisation (CDSCO), which the DCGI heads, simultaneously issued the corresponding licensing forms to the candidates’ manufacturers – Bharat Biotech and Serum Institute, respectively – authorising them to produce doses for the government’s use.

First, senior ministers of the national government have celebrated Covaxin as a success of its ‘Made in India’ and ‘Atma Nirbhar’ (self-sufficiency) programmes. However, independent experts, researchers, medical workers and health activists have expressed profound concerns with Covaxin’s approval considering the DCGI did not have data from Bharat Biotech’s phase 3 clinical trials of the vaccine. Such data is necessary to ascertain that Covaxin has the requisite efficacy and long-term safety to warrant inclusion in a national vaccination drive.

Second, Serum Institute of India is the world’s largest manufacturer of vaccines (by volume). With the assistance of Principal Scientific Adviser K. VijayRaghavan and Department of Biotechnology secretary Renu Swarup, it had stockpiled 50 million doses of Covishield by the time the DCGI granted his approval, with a stated ability to manufacture 10 million doses more in a month and 300 million by July 2021.

Taken together, these points beg one question: why did the Government of India not purchase 50 million doses of Covishield, and tack on an agreement with Serum Institute to supply more doses a month, instead of mixing Covaxin and Covishield doses in the vaccination drive? Especially when it is committed to vaccinating 300 million people by July 2021.

A virologist The Wire spoke to also said Covaxin and Covishield are likely to be equally efficacious against COVID-19 infections caused by new novel coronavirus variants – and that there couldn’t be a medical reason to ask Serum Institute to sit on its stockpile.

Covaxin’s phase 3 clinical trials got underway in early December 2020 or so, and Bharat Biotech and the Indian Council of Medical Research (ICMR) – which helped the company develop the vaccine candidate and expedite clinical trials – achieved the goal of 26,000 recruited volunteers only in early January 2021. This means preliminary data from the trial of significant quality could be available in early April.

In this time, instead of endangering vaccine recipients – particularly frontline and healthcare workers and elderly people lined up in the first stages of the drive – by administering a vaccine candidate of unknown efficacy and long-term safety, the government could have deployed Covishield. And once the CDSCO and the DCGI are satisfied with the data, if they are, the government could have rolled out Covaxin. 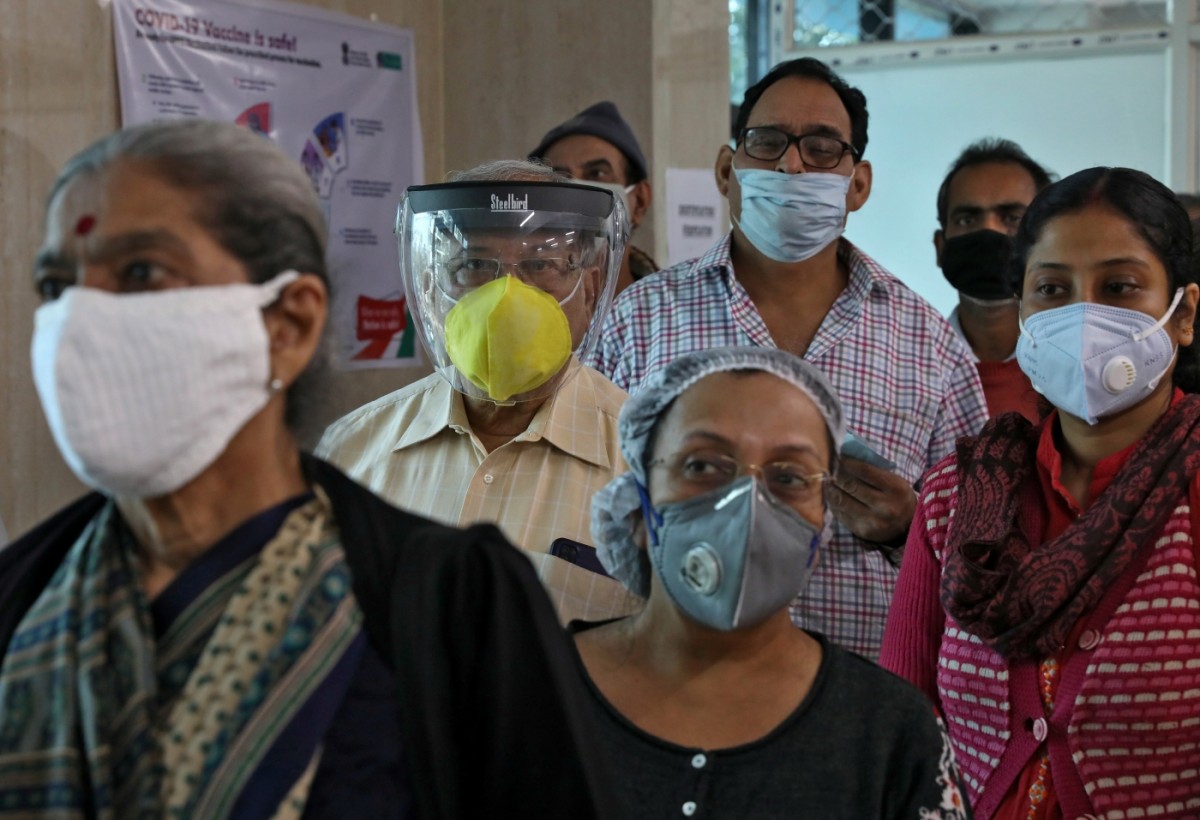 Serum Institute CEO Adar Poonawala had said in November 2020 that Covishield wouldn’t be available in pharmacies or in the private market before March 2021 and that the government had estimated it would purchase 300-400 million doses by July. Production plans were made keeping in mind this schedule.

While some experts have suggested open market sales by Serum Institute might be one way to get around the government’s sluggish vaccination programme, the rules as they stand don’t permit this for at least the next few months.

Serum Institute is currently conducting bridging trials in India for Covishield, and they conclude in March. Since Covishield is a rebranded version of a vaccine candidate whose phase 3 clinical trials were conducted abroad, the CDSCO required Serum Institute to conduct a bridging trial in India to ascertain Covishield’s immunogenicity and safety in an Indian population.

Also read: COVID-19 Vaccines: What We Lose When We Lose Public Accountability

The New Drugs and Clinical Trial Rules 2019 stipulate that a manufacturer can’t receive an open-market license until phase 3 trials are complete. It is not clear if this limitation applies to bridging trials as well. But if it does, Serum Institute will have to wait until the trials are complete and the CDSCO is satisfied with the data to hit the private market. The company will also have to secure a price approval from the National Pharmaceutical Pricing Authority (which it doesn’t yet have).

For now, the CDSCO’s license allows the companies to manufacture their respective candidates’ only doses for the government’s “immunisation programme”.

“The short answer is that approval [for open market sales] shouldn’t be granted until clinical trials are completed,” Murali Neelakantan, principal lawyer at Amicus, told The Wire. “Given that the DCGI believes that [emergency authorisation] can be granted at any time, and did so for other drugs like favipiravir, remdesivir and itolizumab without trial data on efficacy, nothing stops them from using that same rationale for approving the vaccine.”

“I believe that the new clinical trial rules have been short-circuited and politics has ignored science and the law, and nothing gives me any assurance that it won’t happen again.”

Serum Institute’s agreement with AstraZeneca, the original maker of the vaccine candidate that Covishield is derived from, prevents the company from exporting Covishield doses to the economically developed world. However, the Government of India has been conducting ‘vaccine diplomacy’ with Covishield doses by either selling to other governments or sending them free of cost for goodwill.