The park is a tiger reserve and its use for non-forest purposes is in clear violation of Wildlife (Protection) Act, 1972 and Forest (Conservation) Act, 1980. 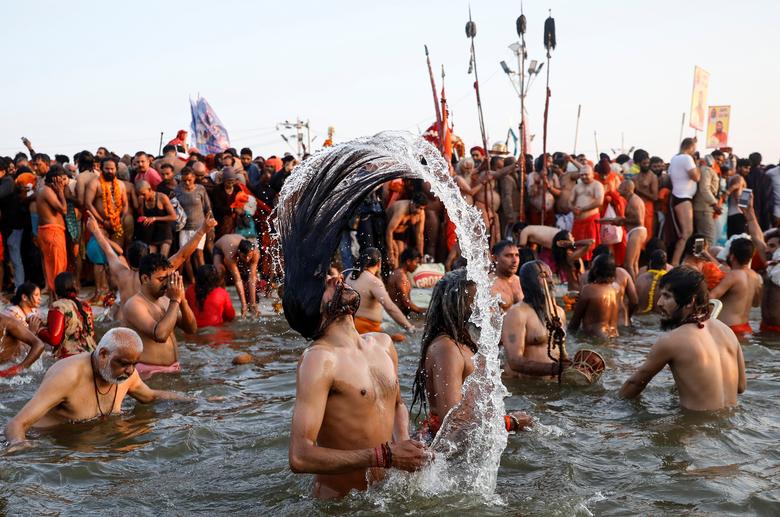 Jaipur: The Uttarakhand Forest department on Monday issued a proposal to transfer 778 hectares of Rajaji National Park and Narendra Nagar Forest division to the Kumbh Mela Samiti in order to initiate ‘temporary’ construction for the Kumbh Mela scheduled in 2021.

The proposed area of the national park is intended to remain with the Kumbh Mela Samiti for over nine months, beginning from September 1, 2020, to May 31, 2021.

In a letter dated April 20, 2020, accessed by The Wire, DJK Sharma, Additional Principal Chief Conservator of Forests, Uttarakhand (APCCF) and nodal officer of the Forest Advisory Committee (FAC) wrote to state Principal Secretary (Forest), “The proposed venue for Kumbh Mela is surrounded by reserved forest area of the Rajaji National Park and Narendra Nagar Forest division. Kumbh is estimated to be visited by over 10 crore people and these forest areas have vacant fields available which could be used to construct camps, parking, police check posts and health camps for them.”

“Since Kumbh Mela is an important festival as per the Hindu traditions, the Central government must consider temporary use of forest land for non-forest purpose [Kumbh Mela] as an exception and get it issued through FAC,” he added to the letter.

Speaking to The Wire, DJK Sharma, APCCF, Uttarakhand said, “Kumbh Mela happens once in 12 years and it is significant as per Hindu traditions, the forest land would only be used for temporary construction of facilities for the visitors. All this will take time, that’s why, we proposed that the land be transferred to Kumbh Mela Samiti in September itself. Needless to mention that the forest department will have control over the area during this period.”

Rajaji National Park is a tiger reserve with a significant population of tigers and its use for non-forest purposes is in clear violation of Wildlife (Protection) Act, 1972 and Forest (Conservation) Act, 1980.

“Not an inch of any National Park can be put to use for non-forest purposes. Section 35 of the Wildlife (Protection) Act clearly forbids any such activity in a protected area,” Ritwick Dutta, environment lawyer and founder of Legal Initiative for Forest and Environment (LIFE) told The Wire.

Also read: How Do Forest Officials Protect the Forests During the National Lockdown?

Notably, in October 2019, the Ministry of Environment, Forest and Climate Change (MoEF&CC) had issued an order permitting the temporary use of forest land – which is not a part of the protected area – without the prior approval of the central government which drew severe criticism from environmentalists.

The state government/union territory administration may authorise officer not below the rank of Divisional Forest Officer (DFO) having jurisdiction over the forest land proposed to be utilised temporarily, to accord permission for temporary use,” the 2019 order had stated. 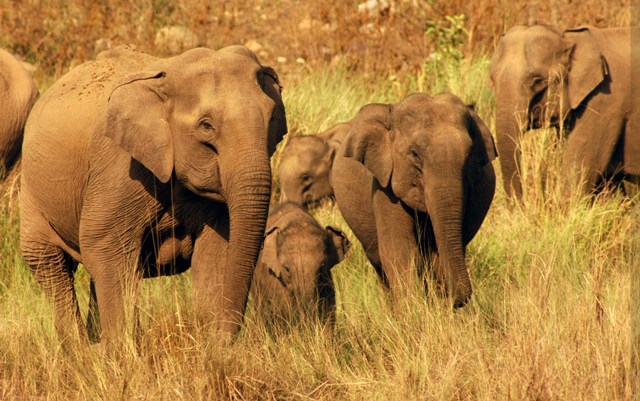 A group of wild elephants in the Rajaji National Park. Photo: rajajinationalpark.co.in

The time period for temporary use of forest land was fixed for a period not exceeding two weeks.

However, in this case, the proposed forest land for Kumbh Mela activities falls in a protected area and the nine months time period, for which the land of the Rajaji National Park and Narendra Nagar Forest division is sought for temporary use, exceeds the two weeks limit imposed by the MOEF&CC. Protected area refers to a National Park, a sanctuary, a conservation reserve or a community reserve notified by the state government.

Vimal Bhai, an activist based in Uttarakhand said that the Bhartiya Janta Party (BJP) government is only concerned about privatising the Kumbh Mela. “In the past, they have tweaked even the Ganga flow for Kumbh Mela, using a National Park won’t be a big deal for them.”

Also read: How the Proposed Highway Through Pakke Tiger Reserve Could Endanger the Forest

The thrust of the Forest (Conservation) Act, 1980 is to impose restrictions on the use of forest land for non-forest purpose (de-reservation of forests) without the prior approval of the central government. The 1988 amendment in the Act prevented the transfer of forest land to private persons even for reforestation.

Section 2 of the Act says:

“Except with the prior approval of the Central Government, no State Government or other authority shall make order directing (i) reserved forest to not remain reserved
(ii) using forest land for non-forest purposes
(iii) assigning forest land by lease or other instrument to any private entity
(iv) clearing forest land of trees which have grown naturally, for using it for afforestration”

The explanation may not be exhaustive, however, the fact that the Act has explicitly kept out the construction of even check-posts, fire lines, fencing, bridges, dams among other, essential for conservation, development and management of forests and wildlife, shows the intent of the law-makers to prevent any sort of construction over the forest land.