The priests have been demanding dissolution of the Board since its constitution in 2019, as they say it seeks to enrich industrialists at their expense and has also been interfering in the traditions of the shrines. 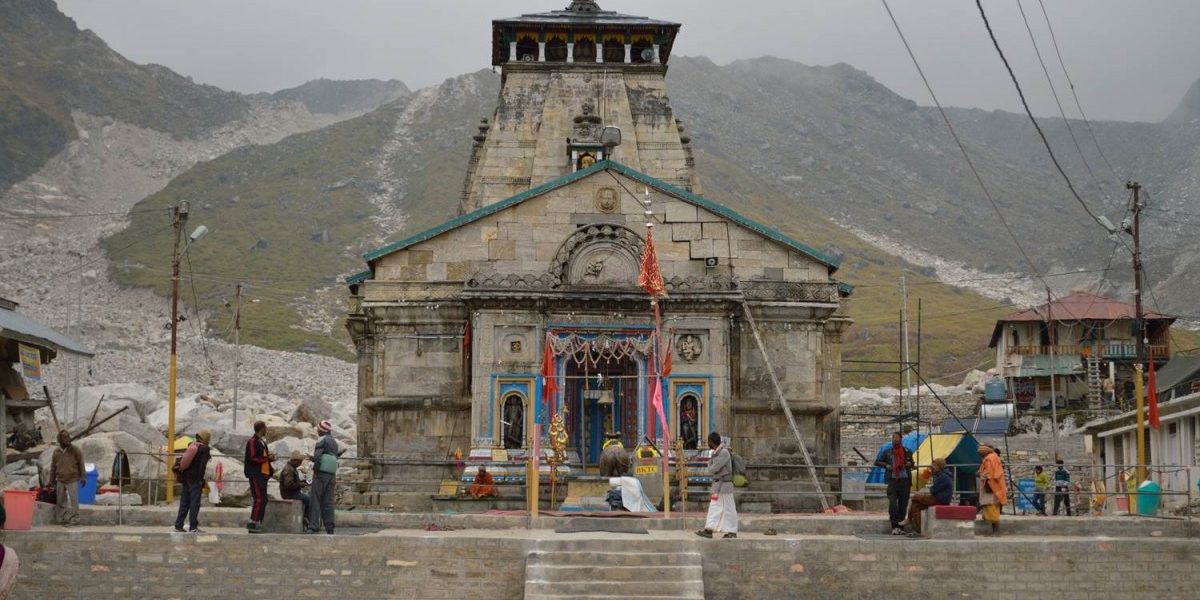 New Delhi: With protests from priests of various temples in the state mounting to seek dissolution of the Uttarakhand Char Dham Devasthanam Management Board, the state’s chief minister, Pushkar Singh Dhami, has finally decided to meet representatives of the priests on September 11. The priests say the Board is trying to usurp their earnings and reduce their say in the functioning of shrines.

Talking to The Wire, Vinod Prasad Shukla, president of the Teerth Purohit Samaj Shri Kedarnath, said a letter has been received for the meeting. Shukla said though it was projected that Dhami met some of them last month, that was not the case. “We did not have any meeting with the chief minister earlier. He had only met with the MLAs of Kedarnath and Badrinath then, none of our representatives had attended that meeting.”

But now, he said, as the chief minister’s letter has been received, the priests of the state will once again forcefully demand that the Devasthanam Board be scrapped.

Interests of priests ignored; industrialists and government stand to gain

“Our stand is that the Act they have made to constitute the Board has nothing in our interest. They have spoken about development but made industrialist Mukesh Ambani’s son Anant Ambani a member of the Chardham Devasthanam Board. Now you imagine how they are bringing the moneybags to Uttarakhand and telling us to vacate our lands so that they may be transferred in the name of Ambanis, Tatas or Birlas,” charged Shukla.

Shukla, who is spearheading the protests in Kedarnath, had in August declared that from September 1, teerth purohits and other stakeholders will protest at Rudraprayag district headquarters to intensify their two-month-long agitation for seeking abolition of the Devasthanam Act. He had also insisted that the priests would not compromise on the demand.

In view of the growing voices in favour of the move, Dhami, who had taken over the reins of the state in July this year, had formed a committee to submit a report on the issue after talking to all stakeholders. The priests are now hoping for an early resolution to their demands.

`Board interfering in temple traditions, denying activities permitted over ages’

On what prompted the move against the Board, Shukla said, “The new Act says that no construction would be allowed within a 200 metre radius of any temple. But where did this law come from? They did not take us into confidence, the decision was taken without even consulting us. Is it the responsibility of the government to run temples? For centuries we have been running these temples, but now the government says it wants to run them.”

He insisted that the government should ideally focus on development activities that provide employment to the youth. “They should open more industries across the country.”

But, he said, through the Board, the government was eyeing the earnings of the temples and interfering in their functioning. “Now they have set their sight on these Chardham temples and have started interfering with the traditions too. The doli of Kedarnath baba used to be carried on foot from Ukhimath to Kedarnath and back. But now they have broken that tradition by taking it by a vehicle.”

Shukla also accused the Board of arbitrarily changing the prayer and bhog timings at the main Kedarnath shrine. “The prayers that were performed at Brahma Muhurta or from 3:40 am have been changed by the government to be held at 7 am. Likewise, the Bal Bhog of ‘Baba’ which used to be at 4:30 am has been arbitrarily changed to 6 am, and similarly his evening bhog which used to be at 4 pm is now taking place at 12 noon. The Board is acting as per its whims,” he said.

Shukla said the decision making has been taken over by the Board, which is chaired by the chief minister and has the minister for religious affairs as the vice-chairman. He said the Board has placed enormous powers in the hands of the chief executive officer, who is an Indian Administrative Service officer.

“There are 22 IAS officers operating in the Board. So are we now required to work as per their diktat. Their aim is to corner the earnings of the temples,” he charged.

Many shrines, temples were placed under Board

As many as 51 temples in Uttarakhand, including the four famous shrines of Badrinath, Kedarnath, Gangotri and Yamunotri, were placed under the Devasthanam Board in 2019. Following continued opposition to the move, former chief minister Tirath Singh Rawat had in April this year, just a month after assuming office, announced that the government would remove the management of these temples from under the control of the Board. However, that decision has still not been implemented.

Shukla said the government wants to control these temples by placing its men in important positions. “The CEO has been given enormous powers under the scheme. Now he decides what building or structure would come up around the roads, who will operate there and who will be allowed to set up shop there. Even when it comes to keeping or operating mules or horses, the Board now decides their rates and charges a commission from the owners. If the rate is Rs 1,500, they charge Rs 500 from the owner. Then they also take the contract for the operations and only pay the owner a fixed amount. So the government walks away with the bulk of the earnings.”

Also read: The Aftermath of the Chamoli Disaster in February Is Still Playing Out

The Board, he said, has also taken decisions which have impacted the livelihood of thousands in the region. “Earlier people from Gaurikund used to come to Kedarnath for work, but now they have shooed them away. They tell them to get the government slips, saying only those authorised by the Board can operate shops in the area. So the business of the valley people, which had been going for ages, has been impacted in this manner.”

`Livelihood of over 50,000 impacted in Kedarnath valley alone’

Overall, Shukla insisted, that there must be around 50,000 people in the Kedarnath valley alone who have been affected by these decisions.

It is because of the widespread anger against the government’s move that the Vishwa Hindu Parishad also passed a resolution last month seeking scrapping of the Uttarakhand Char Dham Devasthanam Act.

In a statement, following a meeting on the issue, its central joint general secretary Surendra Jain had said that “VHP firmly believes that management and control of shrines, temples, and muths should be freed from government control. It should be done by religious, spiritual, and stakeholders of temple committees only. The government should reconsider its decision on this aspect and revoke the Act.”