Rice from the Food Corporation of India will be sold at a subsidy to private distilleries while India fares badly on hunger indicators. 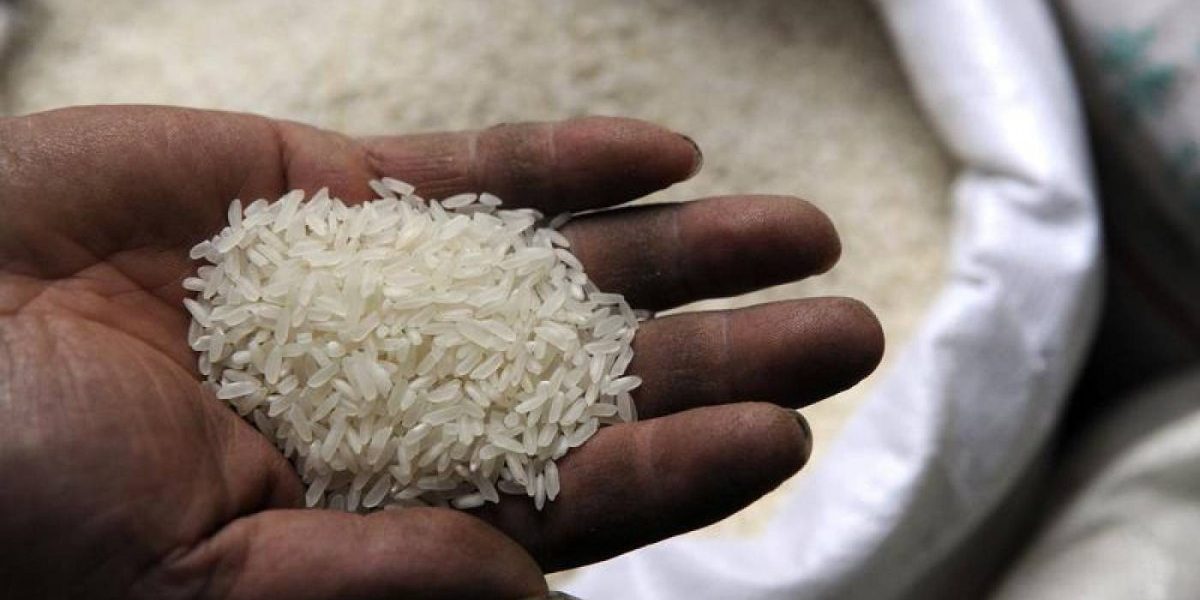 A person holds rice grains in their hands. Photo: Reuters/Files

New Delhi: Notwithstanding the fact that India has found itself at the bottom of the heap in the Global Hunger Index 2020 – ranked 94 in a list of 117 countries – the Narendra Modi government has allocated 78,000 tonnes of rice for private industries at subsidised rates. This rice, originally procured from farmers for distribution amongst the poorest sections of society, will be used by distilleries for producing ethanol which will be blended with petrol to ultimately reduce India’s oil imports.

India has fallen behind its neighbours Pakistan (88), Bangladesh (75), Nepal (73) and Sri Lanka (64) in the Global Hunger Index that was released in October last year. But the bonanza the government has promised to the corporate sector does not end with providing subsidised rice alone from the Food Corporation of India (FCI). It also comprises cheap loans, through interest subventions, for sugar manufacturers and distilleries to expand their ethanol producing capacities. There is no word, however, as to who will bear the cost of the subsidies and interest subventions given to private industries.

Furthermore, these industries will no longer have any environmental obligations too. For expanding infrastructure to produce ethanol from food grains, sugar manufacturing units and distilleries have been exempted from mandatory prior Environmental Clearances.

These policy decisions have been taken by the Modi government notwithstanding the fact that India has also fared poorly in implementing the United Nations mandated Sustainable Development Goals for the year 2030 that includes eradication of poverty and hunger, reduction of inequality and ensuring responsible consumption and production. India ranked a measly 120 in a list of 165 countries – behind sub-Saharan African countries of Gabon (111), Botswana (115), Namibia (116) and Kenya (118) – in the Sustainable Development Report 2021 that was released by the United Nations on June 14.

What seems most inexplicable is the fact that the Modi government has decided to provide rice to private distilleries at a subsidised rate of Rs 2,000 per quintal, while a reserve price of Rs 2,200 per quintal has been fixed upon state governments for purchasing any quantity of it over and above their requirement for the public distribution system (PDS). State governments, which might actually be in need of more rice for public distribution owing to the COVID-19-induced economic crisis that has pushed many families into poverty, have been denied the subsidy that has been offered to private distilleries.

“It is a fact that state governments are, at this point of time, stressed for revenues, due to the decline in economic activities owing to the COVID-19 pandemic. A number of families have been pushed into poverty but they cannot obtain PDS rice since they are not technically qualified for it. At this point of time, the Central government needs to ramp up its distribution of food grains in order to meet the crisis. But if the Central government has acquired rice – to a point where FCI godowns are bursting at the seams – but is not distributing it to the needy, it is acting like a hoarder,” economist Dipa Sinha of the Right to Food Campaign told The Wire.

The decision to provide subsidised rice to private distilleries but costlier rice to state governments was taken by the Department of Food and Public Distribution through two separate orders issued on April 30. On the same day, the department also issued five different lists of distilleries that will be provided financial assistance in order to expand their production infrastructure for generating ethanol from food grains including rice. Of the 418 industrial units selected for the purpose, more than 70 are located in Uttar Pradesh alone that goes to polls early next year.

There exists a certain section of agricultural experts in the country who support the policy of diverting food grains for other purposes on the back of the argument that India has attained the status of a food-surplus economy since FCI godowns are filled to the brim. Nothing can be farther from the truth – as per the estimates of the Union government itself, net per capita availability of food grains has actually fallen over the past 30 years, ever since India opened up its economy to the world.

Latest data compiled by the Directorate of Economics & Statistics of the Union Ministry of Agriculture and Farmers Welfare reveal that while 80.9 kg rice was available per head per annum in the year 1991, this availability had drastically declined to 70.1 kg in 2019. The total amount of food grains available per annum to an Indian in the year 1991 stood at 186.2 kg. Again, this had fell to 180.5 kg in the year 2019! Provisional estimates for the year 2020 only show a very marginal increase in average per annum net availability of food grains (187.1 kgs) as compared to the year 1991.

The Modi government has set an ethanol blending target of 20% to be achieved by the year 2025 in accordance with the policy set out in its Ethanol Blended Petrol Programme. Approximately 189 crore litres of fuel-grade ethanol were produced in the country in Ethanol Supply Year 2018-19, that is, from December 2018 to November 2019, thereby achieving a blending of 5%. The government estimates to produce 300 crore litres of fuel-grade ethanol in 2020-21, thereby achieving a target of around 8.5%.

As per estimates of the Union Ministry of Consumer Affairs, Food and Public Distribution, about 35 lakh tonnes of sugar will be diverted for ethanol production in the next sugar season, that is, October 2021 to September 2022. The Central government aims to divert around 60 lakh tonnes of sugar for ethanol production by the year 2025. It has also been estimated that in the past three seasons, revenues amounting to Rs 22,000 crore was generated by sugar mills and distilleries through the sale of ethanol to oil marketing companies. As compared to diversion of rice for ethanol production, which is a first for India, experts say that diversion of surplus sugar is a more desirable option.

“India produces around 50 to 60 lakh tonnes of surplus sugar every year. If this is diverted to distilleries for producing ethanol, it will go a long way in improving the financial conditions of sugar mills and help them clear their long-pending dues of cane farmers. The problem is that if sugar prices are high, sugar companies may not go for ethanol,” said former Union agriculture secretary Siraj Hussain.

The Modi government’s leeway to distilleries in the form of exempting them from mandatory environmental clearances before expanding their infrastructure for production of ethanol from food grains also comes on the back of India’s poor track record in ecological matters. India has ranked 168 in a list of 180 countries in the biennial Environment Performance Index 2020 released last June by Yale University. Only Afghanistan (178) had ranked below India from amongst all countries in South Asia in this list.

The exemption from environment impact assessment, announced through an extraordinary gazette notification issued on June 16 by the Union Ministry of Environment, Forests and Climate Change, came barely 24 hours after Union food secretary Sudhanshu Pandey’s press conference during which he announced the quantum of food grains that will be diverted from food consumption to ethanol production. The ministry has placed sugar manufacturing units and distilleries under B2 category of industries in the Environment Impact Assessment (EIA) Notification, 2006 through this notification. Industries in this category do not need to assess potential adverse impacts on the local ecology before commencing operations. Not only that, the ministry has also exempted these industrial units from obtaining any authorisation from the local government authorities before diverging into ethanol production. A self-certification from the industries is all that is required now.

Ayaskant Das is a journalist and author.