What masquerades today as an argument for constitutional morality or political propriety is actually a mask for the politics of malice, vendetta and plain bullying. 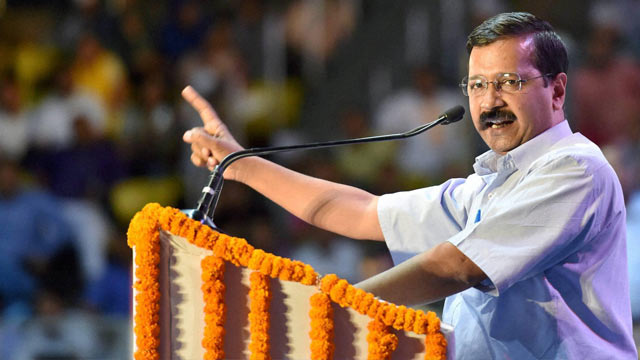 The rationale behind the “office of profit” (OoP) provision is the doctrine of separation of powers. It believes, as French political thinker and lawyer and Montesquieu stated:

“that the functions of government should be performed by distinct organs consisting of different bodies of persons so that each department should be limited to its own sphere of action without encroaching upon the others, and that it should be independent within that sphere.”

In other words, a conflict of interest may arise between an elected member of  parliament and an officer of the government who is expected to act independently of political interests. The expectation is that a person cannot exercise his/her functions independently of the executive of which s/he is also a part.

The rationale behind the exception stems from the nature of the Indian executive. The Indian executive is a parliamentary executive, which means that the executive – the cabinet minsters, the deputy ministers and the ministers of the state, i.e together the council of ministers – are also members of the legislature, and hence play an important part in both the making and enforcing of law.

In the Westminster model that India inherited, the principle of separation of powers is not ideally entrenched. Many members of the legislature will be entrusted with official positions in the government. The logic of exemption lay in the nature of the overlapping jurisdictions between the executive and parliament. Therefore, a need arose to exempt certain members from disqualification if they were simultaneously members of the legislature and holding an office with pecuniary (monetary) benefits.

This list was further expanded in 1959 to expand the offices exempted from OoP disqualification to include leader of opposition; deputy chairman, Planning Commission; sheriff; chairman, director or member of any statutory or non-statutory body; chairpersons of the National Commission for Minorities, Scheduled Castes and Scheduled Tribes, women; and a few other offices.

As if the exemptions were not exhaustive enough, the list was yet again expanded after the Jaya Bachchan v. Union of India case in 2006 (where Bachchan challenged the decision of the Election Commission disqualifying her membership to Rajya Sabha, and her challenge was dismissed by the SC) to include chairperson of the National Advisory Council, the office of chairman, deputy chairman, secretary or member in any statutory or non-statutory body, trustee specified in the schedule.

All it required is what Article 102(1)(a) and  191(1)(a) mandated: a legislation exempting particular office/s, stated in the list, from disqualification as OoP.

There is no doubt that this expansive list of offices exempt from the OoP category reneges on the principle of separation of powers and is a testimony to the growing power of the executive. The power of the executive in  parliamentary democracy already tilts in its own favour by virtue of the executive being a parliamentary executive. But then this is in the nature of this democracy where anomalous and contradictory principles and jurisdiction co-exist, sometimes in a conflictual manner, at times uneasily, and depending on the political grace of ruling regime, even at times happily.

The controversy in Delhi

At the centre of the current controversy is the disqualification of 20 Aam Aadmi Party (AAP) members from their membership to the Delhi assembly on grounds that they held offices of profit as MLAs. In 2015, AAP had appointed 21 legislators as parliamentary secretaries, a month after the Arvind Kejriwal-led Delhi government took office. Thereafter, in June 2015,  the government sought an amendment to the Delhi Members of Legislative Assembly (Removal of Disqualification) Act, 1997.

“Kejriwal’s strategy was to not pass a new enactment de novo but simply tweak the existing provisions so that after the words ‘chief minister’, the words ‘and minister’ were added. This meant that secretaries were permissible not just for chief ministers but all ministers, and these posts could not be deemed ‘offices of profit’.”

Basically, through the Bill, AAP wanted “retrospective” exemption for the parliamentary secretaries from the disqualification provision.

No principle of constitutional or political precedent could have prompted Lieutenant Governor Najeeb Jung to not accede to this. It was with malice that he reserved the matter for the president, who went on to deny assent. With the president refusing assent to the Bill in June 2017, the 20 ruling party MLAs were left with no legal backing for holding the post of parliamentary secretaries.

Now since there is no “law” exempting the parliamentary secretaries from disqualification, their appointment became open to legal challenge. The Congress, that had passed a similar retrospective law in 2006, decided to call the kettle black and petitioned the EC to disqualify these MLAs. Thereafter, the EC rejected a petition by the MLAs to drop the office of profit case and found the case fit for presidential assent. The EC took cognisance of the presidential decision against signing a Delhi government’s Bill to exclude the post of Parliamentary Secretary from the ambit office of profit. The EC’s decision to recommend the disqualification of 20 AAP MLAs for holding an “office of profit” has been approved by President Ram Nath Kovind, bringing down the party’s strength in the assembly to 46 and paving the way for bye-elections in the national capital.

To give the EC the benefit of its stature, let us presume that it is acting only at the behest of a combination of legal provisions, judicial precedents, and political propriety. Let’s see what the record on these have been thus far. Remember, there are constitutional provisions for exemption laws. The only thing not mentioned in these provisions is the AAP action of retrospective legislation of drawing the list of exemption-from-disqualification.

In the benchmark OoP precedent, the Kanta Kathuria case (Rajasthan, 1969), the Supreme Court said: “It has been held in numerous cases by this court that the state legislatures and parliament can legislate retrospectively subject to the provisions of the constitution.” It added that nowhere in Article 191 (pertaining to disqualification) does it state that declaration of exempt-offices “cannot be made with retrospective effect” (para 42).

This point was reiterated in the case of Consumer Education and Research Society v. Union of India and others (2009); Ajay Bhatt V. State Of Uttarakhand (2014). As the court said in the former case, the issue of retrospective law is “no longer res integra”, i.e. no longer a point that has not been done and dusted.

Once precedents are set, once a case-law history has been established, they become part of common law, as also political practice. State after state has used the provision of retrospective application – Jharkhand, Chhattisgarh, Rajasthan, Uttarakhand, Delhi (2006) to name some. This only means that the issue of democratic propriety and constitutional morality are already out of the ambit of consideration when testing the AAP disqualification case.

Not quite. Not obviously. On Sunday evening, AAP’s MLAs were disqualified for the very same practice that has been endorsed by the Supreme Court and that has been entrenched in political practice. What masquerades today as an argument for constitutional morality or political propriety is actually a mask for the politics of malice, vendetta and plain political bullying. It’s not even an argument of political expediency or “politics mein yeh sab toh chalta hai”. Instead, it’s an argument that says it is okay for political vendetta to become an underlying principle of federal transactions and conduct. It’s an argument that considers unbridled, relentless political vendetta par for the course.

So, as it stands today, 20 MLAs stuck between a rock and hard place, otherwise called the ruling party and the EC, respectively, find themselves disqualified. AAP is probably paying the price for being a “half-state” – more than a Union Territory, less than a state. Even with 66 seats, more than what it needs to form a government, but always less than the Centre.