Explainer: Here's How Handing Over UAPA Cases to NIA Affects the Federal System

The framers of the constitution had ensured that state governments have the first rights to investigate an offence within a state's limits. 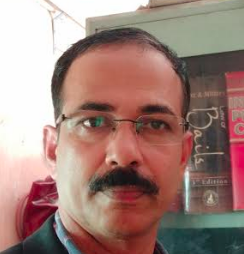 The controversy over the decision of the Central government to hand over the Bhima Koregaon case to the National Investigation Agency (NIA) is the newest of its kind.

The NIA was constituted by the NIA Act, 2008 for the investigation and prosecution of offences affecting the national security, sovereignty and integrity of the nation.

The Agency became well-known for investigation of offences under the Unlawful Activities (Prevention) Act, 1967, known countrywide as the law to tackle terrorism.

UAPA is one of the Acts that were added to the schedule of the NIA Act. The Agency is given pan India jurisdiction to investigate offences covered in the Acts.

Opinions differ among the jurists and politicians over whether it is permissible to pass a legislation authorising the Central government the decision of entrusting the investigation of offences to any agency without the consent of the state government.

This is because, constitutionally, it is considered that public order and policing are matters of the state government. In the case of criminal law and criminal procedure, both the governments enjoy simultaneous powers.

Section 6 of the NIA Act empowers the Central government to usurp an investigation.

It stipulates that whenever a case of scheduled offences is registered at any police station in India, the officer-in-charge of the police station shall forward the report to the state government. That state, in turn, will forward it expeditiously to the Central government and within 15 days from the date of receipt of it, the latter shall determine, on the basis of information made available by the former or received from other sources, whether the offence is a scheduled offence or not. It also has to determine whether it is a case fit to be investigated by the Agency. Once the Central government has taken the decision, the state government and its police officers investigating the offence shall then transmit relevant documents and records to the Agency without proceeding further.

Till the Agency takes up the investigation, it shall be the duty of the officer-in-charge of the police station to continue the investigation. Of offences to which the NIA Act extends and which are committed outside India, the Central government may direct the Agency to register the case and take up investigation in a manner as if such offence has been committed in India.

From this, it is apparent that the state governments have no say if the Central government decides to get the cases investigated by the NIA.

How legal is this?

Federal system and the separation of powers

The federal system of governance has been evolved to bind the country into one political union of several autonomous, distinct, separate and disparate political entities or administrative units.

The distribution of legislative powers between the Centre and the states is the most important characteristic, rather the core, of any federal system. This essential feature of the federal system is discernible from the three lists: the Union List, State List and the Concurrent List that come under Seventh Schedule of the Constitution. It is needless to say that encroaching into the dominion allotted to one by the other would affect the smooth functioning of the federal system.

When it came to investigation of offences committed in a state, it was held by the Supreme Court that keeping in view the various entries contained in List I of the Seventh Schedule of the Constitution, there cannot be any doubt whatsoever that in such cases, the jurisdiction of the Central government is excluded.

The constitutional validity of the NIA Act has been challenged before the Bombay high court in Pragyasingh Thakur vs. State of Maharashtra, ATS, Mumbai, UoI and NIA. The case contended that the parliament lacks competency to constitute an agency for the investigation of offences as policing stands in the State List of the Seventh Schedule to the constitution.

The court rejected the contention by noting the entries in List-I and in List-III and by reading them together. It came to the conclusion that the parliament is competent to enact the NIA Act.

The court also said it is equally competent to create an agency for the investigation of the offences specified in it. Another aspect considered by the court was the Entry 8 of List I (Union List) entitled as “Central Bureau of Intelligence and Investigation”.

It was observed that if such a Central Bureau of Intelligence and Investigation could be set up by the parliament, then, the powers could not be restricted when it decides to enact a legislation so as to constitute an investigating agency at the national level to investigate and prosecute offences affecting the sovereignty, security and integrity of India, security of states, friendly relations with foreign states, etc.

In addition to this, the court said that even if it is assumed that the state has power to make a law in relation to police, still going by the wide wording of Entry-1 and Entry-2 of List-III, the Concurrent List, it is clear that the parliament is competent to enact the NIA Act, 2008.

To its shame, the NIA, though it is in its springtime still, has already invited allegations of political partiality.

The first shocking revelation was made by its own Special Public Prosecutor Rohini Salian. She had appeared in the 2008 Malegaon blast case involving Hindu extremists. On June 25, 2016, she said that the Agency told her to go soft in the case after the new government took over at the Centre. 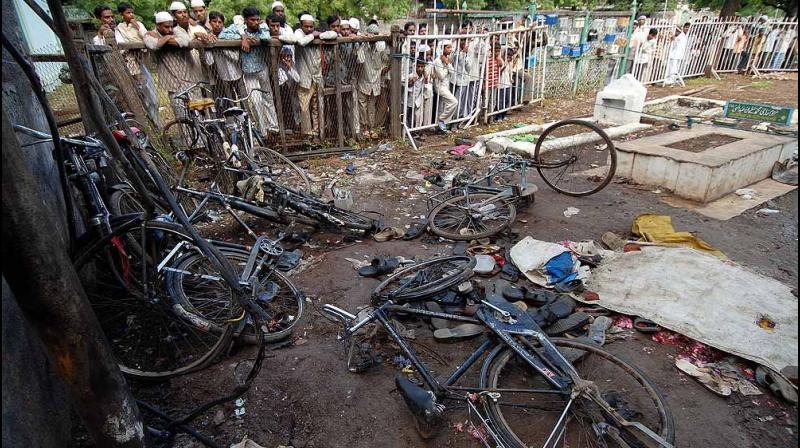 In another case, in which persons having strong connection with RSS were the accused (Ajmir Dargah bomb blast case), when most of the key accused were acquitted, Scroll.in had reported that its public prosecutor in this case too had expressed disappointment with the lack of interest shown by the NIA during the trial.

In other cases like Samjhauta Express bomb blast case and Hyderabad Mecca Masjid blast Case also the conduct of NIA has been doubtful.

All the offences coming under the schedule to the NIA Act are offences pertaining to national security.

The argument is perhaps that unless there is a centrally constituted agency for the investigation of such offences the real goal cannot be accomplished. The investigation of offences and prosecution of the accused in such cases serves to punish the guilty no matter who the agency investigating the case is.

It cannot be assumed that the police officers of the state are not adept in investigation. The primary presumption must be that the state governments will not have any interest against the larger interest of the nation.

Even though the Bombay High Court held the NIA Act constitutionally valid, the court did not say in clear terms that the parliament alone has the power to constitute an agency for the investigation of the offences covered in the schedule to the NIA Act.

The court was of the opinion that both the state legislature and the parliament has the power to legislate, as this concerns criminal procedure.

As per the Code of Criminal Procedure, 1973, the power to investigate into an offence is vested with the station house officer to whom the information regarding the commission of a cognisable offence is reported. And, in either case, whether it is a cognisable or non-cognisable case, if the information is given to such officer, it is his duty to enter it into a register prescribed by the state government (Section 154 and 155 of the Code).

The Bombay high court has emphasised on Entry 8 of Union List, titled “Central Bureau of Intelligence and Investigation”. The Constituent Assembly Debates would show that by making such an entry the framers of the constitution did not intend to give powers to the Central government for investigating crimes. On August 29, 1949, there was a heated discussion on this particular entry in the assembly. The original Entry was “Central Intelligence Bureau”. When it was proposed to make it as it stands now, there were objections. Dr. B.R. Ambedkar said on this proposal:

“The idea is this that at the Union office there should be a sort of Bureau which will collect all information with regard to any kind of crime that is being committed by people throughout the territory of India and also make an investigation as to whether the information that has been supplied to them is correct or not and thereby be able to inform the Provincial Government as to what is going on in the different parts of’ India so that they might themselves be in a position to exercise their Police powers in a much better manner than they might be able to do otherwise and in the absence of such information.”

There were discussions. One of the members, inter alia, pointed out that the members have already conceded to the idea that the investigation of crime is a provincial subject and therefore, if the assembly now allow the Central government also to investigate, the result would be that for a single crime there must be two parallel investigations. The members demanded to delete the word ‘and investigation’ from the Entry. Then, summing up the discussion, Dr. B. R. Ambedkar said:

The point of the matter is, the word “investigation” here does not permit and will not permit the making of an investigation into a crime because that’ matter under the Criminal Procedure Code is left exclusively to a police officer. Police is exclusively a State subject; it has no place in the Union List. The word “investigation” therefore is intended to cover general enquiry for the purpose of finding out what is going on. This investigation is not investigation preparatory to the filing of a charge against an offender which only a police officer under the, Criminal Procedure Code can do.

From the above, two aspects are clear. The mandate of the constitution is not to give power of investigation of offence to the Centre. The framers might have considered that in a federal system, giving power of investigation into offences to the Centre may affect adversely the relation between the Central and the state governments. In this regard, it is worth noting that the investigations conducted by the CBI within the state territories are only with the consent of those governments as provided in section 6 of the Delhi Police Establishment Act, barring exceptions by the orders of the constitutional courts.

Notably, the officers of the NIA are given power to investigate offences, and hence carry out police functions. In view of Entry No. 2 in List II, there is no scope for the establishment of police by the Centre, except as provided in Entry No. 2A of List I.

The state governments should be at liberty to amend the NIA Act to water it down so that the Centre’s consent is taken before switching the investigation of offences over to the NIA.

Naturally, if such an amendment creates any conundrum that goes against the original enactment made by the parliament, it may necessitate the assent of the President, as envisaged in Article 254 (2).

State legislatures enjoy such a power, I believe. Unless the state governments get a right of audience over the issue, in the long run, the federal system of governance of our nation will be badly affected.