UAPA Case Data Suggests That Process Is Indeed the Punishment

Data revealed by the Union home ministry in the Rajya Sabha showed that 97.5% of people arrested under UAPA between 2016 and 2020 have been imprisoned for multiple years while waiting for trial. 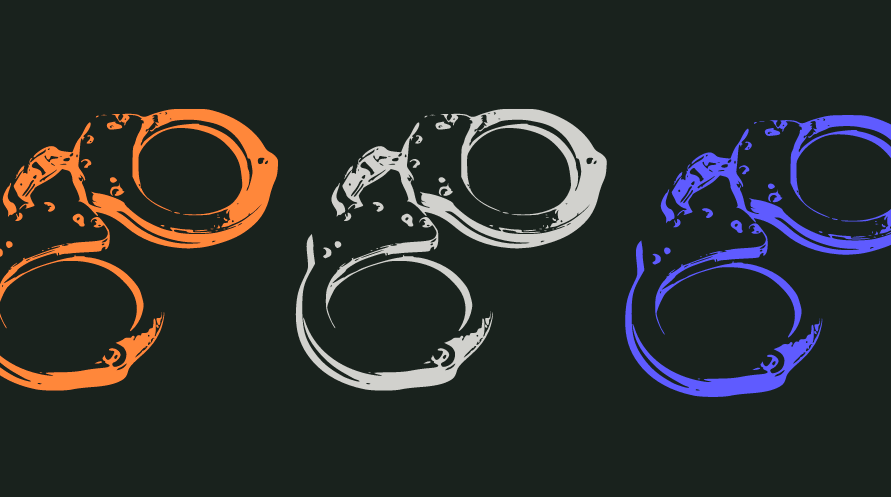 New Delhi: Figures released by the Union home ministry in the Rajya Sabha have backed up the belief that the ‘process is the punishment‘, especially when cases are registered under the draconian Unlawful Activities (Prevention) Act (UAPA).

In a written reply to a question by CPI(M) MP A.A. Rahim in the Rajya Sabha, Union minister of state for home Nityanand Rai revealed that a total of 5,027 cases – in which 24,134 people are accused – were registered under the UAPA from 2016 to 2020 in various parts of the country.

According to the home ministry, just 212 of the 24,134 people were convicted, while 386 people who were accused under the UAPA have been acquitted. 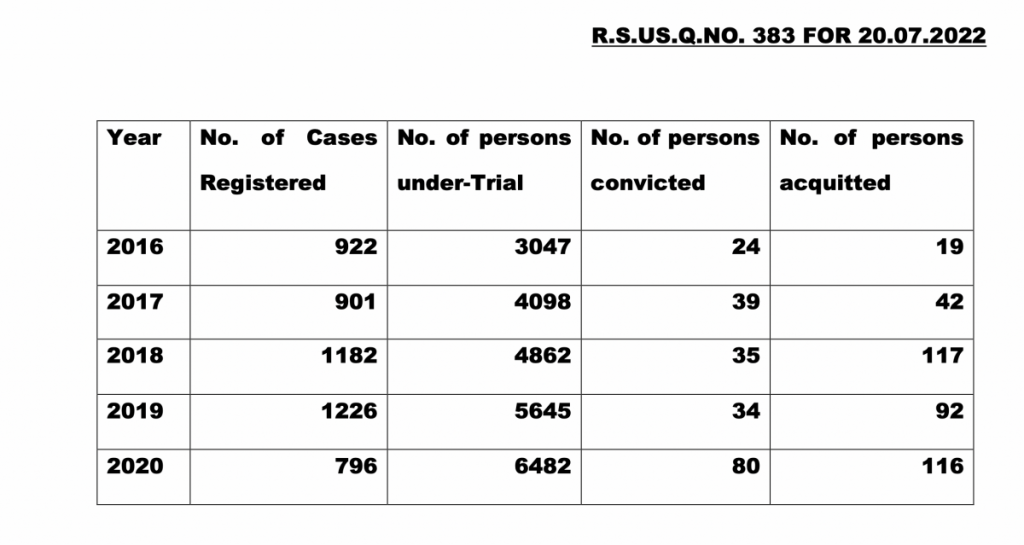 The home ministry’s response to a question in the Rajya Sabha shows that thousands of UAPA accused wait multiple years for trials to conclude.

Speaking at an event recently, Chief Justice of India N.V. Ramana raised the issue of undertrial prisoners, saying, “From hasty, indiscriminate arrests to difficulty in obtaining bail, the process leading to the prolonged incarcerations of undertrials needs urgent attention.”

First enacted in 1967, the UAPA law has acquired more teeth through recent amendments made in 2008 and 2012 by Congress governments and subsequently by the Narendra Modi government.

The provisions of the law make it virtually impossible for those booked under UAPA to secure bail. The law says that an accused cannot be released on bail if the court is of the opinion that the accusation against the person is prima facie true.

Consequently, most of those booked under the law end up languishing in jails as undertrials for an inordinately long time. There have been allegations against successive governments, including the incumbent Modi government, of misusing the law as a political tool to silence critics. In 2019, amendments to the UAPA made by the present NDA government allowed individuals, not just organisations, to be designated as terrorists.

Several former judges, civil servants and activists have made the case for the law to be repealed, saying it has “many flaws and loopholes” that make it amenable to large-scale abuse and misuse by “some politicians and overzealous policemen”.