Indian Muslims Are Not a Homogenous Community, so Who Is the Triple Talaq Verdict For?

We must address the diversity within the Muslim community and achieve representation, democratisation and accountability to truly fight for women's equality. 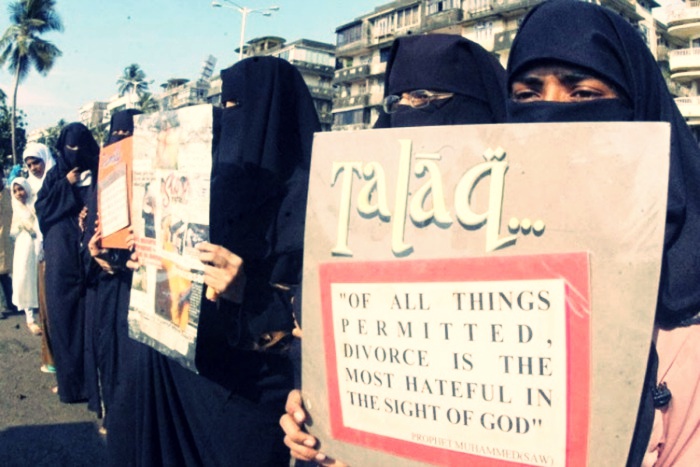 The Jamiat Ulema-i-Hind (JUH), one of India’s oldest and largest groups of Muslim clerics, in an official statement after the Supreme Court hearing in the triple talaq case, expressed “deep concern over the verdict as it is against the Islamic Shariat”. Their view is that under the Indian constitution, the Muslim Personal Law should be a guaranteed fundamental right and hence be protected from further deliberations on matters such as halala, polygamy, right to inheritance. They further added that as a body, they would never compromise on religious rights guaranteed in the constitution as fundamental ones and would continue to fight any attempt to challenge this. Through this statement, it doesn’t seem clear as to whose religious rights the JUH talking about. The statement seems to assume that these would mean the same for every Muslim irrespective of gender and sect. What authority does JUH have to decide what should be considered a religious right?

Historically, Islamic reform and revivalism has considered the role of Muslim women in religion deeply entrenched in the need for their religious education. For instance, Bihishti Zewar, written in the early 1900s by Maulana Ashraf Ali Thanawi, a leader of the Deobandi reform movement (to which the JUH traces its origins) that crystallised in north India in the late 19th century, intended to provide basic education for Muslim women. This was so that women could act as they should, they must be instructed. Responding to colonialism and its discourse on Muslim backwardness, the main purpose of these reform movements was to civilise and Islamise women to be better companions to Muslim men, yet maintain their domestic roles. Hence, women were meant to receive religious instruction but not question religious interpretation of the male clergy, rather, perpetuate it. This clearly has been more challenging to contain in present times than had perhaps been in the past.

The Shah Bano judgement and its aftermath illustrated how the role of religious orthodoxy in legitimising matters of faith poses a major challenge to the question of Muslim women’s autonomy in marital and family life. The male ashraf political and religious leadership with its proximity to the Congress, defined and commanded the community’s claims to religious freedom. Further, secularism in the Congress discourse prioritised national unity over group rights, while Muslims as a minority group were assumed to be homogenous with congruent claims to religious autonomy. The case for the accommodation of minorities relied largely upon secularism interpreted in terms of the Indian/Hindu practice of tolerance rather than one based on principles of justice and accommodation of difference.

In the recent years, Muslim women’s groups have been advocating for equality within the religious realm. The Bhartiya Muslim Mahila Andolan has been at the forefront of these efforts with a legal petition challenging the prohibition of women in the inner sanctum of the Haji Ali dargah and the case against triple talaq. They have been using multiple strategies of public self-representation and interpreting the Quran and Shariat from a women’s perspective, opening up new possibilities of political agency. Although these cases have made an impact on the public discourse on Muslim women’s rights within the religious realm, it has been a lonely journey highlighting the schisms among women’s rights activists as well as the splintering of a spectrum of Muslim women’s voices for gender justice across the board. The Supreme Court ruling on the triple talaq case, although much awaited, was not surprising. It reiterated a previous verdict in the Shamim Ara case that held instantaneous triple talaq invalid and unconstitutional. However, why does this have to be reiterated by the courts?

Addressing the diversity within

The JUH, like the All India Muslim Personal Law Board (AIMPLB), is certainly speaking on behalf of the Sunni majority among Indian Muslims who are obviously not a homogenous lot. Their religious customs vary based on sect, region and caste status. However, as representatives of all Muslim voices, both the JUH and the AIMPLB remain Sunni ashraf dominant. Homogenising the Muslim identity gives them greater legitimacy as gatekeepers in the eyes of the state while minority sects are relegated to the margins.

Take for instance the Dawoodi Bohras, an Ismaili Shia sect, that continues the practice of female circumcision ignoring the serious concerns it raises for women and child rights. The practice of khafz, as it is known among Dawoodi Bohras, is seen as a rite of passage for a young girl to ‘become’ one of the community. Unlike male circumcision, khafz is done at the age of seven, through the involvement of female family members, including mothers, in secrecy and most of the time without the celebratory fanfare. Women who conform to societal role expectations gain acceptance and are socially rewarded for perpetuating the system whereas those who defy it stand the risk of social ostracisation. The practice has severe physical and emotional implications for Dawoodi Bohra women that remain largely undocumented. However, due to the efforts of groups such as Sahiyo and Speak Out, there are now compelling personal testimonies gaining visibility. However, in a public sermon in Mumbai, the religious head of the community, Syedna Mufaddal Saifuddin, made an indirect reference to khafz, saying that it had to be done and that community members should not pay heed to the criticism of others.

It is difficult to distinguish the current political climate from the rule of a secular party like the Congress when it comes to the question of Muslim women’s claims to religious freedom. The male ashraf political and religious leadership, with its proximity to the Congress, has long defined and commanded the community’s claims to religious freedom. While secularism in the Congress discourse relied largely on the practice of tolerance by the majority, it assumed the minority to be homogenous with congruent claims to religious freedom relegating Muslim women to the ‘private’ realm of the community. The Hindu right’s criticism of minority rights as a roadblock to Hindu sovereignty portrays Muslim women as a symbol of the community’s religious orthodoxy and hence its backwardness. The politics of Muslim backwardness and Hindu right patronage, affect Muslim women as cultural markers differently across hierarchies within. There are complex ways in which the politics of majoritarian tolerance and communalism can coincide or splinter and yet be implicated in gender politics.

JUH’s statement represents the challenges of implementing on the ground a verdict that renders instantaneous triple talaq invalid and unconstitutional. We still have miles to go and won’t achieve much unless we address representation, democratisation and accountability within the Muslim clergy.

Qudsiya Contractor is Assistant Professor at the Centre for Study of Social Exclusion and Inclusive Policies, Tata Institute of Social Sciences.