'No Farmer Died in Police Action During Protests': Union Govt on Compensation Question

The family of Navreet Singh had claimed that he had died in police firing and rejected the claim that his tractor had overturned on January 26. 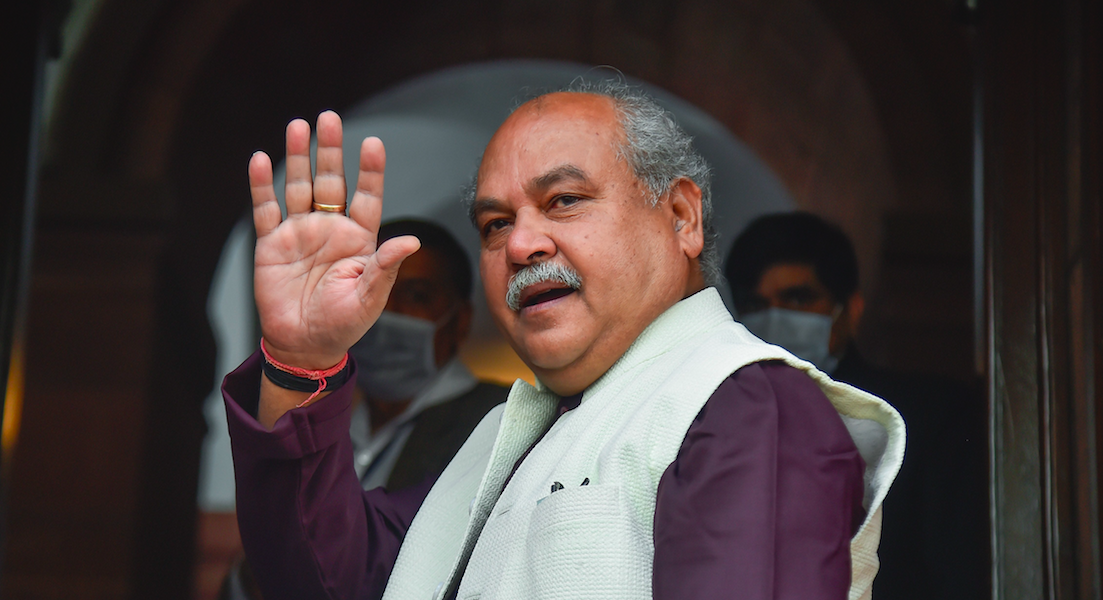 New Delhi: The Union government on Friday, December 10, said “no farmer died due to police action” during the year-long protests against the farm laws.

The movement at Delhi borders was suspended by the umbrella body of the Sanyukt Kisan Morcha (SKM) on Thursday, after the Union government gave it in writing that their key pending demands would be honoured, including the withdrawal of police cases against the protesters and a committee to legalise a Minimum Support Price guarantee.

In a written reply to the Rajya Sabha, Union agriculture minister Narendra Singh Tomar on Friday said, “The subject of compensation, etc. to the families of the deceased farmers in the farmers movement is with the concerned state governments”.

“No farmer died as a result of police action during the farmers’ agitation,” he said. The Union government, in June, had claimed in parliament that it had no data on farmers’ deaths during the protests.

The members had asked whether the government is planning to provide or made any provision towards livelihood and monetary compensation to the families of the farmers who died during farmers’ protests.

Opposition parties, including the Congress, have been raising the issue of deaths of farmers during the year-long protests.

Farmers, mainly from Punjab, Haryana and Western Uttar Pradesh, have protesting at various points of Delhi’s borders from late November 2020, seeking repeal of the three farm laws, braving COVID-19 and bad weather conditions. The SKM has said that over 700 farmers passed away during the course of the protests.

On November 29, Parliament passed a Bill to repeal the three laws.

The Wire has reported that contrary to the claim that contrary to the Union government’s earlier claim that it was mostly ‘big farmers’ who were behind the farmers’ protest at Delhi’s borders, a study conducted by two economists associated with Punjabi University at Patiala revealed that those who died during the protest cultivated no more than an average of 2.94 acres of land and were thus small farmers.

In February, Uttar Pradesh Police had filed a first information report against The Wire and its reporter for an article reporting the claims of the family of a farmer who was killed during the tractor rally on Republic Day. The family of Navreet Singh had claimed that he had died in police firing and rejected the claim that his tractor had overturned.

Replying to separate queries on the MSP, Tomar said, “A formal formation of a committee to promote zero budgeting based agriculture, to change crop pattern as per the changing needs of the country and to make MSP more effective and transparent is under consideration.”

Asked if the government proposes to bring a law to give legal guarantee to MSP for every crop as recommended by Swaminathan Commission, the minister said the government has already implemented in 2018-19 the recommendation made by the National Commission on Farmers (NCF) to fix MSP at at least 50% profit on weighted average cost of production.

The Centre fixes MSP for 22 mandated agricultural crops and Fair and Remunerative Price (FRP) for sugarcane on the basis of the recommendations of the Commission for Agricultural Costs and Prices (CACP).

The MSP for toria and de-husked coconut are also announced based on the MSP of rapeseed and mustard and copra, respectively.