Through Various Meat Bans, Gujarat Civic Bodies Are Ignoring 40% of the State's Population

Data from a 2014 Census of India survey shows that Gujarat has a higher non-vegetarian population than Punjab, Haryana and Rajasthan. 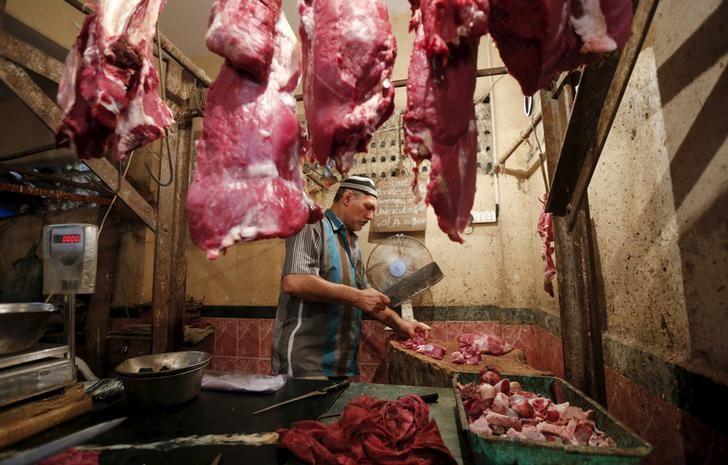 Additionally, these food carts have also been banned from being located within 100 metres of religious places, gardens, public places, schools and colleges.

Following Monday’s decision, around 40 such food carts were even seized by authorities as part of an “anti-encroachment drive” on Tuesday without the permission of the Standing Committee, the apex body for clearing the proposals of the civic body.

AMC’s decision came days after the chairman of its revenue committee, Jainik Vakil wrote to the Standing Committee with the proposal to remove non-vegetarian food carts, citing Gujarat’s “identity” and “tradition”.

This invocation of identity, tradition, culture and the like, which has increasingly been used by Hindutva groups across the country to impose curbs on the open sale of meat, is belied, at least in the state of Gujarat, by data from the Census of India’s Sample Registration System (SRS) Baseline Survey, 2014, which notes that 39.9% of men and 38.2% of women in the state are non-vegetarians. This was reported on first by Times of India.

In fact, according to the official data, the Prime Minister’s home state, popularly considered a “vegetarian state”, has a higher proportion of non-vegetarians than Haryana (where 31.5% of men and 30% of women are non-vegetarian), Punjab (34.5% and 32% respectively) and Rajasthan (26.8% and 23.4% respectively).

What’s more, the state’s Jain community which, besides being vegetarian also eschews onions and garlic from their culinary preferences, only constitutes 1% of the population. However, the Jains in particular and the vegetarian population more generally comprise Gujarat’s cultural, financial and education elite and have thus succeeded in creating a vegetarian image for the state at large, it is understood. This conception is so widespread that even representations of Gujrati culinary culture in popular media revolve largely around the foods that the vegetarian community eats.

Jani notes that entertainment has come to associate Gujrati’s with dal-bhat (pulses and rice), fafda and dhokla. The influence of the cultural elite in the state has resulted in the food habits of the fishing communities as ‘coastal’ and those of other minorities as “Muslim” or “Dalit” food, leaving the food of the Jains as a stand-in for Gujarati culture, highlighted in a report by Scroll.in.

Coupled with this is the social stigma which comes from eating meat in Hindu-dominated areas in the state. Jani noted that the younger population in the state is more likely to eat meat irrespective of their caste background, however, they are less likely to do so openly for fear of censure.

Officials talking to the Times of India also noted that the proportion of non-vegetarians in state is likely to have increased since the official survey, undertaken in 2014.

While the state’s civic bodies’ decisions to clamp down on meat shops distinctly relegate the state’s meat-eating communities to the margins, the ruling BJP has distanced itself from the decision.

Congress spokesperson Manish Doshi has said that the move is simply a diversionary tactic being employed by the municipal corporations to draw attention away from other issues in the state, such as unemployment and inflation, Al Jazeera reported.

Speaking to the Qatari news organisations, Doshi said that the move was an “election gimmick” and that it could be “very dangerous to democracy.”