The Promise and the Reality of the National Skills Qualification Framework

Over the past five years, the NSQF has been implemented by people who have very little understanding of it.

Five years ago, a Central government issued a notification setting common standards for skill development in India – an area of vital importance for informally educated youth. The principles were outlined in the National Skills Qualification Framework (NSQF).

The framework set a time limit of five years to put India’s skills house in order: ensure career progression (both vertically and horizontally) and provide national and international equivalence to all skill courses.

On December 27, 2018, that five year period ends. It is worthwhile to review what has been achieved.

To begin within, the government is likely to seek an extension of it but in doing so has anyone evaluated rigorously what we might be extending.

For over half a century since Independence, India’s educational policy-makers never managed to provide widespread access to quality vocational courses. That is hardly surprising given that only in 2007 did India get to a net enrolment rate of 97% at the primary level (classes 1-5) of general education. So for half a century, most children dropped out from school early, and entered the workforce without much general education, forget about vocational skills.

However, given the very rapid GDP growth post 2003, the demand from employers for vocational skills grew sharply, but the educational/vocational system was not prepared to meet demand. So, for the first time in India’s five year plans, a skills chapter was included in the 11th Plan (2007-12).

Suddenly, the skills ecosystem began expanding rapidly, mainly driven by government-funding. But government-funded, state-driven systems tend to be supply-driven, and usually ignore the key areas of demand for vocational skills.

Regardless, the governments of India expanded access to skills – and the ecosystem grew very rapidly. It was supposed to be guided by a NSQF, which was proposed in the 12th Five Year Plan chapter on Skills (that the first author led). 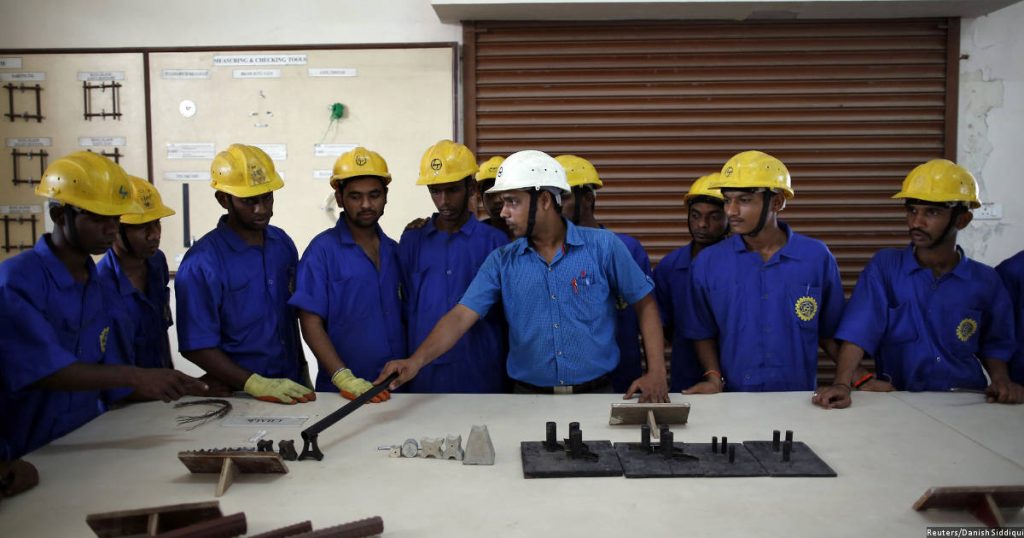 A foundational problem with this ecosystem is that it is fragmented, and has no uniform standards nor does it allow seamless vertical mobility for students (unlike the general academic system). The notification states that after the fifth anniversary of the NSQF’s notification, “it shall be mandatory for all/educational programmes/courses to be NSQF compliant and all training and educational institutions shall define eligibility criteria for admission to various courses in terms of NSQF levels.”

Also read: Skill India Now Has a Single Regulator. Will It Succeed Where Other Bodies Have Failed?

NSQF’s goal is to bring coherence and clarity to common standards across the ecosystem and to provide social and economic value to qualifications.

It was felt it would improve quality of erstwhile courses of varying lengths and credibility, increase trust in courses, gain international recognition for skills, link qualifications to enable upward mobility and improve access/ progress routes and provide a basis for co-operation between stakeholders (training providers and employers).

Where are we now?

However, the NSQF has been implemented by people who have very little understanding of it. A lot of our fundamental problems in skill development start with a faulty qualification (course) design prepared by those who had neither knowledge of pedagogy nor of actual industry needs.

What emerged were so-called National Occupation Standards (NOS) for specific tasks within job roles, and these were  supposed to be brought together into qualification packs (QPs), that were competencies that a trainee was to acquire to perform a job role. Thus, QPs were supposedly aligned to job roles. At the beginning of 2017, MSDE had approved nearly  10 000 national occupation standards (NOS), clubbed together into about 2000 qualification packs (or courses meant to coincide with job roles).

The trouble, however, is that the International Standard Classification of Occupations (ISCO) recognises only 450 or so main occupations – globally. 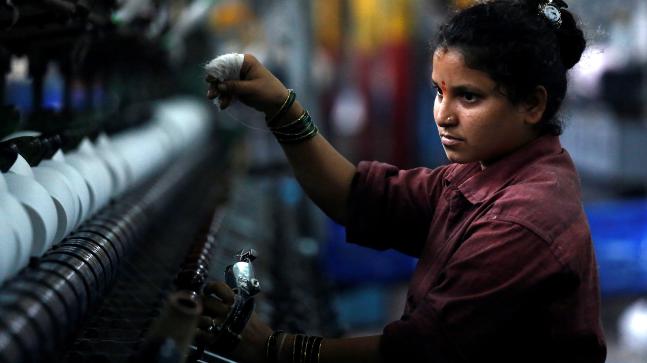 Our NOS-es should really have taken into account these, but they did not. That they did not is hardly surprising. As we noted in the Prasad Expert Group report, the process of preparing these NOS/QPs was fundamentally flawed.

The task of preparing NOS-es and QPs was handed over by government of India to NSDC (which had begun to incubate Sector Skills Councils (SSCs), which were supposedly industry-driven bodies). Since SSC staff had no knowledge of what was required, the task was handed over in turn to large consulting companies (e.g. Mckinsey, etc), who in turn had no special understanding of skills or vocational education. The government was paying for these NOS-es and QPs.

Also Read: How to ‘Skill India’ When the Jobs are Bad

In other words, there was never any real buy-in by employers of these so-called standards. However, the government, supervised by the National Skills Qualification Committee (a Committee of  Secretaries of the GOI, who had even less knowledge or understanding of these standards), then proceeded to ‘approve’ en masse these standards, and thus NSDC/MSDE began implementing them from about 2012 onwards. They mushroomed in every sector rapidly.

Unfortunately, however, these NOS and QPs have not been adopted in any pillar of the skills ecosystem other than the NSDC-funded training providers, all of whom were mostly funded by NSDC, and to some extent the government school-based vocational courses. The remaining three pillars tended to ignore the standards.

To make matters worse, we have made very narrow courses (e.g. tyre inflation attendant). Data shows that a majority of NSQF courses have not trained even one student so far. That shows that neither employers nor trainers have shown interest for the narrow courses (who aspires to be skilled in filling air in tyres?) .

This is why there is a need to consolidate and rationalise the courses at the earliest. There are serious issues with short-term, non coherent courses, funded by government. They are directly putting tax payers money into the drain, since placement of trainees when they complete training is extremely low. What we need are courses with open progression pathways, opportunities to promote lifelong learning and increased potential for recognition of prior learning usually acquired informally by a poorly educated workforce.

To achieve this we need to focus on the heart of NSQF – a credit framework. This was what was originally proposed in the original blueprint agreed in the Ministry of Human Resource Development in 2011 (as proposed by the first author).  We have failed here and need to work towards it.

We need to provide our young learners, mobility of learning between vocational/technical and academic learning. While experience shows that mobility to academic qualification has been very hard, it is all the more important to implement what NSQF actually aimed for: providing vertical mobility to professional/managerial/technical qualifications at higher level from courses offered at lower levels by different pillars of the skills ecosystem. This can only happen if all pillars move to a credit-based framework.

Also read: Why is India Inc Reluctant to Participate in the Skill India Campaign?

Short-term courses (under NSDC or other 16 ministries) would only provide an interim certificate; such courses must lead upto a minimum of a one-year course (regardless of trade or occupation) – consisting of a. theory; b. practical workshop experience; and c. on-the-job internship or apprenticeship.

In other words, a system needs to be designed where partial achievements can be allowed through credit awards which can be accumulated but the certificate/diploma/degree shall be awarded after achieving all the relevant competencies within an occupation broadly defined (in accordance with ISCO). A rigorous consultation on credit framework is required. This will enable multi-entry and multi-exit to trainees, so that they are not kept away from the labour market for a long period, so that they can go out, earn a livelihood, and then return to school to acquire further training.

A good credit framework needs three key things, one, comprehensive internationally aligned courses not narrow ineffective courses as we have today. Second, a way to provide credits on outcomes and duration. One key failure of NSQF implementation is the abuse of number of hours (since all payments happen on number of hours taught) of courses by training partners across different government programmes.

This may come as a surprise, since NSQF policy implementers would pride standardisation of number of hours as one of their key achievements, but digging deeper would make one realise that private financial gains continue to flow from its clever manipulation. Qualification packs (QPs) and National Occupation Standards (NOSs) have been abused in a manner that the authors of the original NSQF did not envisage and hence need to be simplified. There is much to learn from Germany and South Korea here.

Third, to ensure learning outcomes we need a credible body to measure learning. A national board of assessment and certification needs urgent attention, if we want a get a credit framework in place. The authors of this article have discussed these in great detail in the Sharda Prasad Committee Report of which they were part of .

Finally, while NSQF is critical, it cannot continue as it has for the last five years – a proforma extension for another five years is as good as useless. India needs to implement NSQF in letter and spirit and the credit framework (founded upon modular training programmes) is  needed at the earliest. Perhaps this should be the single most important goal Indian skill development policy makers should have for the new year

Without this we may have missed the core intent of the qualification framework- to provide pathways to young aspirants to learn any skill, anywhere for a better life.

Santosh Mehrotra is Professor of Econ, Centre for Labour, Jawaharlal Nehru University, a member of the Prasad Expert Committee on Sector Skill Councils, and a lead author of the original National Skills Qualification Framework of MHRD.

Ashutosh Pratap works on jobs and skills policy research (jspr.in) and has worked with the Expert Committee. He is an MBA from ISB, Hyderabad.