The Politics of Prohibition in Tamil Nadu

Any government that brings in prohibition will also have to create the supporting healthcare/anti-addiction infrastructure and processes needed to wean alcohol-dependents from the habit. 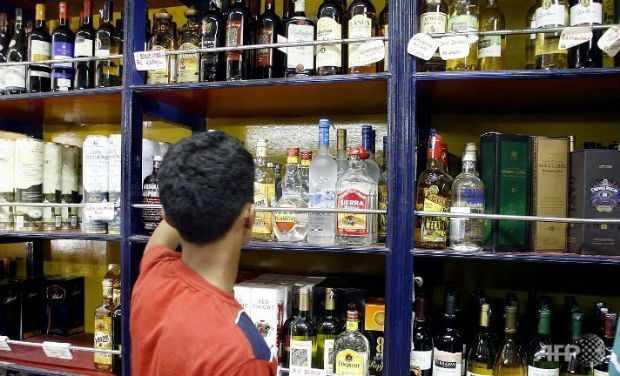 It is said, “politics makes strange bedfellows.” Tamil Nadu is the shining example of this idiom, not only in the opportunistic electoral alliances being forged, but also in the competitive prohibition agenda being put forth. A year of anti-liquor agitation by women, social activists and some political parties has brought this issue to the centre-stage in the impending assembly elections, scheduled for mid-May.

The erstwhile Madras Presidency implemented prohibition in Salem district in 1937 and gradually expanded it to several other areas. To compensate the loss incurred, sales tax was introduced by the Congress government headed by C. Rajagopalachari, popularly known as Rajaji. The government would grant ‘permits’ to individuals who wanted to consume liquor. Even after independence and the 1952 state election when Congress came to power, Tamil Nadu continued to impose the prohibition. Andhra Pradesh and Mysore (now Karnataka), carved out of the Madras Presidency, did not follow prohibition, and neither did the adjoining Union Territory of Pondicherry and Karaikal.

In 1971, the Dravida Munnetra Kazhagam (DMK) government headed by M. Karunanidhi lifted prohibition, despite stiff opposition from many quarters, including Rajaji and K. Kamaraj, both former chief ministers. Karunanidhi’s argued that since prohibition had not been enforced across the country, the state was only incurring a loss of revenue, with liquor being available to the people from the neighbouring states. He, however, brought back prohibition in 1974.

The All India Anna Dravida Munnetra Kazhagam (AIADMK) government under M.G. Ramachandran (MGR) lifted prohibition in 1981. In 1983, MGR formed two corporations – one for wholesale marketing of liquor and another to manufacture it. The marketing arm was called Tamil Nadu State Marketing Corporation (TASMAC) and the manufacturing arm was named Tamil Nadu Spirit Corporation (TASCO). The rationale was to “provide cheap and good quality liquor for those amongst the poor classes who consume.” By 1987, TASCO had been abandoned and private companies took over the manufacturing of liquor.

In November 2003, under J. Jayalalithaa’s government, the TASMAC took over the entire retail liquor business. Alcohol, which used to be a taboo, became ‘government liquor’ (arasanga sarayam) and was actively promoted by district collectors through fixed sales targets. The stated objective was “to completely eliminate the sale of contraband, spurious liquor that affects the health of the liquor consuming public”. TASMAC took off and prospered by leaps and bounds, as the matrix below of annual TASMAC revenue shows:

TASMAC outlets mostly sell hard liquid-spirit called indian-made foreign liquor (IMFL) – whisky, brandy, gin and rum – manufactured out of rectified spirit produced from sugarcane molasses. Alcohol comes out of the process of redistribution of rectified spirit after addition of chemicals and treatment by activated carbon. Alcohol for human consumption should conform to quality standards laid down under the law. The maximum strength permitted is 75 degrees proof (London) equivalent of 42.8% alcohol by volume (ABV). In raw form, rectified spirit has an ABV of 95.6% and if consumed in raw form can burn the intestines. Even the toned-down IMFL sold in TASMAC shops is slow-poison. Which goes a long way to explain the large number of young widows (in the 30-40 year age group) in poor households.

Worse still, the ABV of IMFL being peddled by TASMAC is questionable. The Madras high court intervened and ordered a quality check of liquor sold at TASMAC outlets. Earlier, the sample of a brandy variety had 46% ABV when tested in a laboratory as against the prescribed standard of 42.8%. It also had sediments in it that could be hazardous to health. The credibility, quality and ABV-standard of hard liquor sold in TASMAC raise serious concerns because over a period of time large independent pan-Indian manufacturers of IMFL, who by necessity have to maintain stringent quality and ABV standards, have been edged out by TASMAC, replacing those products with ones from local distilleries owned by bigwigs of Tamil Nadu’s ruling and opposition parties.

The growth in business has been astounding for companies with the right political connections, while independent liquor companies have suffered a drop in procurement.

As of now, TASMAC sells a mind-boggling 211 varieties/brands of hard liquor, produced in eleven distilleries. The procurement process and methodology adopted by TASMAC officials is ridden with favouritism and corruption. Retail managers admit that some vague and low-quality brands are thrust on them and they are not sure of its alcohol and sediment contents.

In such a situation, there is no guarantee that ABV standards are being maintained. The cost of this liquor is dependent on the distilling process and the purity of the final product that comes out. The more impure the liquor, the lesser the cost. Purchase price of the most popular ‘quarter’ bottle (180 ml) brandy ranges from 100-200 rupees. It is almost certain that the cheapest brand of brandy/whisky will have ABV much higher than the prescribed standard of 42.8%. Revenue maximisation being its sole objective, TASMAC has no concern for quality. There is hardly any testing facility for the consumers and the lone state-owned Kings Institute accepts only selective samples from the manufacturers.

TASMAC ‘quarter’ addicts, numbering over one crore and earning 200-400 rupees a day, shell out half of their earnings on arasanga sarayam. This has shattered the economy, livelihood and health of the low-earning echelons of Tamil society, driving them into mendicancy and dependence on charity and freebies given by the state from the very money drained out of these liquor addicts. Besides, the core objective of establishing TASMAC – “providing cheap and good quality liquor for those amongst the poor classes who consume and protecting the health of the liquor consuming public” – remain unfulfilled. Instead, it has become a den of corruption and sleaze.

In the wake of the elections, nearly all state parties have promised to impose prohibition if they come to power. The first off the block was the Pattali Makkal Katchi, led by the doctor duo – father S. Ramadoss and his son Anbumani Ramadoss. This party and its leadership has been unrelenting in their attack on the government-owned TASMAC shops selling liquor in over 7000 retail vendors located in every nook and corner of the state. They were the first to come out with the election manifesto promising to impose prohibition in one stroke with ‘the first signature’ on if elected. It was soon followed by small parties, who have now formed a ‘people welfare front’, with cinema actor Vijayakanth, former member of parliament Vaiko, Dalit leader Thirumavazhavan and communist parties in their fold. The Congress and BJP have also joined the bandwagon.

But the pride of place is reserved for the DMK and the AIADMK, who have ruled the state for the past half century and have been alternating between total prohibition and total indulgence. This time the two parties, who have made men from most poor and low-income group alcohol addicts, and had taken the addiction to school children, have also promised prohibition – the former by enacting a law and the latter in a phased manner. There is widespread cynicism considering that both parties have huge interests in the alcohol business and TASMAC liquor is a potent tool to influence their vote bank addicted to the consumption of alcohol. This is proven by the fact that in preparation for the poll season, TASMAC has been stocking up on alcohol and has ordered 40% more beer and 19% more IMFL for May, the election month.

The AIDMK’s promise is indeed bizarre considering the cruel way Jayalalithaa’s government crushed the protests against TASMAC shops. Instead of protecting the protestors from liquor goons, the police threw rings of ‘security’ around TASMAC shops. Last year, Gandhian Sasi Perumal, an anti-liquor crusader, died while fasting for the closure of a TASMAC shop. More recently, folk-artist Kovan was arrested under a sedition law for singing against TASMAC, and just few days ago Gandhian Samba Siva Rao went missing after protesting before the the AIDMK office. Even during Chennai’s disastrous deluge when many shops were closed, most TASMAC vendors were open with full supply.

Be that as it may, prohibition or severe restriction on liquor has become imperative in Tamil Nadu. Some months ago Kerala took the prohibition route and recently Bihar followed suit. But, news from Bihar is not good; there have been some deaths due to sudden withdrawal. With Tamil Nadu topping in alcohol consumption – nearly half the male population drinks – a government that brings in prohibition will have to create the supporting healthcare/anti-addiction infrastructure and processes needed to wean alcohol-dependents from the habit. Stringent enforcement/policing mechanism also need to be put in place if prohibition is to be implemented effectively. While phased or one-stroke prohibition is a matter of political and policy debate, doctors say it makes no difference as far as the supporting healthcare/anti-addiction system is concerned.

Considering all pros and cons, and past experience, the people of Tamil Nadu have to keep their fingers crossed.

M.G. Devasahayam is a Chennai-based writer and was former Excise & Taxation Commissioner of Haryana.