Sections that give the police the power to disperse a crowd with force have been abused, resulting in hundreds of deaths. 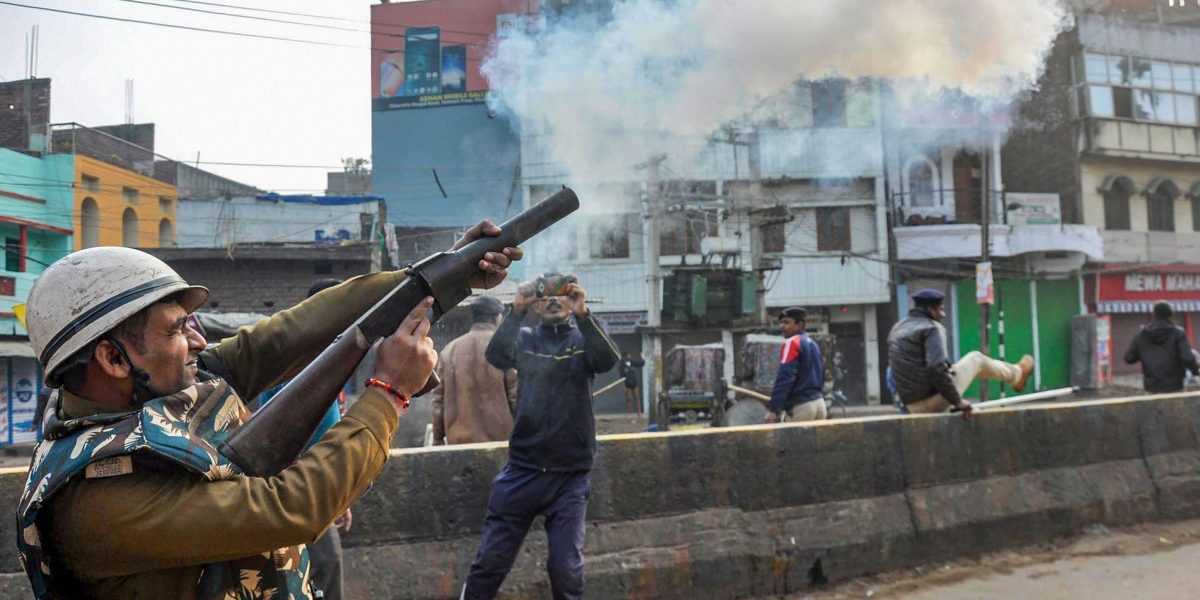 The right to democratic protest under Articles 19(1)(a) and (b) of the constitution has been enunciated in several judgments, starting from Romesh Thappar (1950), but in practice, its exercise is riddled with difficulties. Article 19(2) empowers the state to impose ‘reasonable restrictions’ on the exercise of this right. The catch is that a dispute whether the restrictions imposed are reasonable or not, can be settled only by the courts and that, by itself, makes it impracticable for most people.

In Anita Thakur (2016), the Supreme Court held that the right to peaceful protests without arms is a fundamental right. However, in those situations where the crowd becomes violent, it may necessitate and justify using reasonable force. Now ‘violent’ is a subjective term. No law or judgment defines what exactly the people have to do to be called violent – whether cops must be injured, public property damaged or something else – if so, to what extent? Interpretations are always subjective and in a manner that helps the government.

In Amit Sahni (2020), about the anti-Citizenship Amendment Act (CAA) protests at Shaheen Bagh, the Supreme Court held that public protests and demonstrations expressing dissent must be organised in ‘designated places’ only. The question is where do we have a mechanism that those desirous of protest, that if they approach the administration, will automatically be ‘allotted’ place, time and duration of protest without any discrimination?

In any case, the police have a battery of laws for preventive detention also. In this unique example of ‘constitutional tyranny’, one could be arrested on the mere apprehension that he could commit some act prejudicial to the state – the question of the right to protest does not even arise then.

A crowd can be dispersed by a sub-inspector using force (in which they can kill also) under Section 129 CrPC. For that, at least on record, the police have to declare it an unlawful assembly. Now the question is who determines it, and how sure the suffering public could be that the aforesaid determination is correct?

In a country where even experienced police officers are known to have fired in panic (as in Edesmetta) or out of sheer perversity (as in Thoothukudi) killing many, it does not make any sense to grant the power of life and death to a mere sub-inspector, who might be a young man of 23 years and facing a mob for the first time in his life, making him nervous like hell.

In Charan Singh (2004) and Bhanwar Singh (2008), the Supreme Court had held that an assembly of five or more would be called an unlawful assembly if its common object falls within the definition of Section 141 IPC. This section, being a classic relic of the spirit of oppression that had characterised the British rule, provides a long list of the common objects, which turn an assembly into an unlawful assembly. The modern Indian state continues to cling to such draconian colonial powers with maniacal doggedness. I will comment on those parts of Section 141 IPC, which are most often invoked by the police in using force on the protesting public.

How in the world can a crowd, howsoever large, ‘overawe’ the Union government, any state government, parliament or the legislature of any state? Are these so powerless? We have 2.1 million state police personnel and about a million paramilitary personnel in the country. We have the largest army in the world with 1.4 million soldiers. And yet, this law would have us believe that a mob could overawe the governments and the legislatures!

Second: To resist the execution of any law, or of any legal process.

The very words of this part of the law betray its real intention.

The difference between the ‘legal right’ to protest and ‘illegal resistance’ to any law or legal process has deliberately been left vague all these 160 years so that it may always be construed in favour of the state. Literally, it means to say that once the government passes any law, it becomes fait accompli and the citizens lose any right to register their protest against it. It means that the citizens are obliged to disperse immediately the moment a sub-inspector, in his whim, arrogance or fear, wrongly commands them to do so. There is no answer to what happens then to their right to protest guaranteed by the Constitution?

Third: To commit any mischief or criminal trespass, or other offence.

Under Section 427 IPC, damage of more than Rs 50 is punishable mischief. While Rs 50 in 1861 was a substantial amount, now it is simply ridiculous and the provision obviously open to abuse. Forcibly entering (trespassing) government property under Section 441 IPC can be understood for military campuses or vital installations. However, the office of a district collector or SP is a public place, where everybody is entitled to go. If protesters try to go there say, for example, to submit a memorandum to the government and merely because the collector or SP get jittery over it, invoking this section is atrocious. The provision of ‘other offence’ is so ridiculous that it needs no comment.

The state does not tolerate disobedience of any order

The laws pertaining to ‘contempt of the lawful authority of public servants’ is contained within Sections 172 to 190 IPC, with the most abused of them being Section 188 that speaks of disobedience to an order duly promulgated by a public servant.

The British had enacted these laws because they could never tolerate that the ‘native subjects’ dared to disobey the orders of the officials of the Empire. To defy the servants of the Empire was tantamount to defying the Empire itself. Still, they used Section 188 mainly against pro-freedom demonstrations only. The Indian state has abused it to such an extent that several lakhs of cases were registered under this for something as trivial as a violation of COVID-19 lockdown norms.

In effect, the existence of this law means that the government servants can issue any order, howsoever stupid or irrational, and the citizens are obliged to obey them or face prosecution. Implicit in the law is the arrogant presumption that the state and its servants can never be wrong.

Magistrates keep on imposing so many restrictions under Section 144 CrPC on the public that the Indian state has, for all practical purposes, become a ‘Ban State’.

Even as judgments like Anuradha Bhasin (2020) and Ramlila Maidan (2012) sought to prevent abuse of Section 144, the state has been abusing the powers because the law lends itself to such absurd interpretations that render the power of the magistrate almost absolute. The fundamental problem with the abuse of Section 144 is that by the time one approaches the high court and get an order on the violation of fundamental rights, the rights would already have been infringed.

The word ‘curfew’ has not been defined anywhere in the CrPC. The so-called shoot-at-sight business for violating the curfew order is utterly illegal, whether by the police or the military. This position was made clear in Jayantilal (1975) itself. Still, such orders were seen issued even during the 2020 Delhi riots. If the Indian state and its police pretend ignorance of an order 46 years later also, it only demonstrates their malfeasance.

No other country in the world has killed as many as 796 people in six years in police firing. It is clear that the absolutist Indian state is inherently intolerant of any protest and has deliberately retained such colonial laws that, under the cover of the laws, it may continue oppressing the people even to the extent of killing them with abandon.

N.C. Asthana is a retired IPS officer and a former DGP, Kerala. The author of 49 books, his latest book is ‘State Persecution of Minorities and Underprivileged in India’. He tweets @NcAsthana. This is the third in a four-part series on the ‘Defective Gene Pool of Indian laws’.