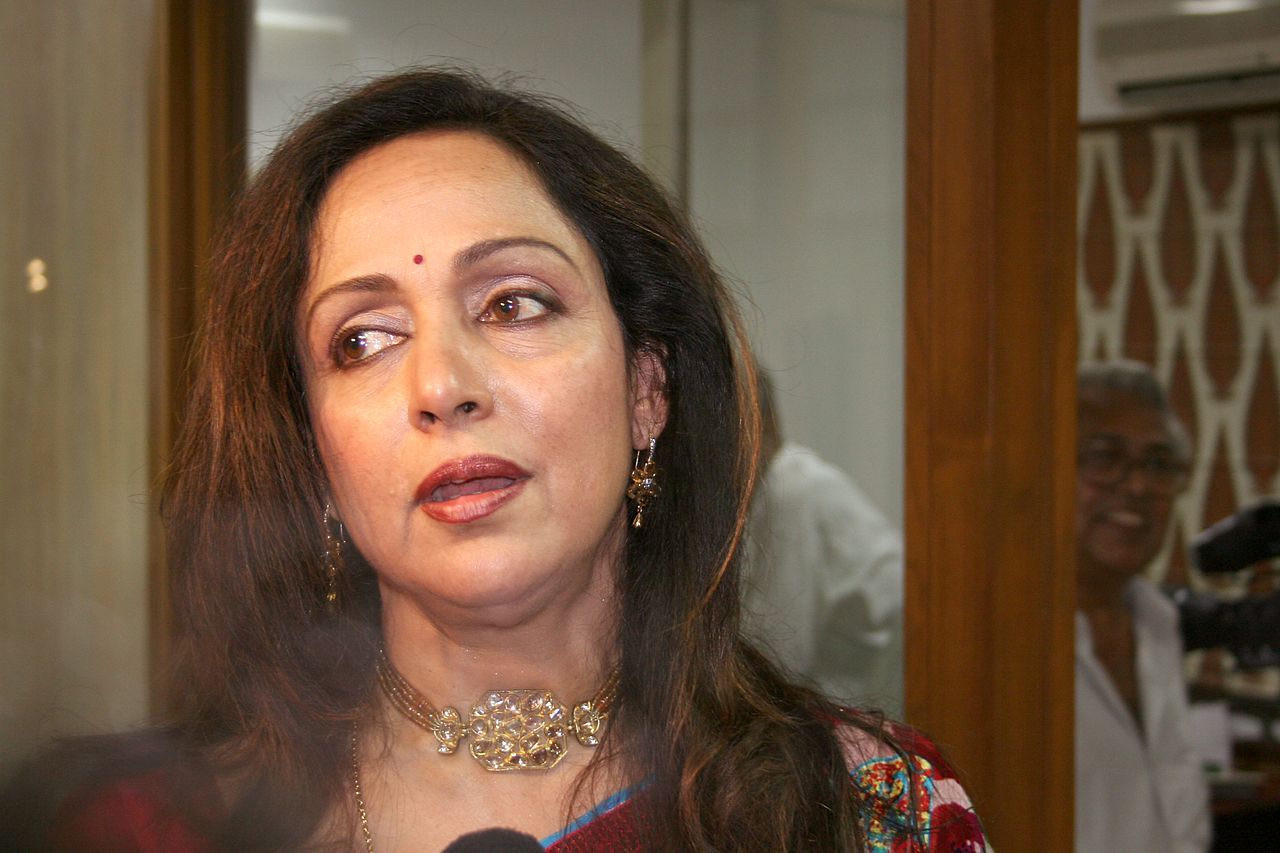 File picture of Hema Malini, who has been given 2000 square metres of land by the Maharashtra government. Credit: Biswarup Ganguly, Wikipedia commons

There has been outrage at actor and BJP MP Hema Malini being given a plot of 2000 sq.mtrs. at Andheri in Mumbai. This plot is worth much more than that — some estimates say almost 50 crores — and is being given away for Rs. 70000 by the State government. An additional bonus of 30000 sq.mtrs. is also being given to her purportedly for maintaining a garden. There is always a possibility that this garden will become a personal garden or there may be construction on it sometime in the future.This will then be euphemistically called ‘development’ or ‘redevelopment’. Hema Malini and the state’s revenue minister Eknath Khadse have expressed surprise at the outrage and criticism being voiced by citizens.

Both of them feel that the dream girl is being targeted unfairly. Hema Malini, who wants to set up a dance academy, has declared that it was her “right to demand space for the spread of Indian culture”.  As an Indian, I feel offended at this act of giving subsidy to rich being termed as the upholding of Indian culture. Khadse displays greater candor when he justifies this transfer of wealth from the poor to the rich by quoting earlier examples when such largesse was given. By his logic, if wrongs have been perpetrated earlier, why should there be any objection to a repeat of these? If Congress enriched its members and cronies, surely BJP has the same right, he seems to be saying. If thieves and criminals were to take inspiration from Mr. Khadse’s argument, they will be arguing in court that there are many others who have committed more grievous crimes, hence they should not be punished.

This is no trusteeship

Another justification provided is that Hema Malini and others who have taken such subsidies before are actually acting as trustees of government and doing the job which it cannot do. I am touched by this display of honesty by those in power. Gandhiji believed in the concept of trusteeship, but could never have envisioned this model of trusteeship of the rich on behalf of the poor. Those in power have not understood the idea of democracy being ‘of the people, for the people, by the people.’ They believe they have a right over the properties and wealth of the nation.

Let us agree with minister Khadse and Hema Malini that this not the first land grab. We are all aware that various sections of society – journalists, businessmen, judges, artists, politicians, bureaucrats and many others – have all happily taken from the state what they could. This real estate belongs to all citizens including the poorest. The money which Hema Malini will not pay for this land belongs to the man in Vidarbha who may be contemplating suicide since he cannot buy the next meal for his family.

Property belonging to the State belongs to all citizens. All Indians pay taxes directly or indirectly. The rich often think since they pay more, they have greater rights. It is often forgotten that the real estate and lands of the State belong to all citizens equally. Many of those in power have helped themselves to government owned property by using subterfuges like setting schools, colleges, hospitals, culture, even clubs. Civil society believes this is illegitimate enrichment and hence it objects to this transfer of wealth from the poor to the rich. Such transfers are legitimized by devices like rules, quotas, government resolutions and circulars. Many of these violate Article 14 of the constitution, but who will implement this fundamental right?

Too many arbitrary powers

The real flaw is the arbitrary powers which have been assumed by the rulers elected by us, and the bureaucrats appointed to provide service to us. There has been an acceptance that once land is given to anyone for any purpose he — and she — becomes de facto owner. Hence various devices are used to first hand over lands to an individual through a trust, institution or cooperative society. After that it is accepted that possession becomes de facto ownership. A zamindar or king could not have asked for more powers. Large tracts are given away at highly subsidized rates, and very cunningly justified by rules and orders. This then becomes the justification for giving the land at a fraction of its value. In Hema Malini’s case a convoluted argument has been advanced to charge 25% of the land cost in 1976. We should thank them that they did not decide to charge 25% of the cost in 1916.

The solution lies in removing all such arbitrary powers. We must accept that such subsidies on estates have largely not achieved social objectives. If the revenue due to the State on estate is collected as per market rates, the State need not be debt ridden. Just on this one count the Maharashtra State foregoes thousands of crores annually. Land is the wealth of the State and can fetch inflation-proof revenue. By allowing our lands to be given away we are ensuring a transfer of wealth from the poor to the rich. We are depriving our future generations from their open spaces and wealth. This is unethical, immoral and in contravention of article 14 of our constitution. All discretionary powers to those in power allowing them to give lands at subsidized rates must end. Hema Malini and the Chief Minister must take the lead just now. If they do not, citizens must oppose this transaction and take steps to stop this pernicious practice. There is considerable revenue available from the lands of our State. Let us tap this and banish poverty.