The Coronavirus Pandemic Will Leave Its Imprint on Governance and Polity

The nation state will bounce back, though likely with a pronounced authoritarian streak. Domestic political rivalries will dissipate for now in the face of the need for a united front, but future electoral outcomes may hold surprises. 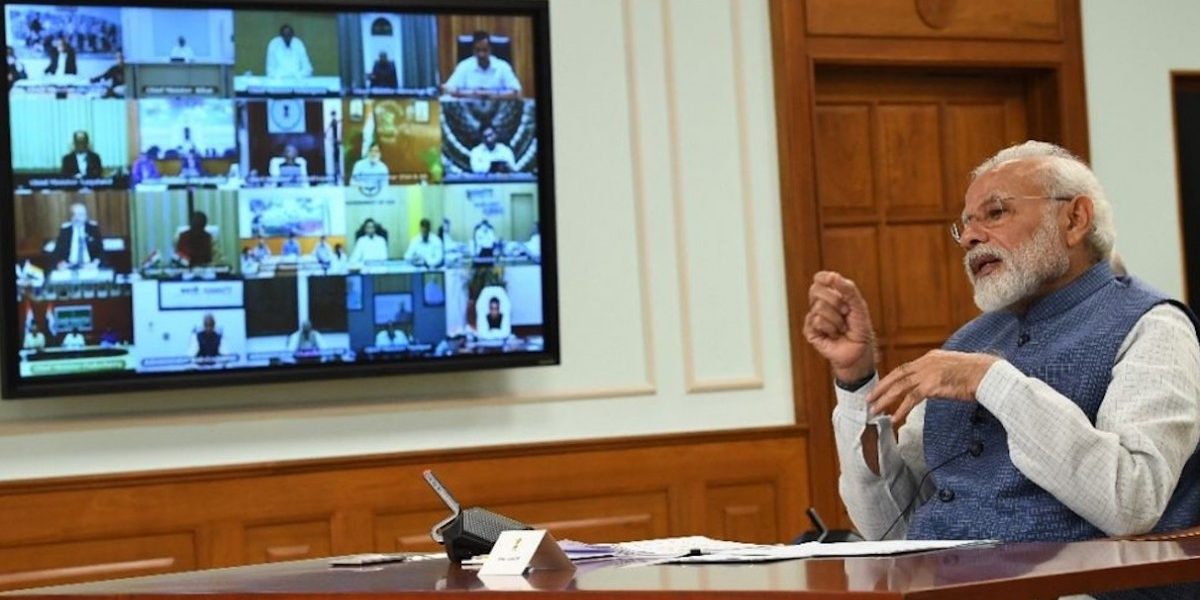 We may yet be neck deep in the coronavirus crisis but it is still worth thinking about what the possible outcome of these extraordinary times might be. There is no need to claim or offer accuracy in trying to anticipate the future – especially when so much that we took for granted is transformed – so here are four predictions I’d like to make, in no particular order of importance.

First, the authoritarian state model may gain salience, and new followers, perhaps not out of choice, but a kind of forced adaptation. Authentic facts of what happened in China, and its ongoing virus prevention and related actions are unclear and disputed on many points. For some, distrust for all things Chinese has deepened. But consider that besides China, many countries now use meta-data from phone locators to track infected persons and those that they may have infected. Yet, only one country in the world has a linked network of over 200 million surveillance cameras deployed across cities, towns and villages, equipped with the world’s finest face recognition and artificial intelligence algorithms; every individual inhabitant is identified and assigned case file numbers, tied with matching financial data and social media histories. Thus, virus infection tracking in China reaches an altogether different level of enforcement and continual scrutiny. No country has anything remotely comparable. For disaster management, this becomes an extraordinary tool. Let us put aside for our purpose its Kafkaesque dimension and note that this will play a role in dealing with this crisis, and the medium-term outcome for that country.

Beyond China, the existential threat posed by the current virus, has meant that extraordinary measures for isolation, tracking, and infection prevention being put in place necessarily involve harsh, decisive and instant actions. There is virtually no room for consultations, much less parliamentary debate. Those countries that react fast, learn quickly from mistakes, and are continually quick on the ball, will reduce mortality and benefit their own people. True, for the administrator, the instinct to regulate, even dictate, comes naturally. But more important, people in each country may then utility in authoritarian decisiveness. Will that not affect the wider narrative on governance methods?

Second, domestic politics models are likely to undergo transformation, though none can predict if some change now visible in different countries will endure. In India, the opposition response is in flux. Some states ruled by the opposition supported an extension of the lockdown mooted and imposed by the Centre, thus avoiding typical knee-jerk responses that have been the norm for parties out of power.

Elsewhere, opposition political parties have come forward to work with their governments, to effectively suggesting a virtual united front. Publics everywhere will surely remember, in their own way, how their ruling and opposition parties, and the entire body politic, acted in safeguarding their nation and community. But that is no guarantee to what will come later.

Remember what happened in the UK in the elections of early 1945, when the end of World War II was in sight, but not fully accomplished. In early 1940, a confused Britain turned to that leader in the wilderness, Winston Churchill who had climbed a political limb (over what became the 1935 India Act), self-destructed and had then gone into political self-exile. In crisis, the ruling Conservatives saw him as their only real choice. And did he not deliver? His wartime defiance of Hitler, those ringing, tightly rehearsed ‘extempore’ speeches, epitomise leadership for all time, despite the flaws that were also part of Churchill’s personality. And then, the very man who led the nation to victory was summarily rejected in the July 1945 election, even before Germany’s final collapse, and the Labour party was voted to power.

3. A new compact between nation states and multilateralism?

Third, the COVID-19 pandemic will ensure that the nation state is back as a vigorous, indispensable  sine qua non of the international system. Forget Suzanne Strange and her ilk. We might leave it to international relations theory specialists to work out the wider consequences, through elegant analysis. Some have speculated that international cooperation will become stronger across the board. Might the UN gain new traction? That seems optimistic. It may go against the reinforced reality of a strong nation state system.

4. The focus will have to be economic

Finally, and perhaps most important of all, if a horrendous economic collapse comes to pass, it will produce the greatest suffering on the poor and the deprived. Even in the wealthiest states, the lowest income groups will become the victims. For countries of the Global South, especially those with large numbers of poor people, we may not be able to imagine the magnitude of suffering. Future generations will also wonder how rulers fiddled across the world with their ‘business as usual’ narrow-minded political tunes, when they could have crafted better economic policy.

India might be among the countries where that regret over lost opportunities might be the deepest. Remember, after Prime Minister PV Narasimha Rao’s mid-1991, ‘had-no-alternative’ launch of economic liberalisation, our succeeding rulers lost the plot around the end of 1994, including that very prime minister. The list of those responsible includes the key economic policy makers and advisers of the succeeding years, right up to present times. This is not to rake over old coals, but simply to say that in the period 1995-2019 we could have done so much more, if only national economic growth and the prosperity of the people – and not a political calculus – had been the central driver of our governance actions. The Modi government did a great deal after 2014 on social governance (power connections, toilets, cooking gas, finance for the poor), but could have delivered more on economic reform.

A major plus right now for India is the strong will shown by Prime Minister Narendra Modi, even if much of our national governance system is more dystopian than efficacious. We will need drive, balanced and agile response actions, across the country’s 730 districts. That is where the battle against the virus will be waged, not in our chattering, self-indulgent capital or the other cities where, as always, both good leaders and satraps reign. Let’s prepare for hard times.

Kishan S. Rana is a former diplomat, teacher and author