Between the NIA Amendment and Now UAPA, the Squeeze on Human Rights is On

The proposal to designate individuals as ‘terrorists’ seems designed to brand a person without a conviction, thus exposing them to the political and social fallout which follows. 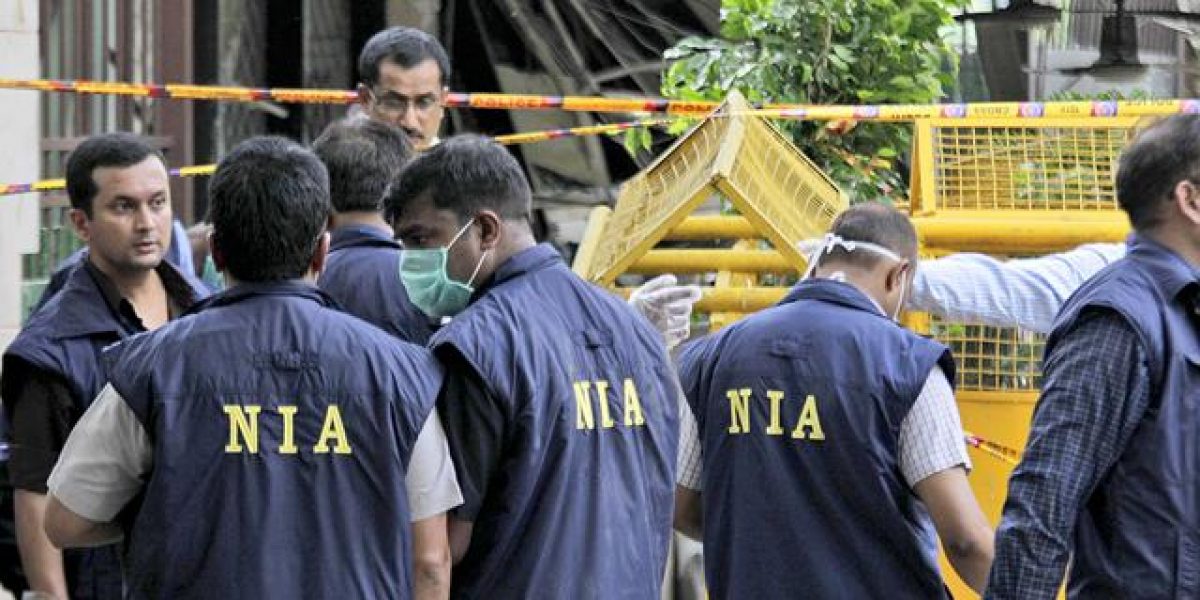 The National Investigation Agency was set up in a hurry after the 2008 Mumbai terror attacks. The objective behind setting up this agency was to have a national police force for investigating a select class of criminal offences which pose a direct threat to national security. The NIA was introduced by the then UPA government to show its seriousness in dealing with terrorism.

While the debate in parliament regarding the NIA focused a lot on terrorism and the harm it caused to society, no data or information was produced to show that the individual state police forces and the Central Bureau of Investigation had failed to prosecute terrorist offences. At the same time, the Unlawful Activities (Prevention) Act was also amended to make the standard for bail in such cases more strict.

Almost 11 years later, both laws are sought to be amended again. While the NIA Act has been amended, the Unlawful Activities (Prevention) Amendment Bill has been introduced in the Lok Sabha. The NIA is now empowered to investigate offences related to “(i) human trafficking, (ii) offences related to counterfeit currency or bank notes, (iii) manufacture or sale of prohibited arms, (iv) cyber-terrorism, and (v) offences under the Explosive Substances Act, 1908”.

As such, the Central government can now ensure that offences under these headings are no longer investigated by the respective state’s police but by the NIA. The NIA, which was justified in 2008 as a necessary infringement on federalism for a limited purpose, is now becoming a larger encroachment on federalism. Manufacture and sale of prohibited arms as well as offences related to counterfeit currency are not exactly rare, and now the Central government will decide whether the state police should investigate it or the Central police, that is, the NIA.

While this distinction on the basis of federalism seems technical and perhaps does not excite the public imagination, it remains a point of fundamental concern about the independence and functioning of state governments. The Central government, irrespective of which party has been in power, has ensured that the Delhi police remains under the Centre and does not come under the state.

The Centre is afraid of the coercion that could be brought against it by a police force not under its own control. The same will now be true of state governments and their personnel when a charge relating to possession “for sale, transfer, conversion, repair, test or proof, any prohibited arms or prohibited ammunition” or a charge relating to possession of a forged or counterfeit note is brought against them. The Central government will get to investigate and prosecute them.

Another area of concern might be the Explosive Substances Act. With the NIA anyway being questioned about its repeated failure to prosecute the Abhinav Bharat bombings, cases in which members of right-wing organisations have been accused could also be transferred under these new provisions and this could lead to some controversy.

The need to transfer more categories of cases to the NIA could have been understood if some evidence had been shown regarding the inability of state police forces to investigate these offences. However, nothing has been shown but for the bogey of terrorism. A terrorist aims at fomenting terror, to make free societies become fearful and to disrupt the constitutional structure. Unfortunately, successive governments have bowed to this terrorist threat, without seeking to improve and train the police force and to make our judicial system faster. In a system where even the NIA Special Courts are taking years to get going, let alone finish, more Special Courts and special investigative agencies are not the answer.

The NIA will also now be empowered to investigate offences outside India. This is being touted as an innovative step. The Indian Penal Code in any case extends to extra-territorial crimes committed by Indians but the NIA will now be able to investigate such crimes even if no Indian nationals are involved and the offence does not pertain to the territory of India. For instance, persons like Pakistani terrorist Hafiz Saeed are named as accused by investigative agencies in India without any such specific provision, as the Code of Criminal Procedure already allows the registration of any such crime as long as the offence takes place in India or its consequence ensues in India. They are investigated through the medium of international treaties and agreements between countries.

As such, this amendment will make no appreciable difference apart from India declaring that we can now investigate any crime anywhere. Practically, however, this would depend wholly upon cooperation from foreign states. Most foreign states would not like a full-fledged investigation of their citizens by the NIA.

While a designated ‘terrorist’ will face consequences under the Act, any such person suspected of terrorism already faced such consequences under the existing Act. The designation of ‘terrorist’ seems designed to brand a person and expose them to the political and social consequences thereto. This is a bizarre addition to this Act and shows the change in thinking about criminal laws – as an instrument of public shame rather than an instrument of providing justice.

The addition of offences to the NIA’s repertoire is likely to cause much controversy, considering the breadth of the liberty given to the Central government to transfer cases to the NIA. The NIA will now no longer investigate issues concerning national security but offences related to firearms, explosives and counterfeit currency as well. No case has been made as to why this was necessary and whether the NIA can even take up such a large number of cases.

Apart from this, there seem to be cosmetic changes to these two Acts to bolster the image of the government and to tarnish the image of those it deems to be ‘terrorists’. One can only hope that the government exercises such a power widely if, of course, the UAPA amendment is passed through parliament.