The $1.3-Billion Defence Deal That India and Japan Don’t Want to Admit is Struggling

While pricing concerns and technology transfer issues are two main sources of contention, both countries have separate reasons for not wanting to call off the sale of twelve ShinMaywa search-and-rescue aircraft. 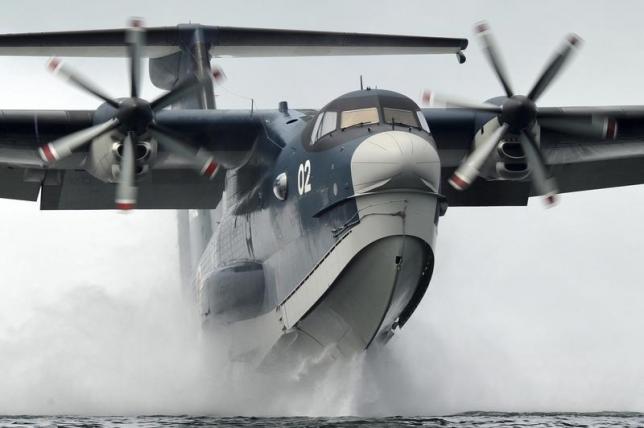 One of the more persistent rumours circulating in the run-up to Nakatani’s India trip was that the ShinMaywa sale had hit a couple of roadblocks.  According to industry insiders, not only is the deal unlikely to go through because of pricing concerns and technology transfer issues, both countries are content to drag negotiations out as far as they can without having to officially call it off.

The struggling sale, sources say, will also come as a shot of bad news for Anil Ambani’s fledgling Reliance Defence, which was on the final shortlist of potential Indian manufacturing partners.

Multiple industry observers The Wire spoke to pointed out that although India’s intention to purchase the aircraft was first announced back in 2011, over the last year the Modi government has made serious efforts at trying to push it through, with some Defence Ministry officials hoping to have made a formal announcement on the day of Nakatani’s arrival last Thursday.

However, the joint statement issued after the meeting between Nakatani and Defence Minister Manohar Parrikar came with no such announcement and was vaguely non-committal when it referenced the aircraft purchase.  “The ministers commended the effort made by both countries regarding the cooperation on US-2 amphibious aircraft which was launched in 2013,” the statement read.

“It’s true, from what we understand, the deal is in limbo right now. Both parties have their own issues. While the aircraft themselves are top-notch, there have been a number of disagreements over crucial issues on both sides. The Japanese, due to their history, are also not fully conversant with global norms on how defence deal negotiations are conducted,” former naval officer Abhijit Singh, who now heads the Maritime Policy Initiative at the Observer Research Foundation, told The Wire.

In 2014, Reuters reported that UPA government officials had in principle agreed to purchase 12-15 aircraft (in two phases), priced at around $110-115 million each; with there being some talk of co-production and potential technology transfer.

However, since then, according to military sources, there have been two constraints on how the sale will be implemented: the first is the hesitations that come with Japan’s self-imposed ban on arms exports, and the second is the requirements that come with Prime Minister Narendra Modi’s indigenous defence production push.

India, according to sources, first agreed to the price tag of $115 million per plane (which incidentally the Indian Navy has for the last year believed is too high) on the understanding that the deal would fall under the procurement policy’s “Buy and Make (Global) category which would come with a certain amount of technology transfer and possible India production. Under the new procurement policy’s 30% offset clause, Japan and ShinMaywa agreed and even offered in February to set up a plant in India that would help cater to international demand.

“What happened during negotiations was that it was implicitly understood that a few sweeteners would be offered along with the SAR craft, namely that some amount of surveillance technology would be provided or transferred. However, they later backed out with this because the technology is critical and it could be seen aversely back home in Japan as the country transferring arms technology,” one military source told The Wire.

Once it became clear that technology transfer wouldn’t happen, Indian Navy officials started raising objections in March and April this year, arguing that while the SAR aircraft would be useful in monitoring coastal waters and the country’s island chains, the price tag was too high if it didn’t come with other state-of-the-art surveillance technology which could enable the aircraft to be used for multiple purposes.

Japan, according to sources with second-hand knowledge of the matter, struggles in negotiations because of its decades-old ban on arms exports (which was only lifted in 2014) and ultimately hesitated when Indian officials tried to hammer down technology transfer specifics.

“ShinMaywa was open to starting a plant, but without technology transfer and true indigenous co-production it would fly in the face of the Prime Minister’s new defence procurement policy. So if that was taken off the table, the deal itself is too expensive for aircraft that is not absolutely vital and can only be used for a few purposes,” a source who had sat in on some of the negotiations said.

A failure to admit

If there is no progress being made and Indian Navy officials are against the deal, why don’t both parties admit failure and call it off? The deal, according to defence ministry officials, is separately crucial for both countries and could end up having a low-level impact on the India-Japan bilateral relationship if it is called off publicly.

For Japan, the sale of the aircraft by a Japanese company is more than a simple defence deal. According to industry observers, it is a political signal and a “larger effort to enhance the defence ties of India and Japan” which in turn is aimed squarely at countering China’s growing influence in Asia.

The Japanese government, for instance, is still licking its wounds after losing out on a $40 billion submarine deal in Australia earlier this year, which it lost to the French. The country’s prime minister Shinzo Abe has over the last three years moved towards a more assertive military position and dreams of reviving Japan’s arms export industry.

“To Japan, the deal is a political signal to China. After the failure in Australia in May, it doesn’t want to admit this is not moving forward. Even if the deal doesn’t seem likely, there could be some compromise in the future,” said one Indian defence ministry official.

In India, the Modi government is still hopeful. In private discussions with industry think-tanks, defence ministry officials assure analysts there are ongoing discussions with their Japanese counterparts although no specific details are offered. To call off the deal, one defence analyst told The Wire, would not only needlessly impact the bilateral relationship but also reflect poorly on Modi’s indigenous defence production push.

“It’s unnecessary to just walk away. And always, there’s a chance that both sides could find some sort of solution. Japan could agree to a price reduction and a simple 0ff-the-shelf deal could be brokered,” said the analyst.

The company most affected by this is Pipavav Defence and Offshore Engineering Company, which was acquired by Anil Ambani’s Reliance Infra in March 2015 and later renamed to Reliance Defence.

Defence Ministry officials and industry observers confirmed to The Wire, that Pipavav Defence was all but selected as the Indian private partner last December when the ShinMaywa deal was slotted under the ‘buy and make (global)’ category.

The company, which has signed a large number of agreements and formed many joint ventures, still hasn’t won a significant project and will have to look towards its Ukraine agreements for its first venture.