Terrorism has never been about absolute body counts. It has always been about creating shock and awe to accentuate the helplessness of the state. 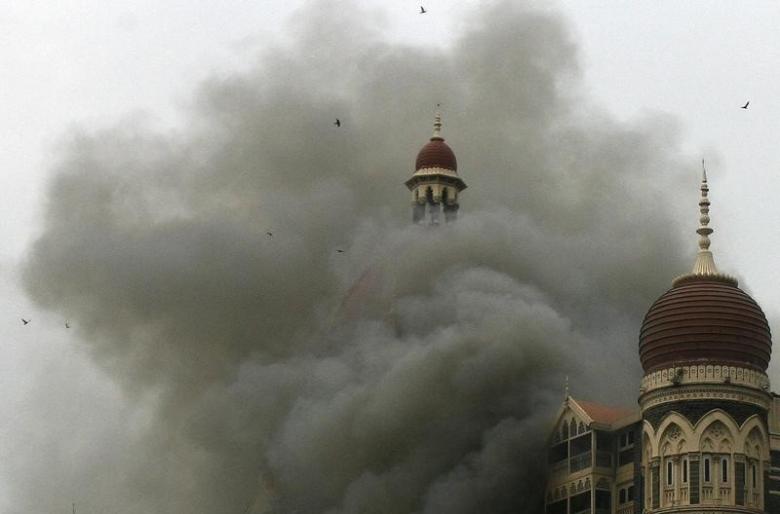 The Taj Mahal hotel is seen engulfed in smoke during a gun battle in Mumbai November 29, 2008. Credit: Reuters/Arko Datta/Files

Terrorism has never been about absolute body counts. It has always been about creating shock and awe to accentuate the helplessness of the state. 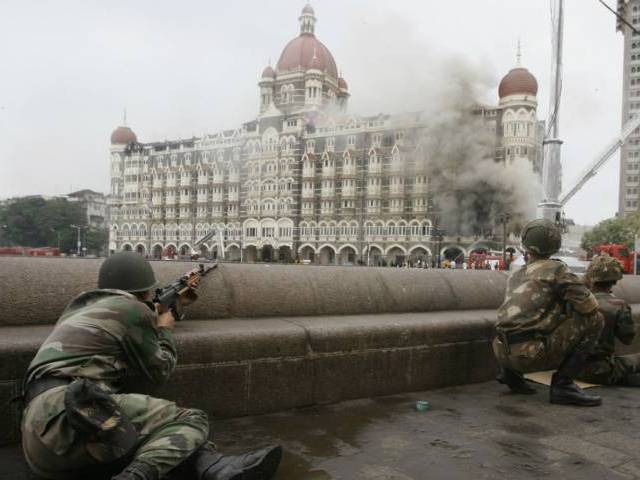 Nine years ago today, India got its own 9/11. The 26/11 attack was neither the first nor the most damaging. The 1993 bombings killed nearly 100 more people. Nor the most provocative. The 2001 parliament attack mobilised two nuclear armies. But the 26/11 attacks were etched into our collective psyche because it met all the requirements of a textbook terror attack. Nearly a decade later, we have achieved some tactical capacity but ironically may have become more vulnerable strategically.

At its essence, terror is an instrument of war, designed to exert compellence far disproportionate to the size or conventional ability of the attacker. Terrorism has never been about absolute body counts. It has always been about creating shock and awe to accentuate the helplessness of the state. That is how a nation one-sixth of our economy can engage with us in conflict over decades. And while the principles of this instrument have remained unchanged over centuries, its execution has evolved too rapidly for the state machinery, creating a paradox wherein large nations end up losing small wars.

The classical model of state security demarcates threats and responses into structured compartments. So the armed forces deal with external threats and police with internal. There is one agency to deal with external intelligence and another to deal with internal. Such structured approaches work well when dealing with insurgents or militant organisations whose tactics are derived from a similar military lineage, but collapse when confronted with asymmetric thinking and formless structures. Let’s understand this with 26/11.

Also read: 9/11 and the Space Between Grief and Analysis

The 26/11 attack at its essence was a classic commando raid. Ten well-trained and equipped men established a temporary base in a commandeered vessel. They infiltrated coastal defences and struck pre-determined and pre-reconnoitred locations with specific objectives. They were well briefed about their targets, routes and floor plans, and controlled by seasoned special operations veterans, thousands of kilometres away. Apart from the fact that the plan was an outright one-way ticket, it had every overtone of a special forces mission. And therefore the establishment was quick to execute a risk assessment and implement remedial measures.

They determined that time was lost in transporting commandos from Delhi, so they set up National Security Guard (NSG) hubs in many cities. They assessed that police didn’t have shoreline patrolling capability, so they bought beach scooters. There was outrage on the antiquated weapons of the police, so new weapons were procured. Hotels were attacked so their security was beefed up. In other words, we prepare exceedingly well for the last attack. But most of it is entirely irrelevant because of three reasons.

Firstly, asymmetric warriors have the ability to change tactics and operations literally on a dime. When nations respond towards a particular threat vector – in the case of 26/11, the commando raid format – our adversaries changed the modus to lone wolf attacks and striking ‘shallow’ targets near the border, instead of depth targets like Mumbai. When we created capacity like Force One and NSG hubs to protect civilian targets, they upped the ante by attacking regular army units like in Uri. When border controls become strong and prevent trained terrorists from getting in, they start radicalising those who are already inside the fence.

We forget the Pakistani army’s objective is to bolster the raison d’être of their dominance in supposedly-democratic Pakistan, by keeping the relationship with India simmering. While that was the original fountainhead of this hydra created by Zia-ul-Haq, it soon spun out of their control as the Pakistani military realised painfully after the Peshawar carnage. Given that the ogre can’t be put back into the bottle, under intense US and internal pressures, the Pakistani military has no option but to channel this toxic capacity towards India in some form or another.

The army headquarters in Uri after the attack. Credit: PTI

Secondly, while we may be obsessed with preventing another 26/11 type of attack, from the ISI’s perspective, there is no need for a second attack. This is not an annual exercise, it’s a single ‘dose’ which ensures the wastage of scarce resources by India for decades to come. Every new battalion created removes 800 productive Indians from economically-contributing professions like teachers, doctors, mechanics or entrepreneurship to economically-draining security apparatuses. Every time an NSG hub is created, some schools and hospitals can’t be built. Every cup of coffee we pay for has a ‘security surcharge’ added to it. Every minute a citizen spends being frisked for security is a productive minute that has been lost forever. Every volatility in the environment vaporises investments.

A terror attack is like throwing sand into the machinery of a developing nation, diverting scarce resources from where they are needed to where they do little good. If our adversary is able to cause us to lose billions of dollars in terms of value, time, mindshare, opportunities and velocity with a minuscule investment, he continues to win in perpetuity.

Lastly, the fight against terrorism is not just a battle against terrorists. It is an introspective conflict between our thinking of the past and the paradigm shifts needed to address the future. It’s a battle of change management in doctrines and the courage that a nation needs to admit that we can’t keep fighting future wars with past strategies. It needs the critical mass to overcome the vested interests of status quoists. Simply put, it is a battle between short-term interests of a few against the long-term interests of all.

Also read: In Dealing With Threats to Our Existence, Uncertainty is the New Normal

When the average terrorist is in his early 20s, how can intelligence agencies with an average age of 50 plus keep up with them? When our police is increasingly politicised, how can we expect them to be professional? When our procurement processes are designed to deliver in years, how can we respond with the agility needed in the volatile, uncertain, complex and ambiguous world? When political parties condone the use of violence and fear to further their agendas in a democracy, how can we claim moral superiority over elements who resort to terror to attain their objectives?

Our national apparatuses have begun to resemble quaint Lutyens bungalows with picturesque facades, vintage furniture and bakelite switches that power old-fashioned fans and rococo lights. They look pretty and reminiscent of past glory. But when that circuitry is loaded with modern devices like fridges, air conditioners, geysers and washing machines, the antiquated copper wiring collapses. Shunts and patchwork can only hold it together for so long. At some point, the entire wiring has to be ripped open and replaced with ‘intelligence-led, technology-driven’ and accountable systems.

A decade after 26/11, we can choose to lament the lack of progress – which is the usual fare for such ‘anniversaries’ – or we can appreciate the sense of urgency of the collapsing circuitry. There is no need to enumerate the solutions here. Countless studies, committee reports and professional recommendations have already done that. The distance we need to cover is not from ignorance to ideation; it is from ideation to implementation. Our leaders periodically proclaim zero tolerance for terrorism. But how can we have zero tolerance for terrorism in an environment which is tolerant of every other crime?

Raghu Raman is the founding CEO of NATGRID. He tweets @captraman. Views expressed are personal.