The elections from teachers' and graduates' constituencies were effected with the intention of ensuring that educated voters help to curb criminality in politics, but these polls seem to be numerically ineffectual. 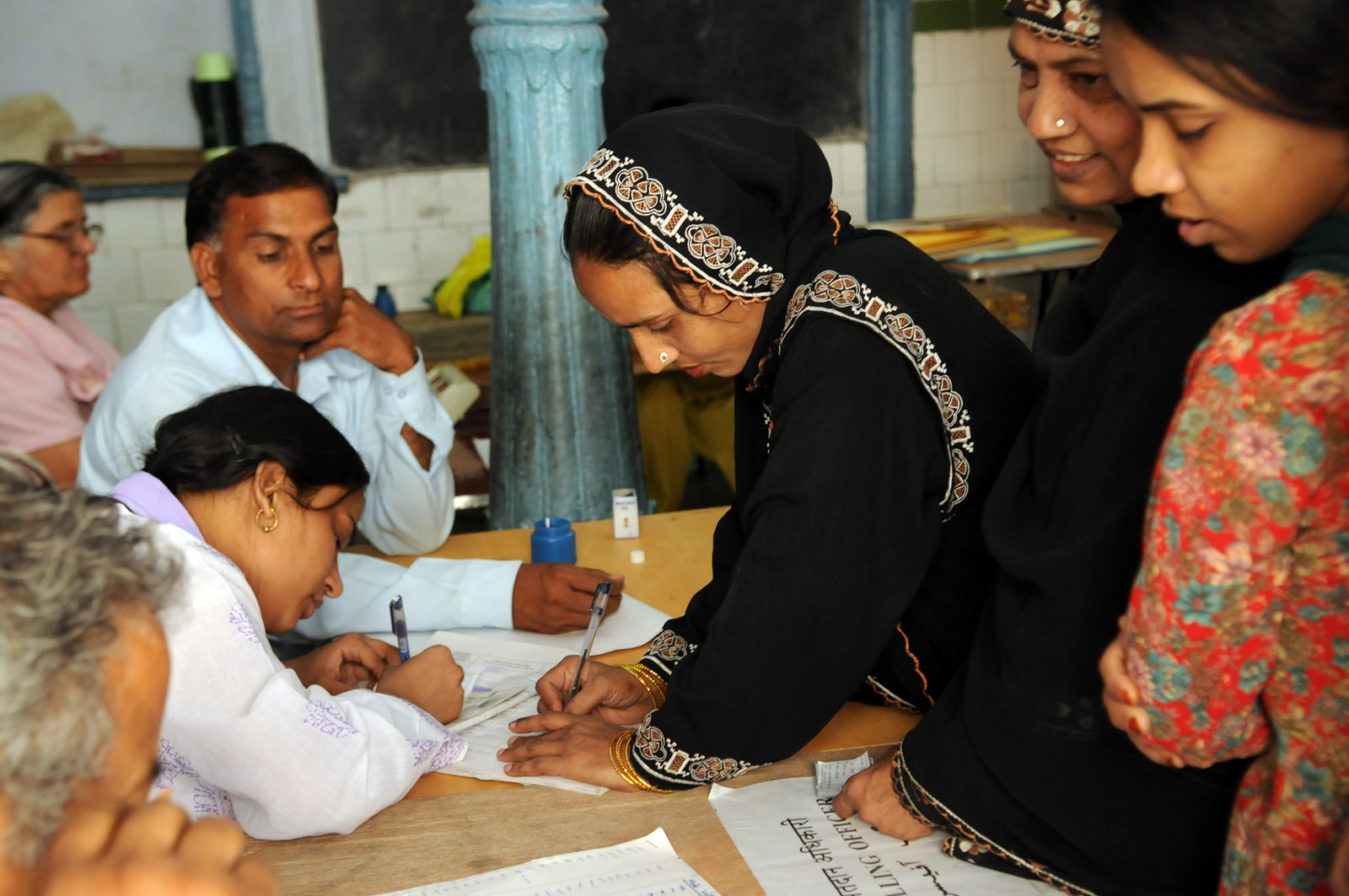 A woman registers to vote in Delhi. Credit: Public Resourse.org/Flickr CC BY 2.0

Along with the elections to the five state assemblies of Uttar Pradesh, Punjab, Goa, Manipur and Uttarakhand, the Election Commission of India has also announced elections to fill up vacancies in Uttar Pradesh, Maharashtra and Karnataka legislative councils due to the retirement or resignation of members who represented the teachers’ or graduates’ constituencies.

These are constituencies in which only teachers and graduates respectively are eligible to vote. The idea may have been that the representation would be better if educated people alone were entitled to vote for a representative to the legislative council.

Does the idea hold good now?

To curb criminality in politics and the use of money and muscle power by the candidates, it was thought that it would be better if only the highly educated and the intellectuals were allowed to vote. The thought process was that this would result in the election of clean, honest and sincere candidates as the polity would grow above caste, community and religious lines. But today, when a host of new professions have come into being and are attracting the best of talent with educated citizens, such an exercise no longer makes much sense.

Do all the states in the country have such constituencies?

These elections are only held in the seven bi-cameral states of the country. Along with a legislative assembly, they also possess a legislative council or an upper house, which has a fixed term of six years like the Rajya Sabha, one-third of whose members retire every two years. The states in India which have a legislative council are Uttar Pradesh, Maharashtra, Karnataka, Bihar, Jammu and Kashmir, Andhra Pradesh and Telangana. These elections are conducted by the respective state election commissions

Who are eligible to vote in elections to these constituencies?

These elections are not open to all voters. Only citizens of India who are ordinarily resident from the given constituency can vote in this election provided they hold a graduation degree from a recognised Indian university, or an equivalent qualification. Another eligibility criteria is that the prospective voter should have obtained the said qualification at at least three years before the qualifying date for preparation of the electoral rolls.

In the case of teachers’ constituency, the basic requirement remains the same – they need to be a citizen of India and ordinarily a resident in the constituency. This apart, in order to qualify as a voter in such a constituency one needs to be a full-time teacher in at least a secondary school or higher, for a total period of at least three years in the six years immediately prior to the qualifying date.

Are these representatives able to voice the concerns of their constituency well?

How can a person apply for a vote?

For elections to teachers’ or graduates’ constituency, a resident can apply as a voter by downloading a form from the state election commission site. An ordinary voter-identity card is not sufficient to become eligible to cast a vote in these two cases. However, in the case of teachers, as they are mostly graduates, they normally qualify to vote in elections in both these constituencies.

Why is the turnout low in these elections?

The turnout is low because most eligible voters do not bother to register because the registration process is quite cumbersome. Apart from filling up a form a person also has to make a copy of degree certificates and self-attest it, get a gazetted officer to attest the address proof and a copy of degree certificate or carry an original of the certificate to the registration location. The process is time consuming. Therefore the turnout in these elections is usually abysmally low.

Do these elections really serve their purpose?

Apparently not, because in the absence of proper information and the public’s lack of exposure, most eligible voters do not register. This is also reflected in the low turnout these elections normally witness. What compounds the issue is the requirement of separate registration, which discourages many eligible people.