The government has asked the 4,000-plus temples under its control to pray for rain. 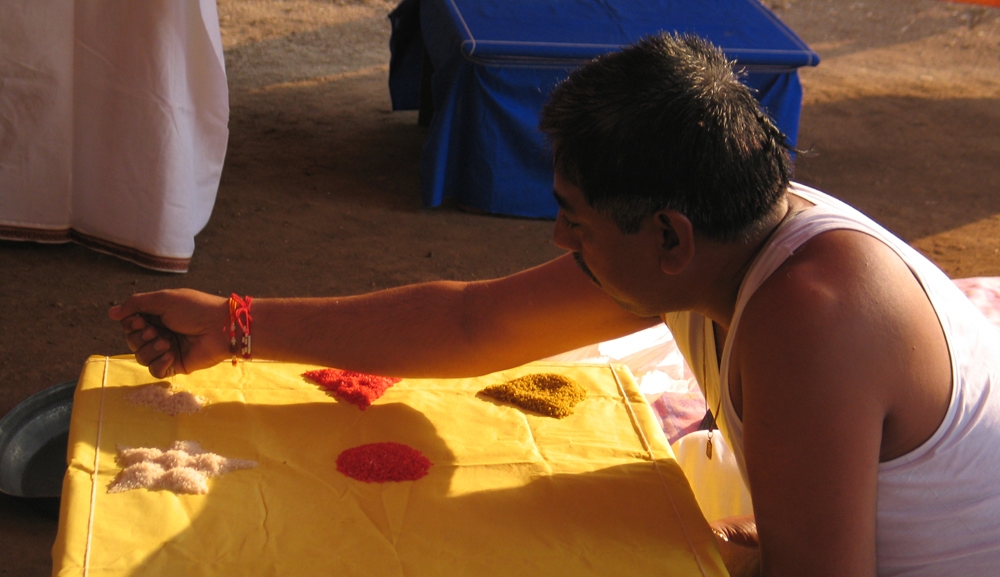 Chennai: Tamil Nadu is staring at a severe drought. This March, the state government had declared that 24 of 32 districts have been hit by hydrological drought. At least 19 districts have reported a fall in groundwater levels in 2019, compared to only three districts in 2018.

Reports of crimes committed over water scarcity have also begun to emerge.

A woman in Pallavaram in suburban Chennai was assaulted this week and had to be admitted into a hospital for demanding her quota of three pots of water, which she was refused on the charge that she had already procured it. It is not uncommon to see pots lined up in front of tanks on streets in the state right from midnight.

The state government, however, has come up with a novel idea to tackle the drought: Perform Yagnas.

A circular issued by the Hindu Religious and Charitable Endowments (HR & CE) department has urged the authorities of temples under its control to perform yagnas to beget rains. Dated April 28, the circular explains the ways by which the yagnas are to be performed. This includes constructing a water tank around Nandhi and filling it with water to the level of Nandhi’s neck, and to arrange musical concerts involving ragas like Amirthavarshini, Megavarshini and Kethari that would supposedly please the rain gods.

Also read: Election 2019 | What Voters Are Thinking About in Tamil Nadu

The circular also advises the temple authorities to communicate to them the date on which the yagnas will be performed by May 2 and keep the department informed after the yagnas have been conducted. Sources say the yagnas are expected to be conducted in at least 4,000 temples. According to the policy note 2018-2019 of the HR & CE department, there are about 36,000 temples governed by it.

The circular signed by HR&CE commissioner K. Phanindra Reddy has, as expected, triggered a storm across the state.

Pointing to the constitution, which says it is the fundamental duty of every citizen to develop scientific temper, Suba Veerapandiyan, general secretary of the movement Dravida Iyakka Thamizhar Peravai says the circular is potently ‘anti-constitutional’. According to him,

“If a citizen has the duty to develop scientific temper, what about the government? It is not the mandate of the HR&CE department to even do this. When formed in 1925, the mandate of the HR & CE department was to manage finances and maintain temples. Just as individuals have the rights to perform yagnas, rationalists have the right to question such practices. But when the administration does that, we can only see it as this government’s complete submission to the BJP. It further strengthens our argument that the BJP drives this government.”

BJP national secretary and Sivaganga Lok Sabha candidate H. Raja took to Twitter to defend the decision. “The order is permissible under law and the yagnas should be done in all temples. The Hindus should condemn (Dravidar Kazhagam leader) Veeramani for opposing this,” he said.

Veerapandiyan points out it was C.N. Annadurai, former chief minister, who had photographs of gods and goddesses removed from government offices during his tenure. “It is ironic that a party that carries Anna in its name and claims to be secular could do this.”

P. Shanmugam, the general secretary of the Tamil Nadu chapter of the All India Kisan Sabha says the government has effectively done nothing to handle the drought. “Several districts are severely hit, livestock has gone without water for several days, and people are staring at a humongous drinking water crisis. Yet this government thinks it is important to conduct yagnas and not take alternative steps to provide drinking water. This is phenomenal,” he says. Shanmugam says the government should immediately step up measures to solve the drinking water crisis gripping the state.

Phanindra Reddy did not pick up calls when he was contacted. Sources in the HR&CE department say it is not unusual for the department to conduct yagnas – but never by issuing a circular. “They have been a regular feature, especially when the AIADMK is in power. But perhaps this is the first time that a circular has been issued,” said a source.

Activists say the government had abjectly failed to take any steps to check the crisis. “The 2015 floods in Chennai served as warning that the government refused to take note of. The capacity of the four reservoirs in Chennai – Poondi, Sholavaram, Chembarambakkam and Red Hills – is 11 TMC and Chennai needs only 10 TMC every year. By desilting the reservoirs, this crisis could have been solved. Also, the government failed to recycle the water in smaller water bodies which have been contaminated with sewage,” says G Sundarrajan, activist with Poovulagin Nanbargal. “Performing a yagna is unscientific, irrational, unwarranted and never a solution. For the kind of drought that is staring at us, we need real solutions.”