To Tackle Rising Cases of Child Sex Abuse, the NCRB Must Address Gaps in POCSO Data

The NCRB's practice of clubbing the data for cases under distinct sections of the POCSO Act renders this data largely unintelligible and devoid of meaning. 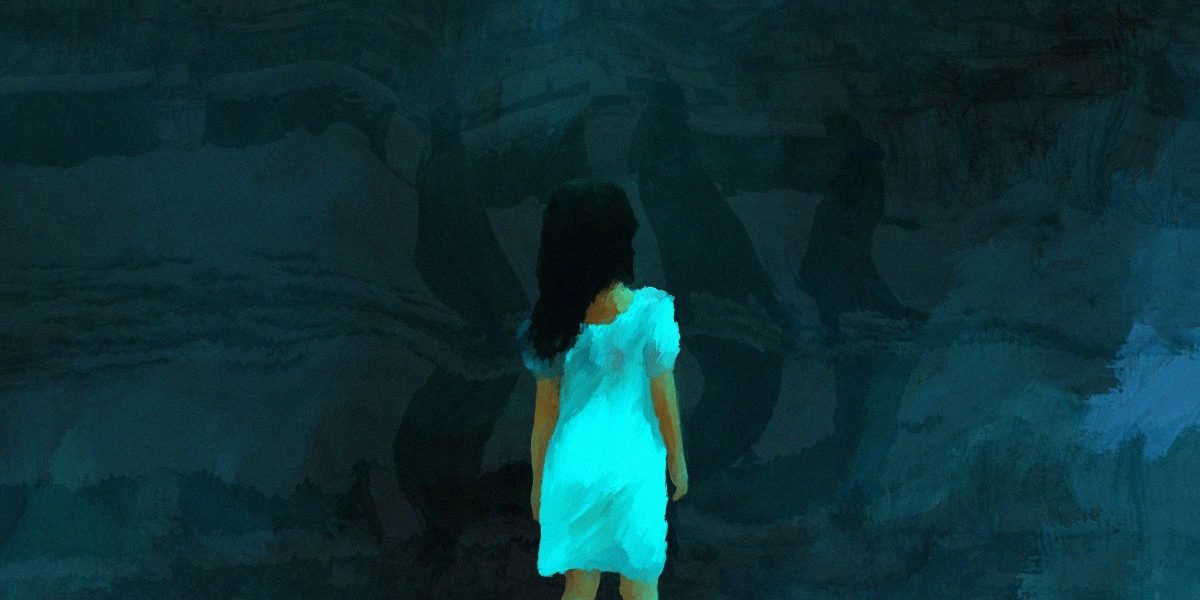 Last month, the National Crime Records Bureau (NCRB) published its annual ‘Crime in India’ report providing statistics on crimes committed in India in 2020. In the last three years, according to its data, 418,385 crimes against children were recorded. Of these, child sex abuse offences under the Protection of Children against Sexual Offences (POCSO) Act, 2012, alone accounted for 134,383 – or roughly one third – of the recorded incidents.

If, by this calculation, every third crime registered against a child is under POCSO, one would expect the NCRB to collect and present accurate and detailed data related to POCSO offences. Instead, the gaps and discrepancies in the NCRB data related to POCSO cases raise questions on its utility in policymaking and implementation.

The problem of clubbing offences in the NCRB report

The highest class of offences registered against children, as per the NCRB data, are those related to kidnapping and abduction, punishable under the Indian Penal Code. For these offences, the NCRB provides data under ten heads, including missing children deemed as kidnapped, kidnapping for ransom, kidnapping and abduction to compel minor girls for marriage and so on. All of these are distinct offences covered by different provisions of law and punished differently. For policymakers to understand trends in these offences, design counter strategies and direct resources, such granular data is useful.

But when it comes to the POCSO Act, which prescribes only a select few offences, different offences are clubbed together for the purpose of reporting, rendering the data unintelligible and devoid of purpose.

For example, if a police officer or member of the armed forces committed penetrative sexual assault on a child in the course of his duty or otherwise, it will be considered an aggravated assault. If a child is gang-raped, is below 12 years of age or is inflicted with HIV or any other life-threatening disease because of such an assault, it will be considered an offence of an aggravated nature.

These cases are also punished differently, with aggravated offences attracting longer and more stringent imprisonment. Not only are these offences distinct conceptually, but the clubbing of these offences for the purpose of reporting also deprives policymakers, researchers and the legal fraternity of information that is useful to understand trends and take steps to rectify the problem.

Similarly, the clubbing of cases from Section 17-22 deprives citizens of insights related to two important protections afforded under the POCSO Act. Section 21 punishes the non-reporting of an offence and can be invoked against the family of a child for trying to suppress incidents of sexual assault by family members or against the police for refusing to record an offence under POCSO. Section 22 makes it punishable to falsely implicate a person under any POCSO offence.

Both these sections, again, are conceptually different and serve unique purposes – discouraging the suppression of offences and discouraging false cases respectively. Clubbing them together defeats the purpose of drawing a distinction between these two offences. 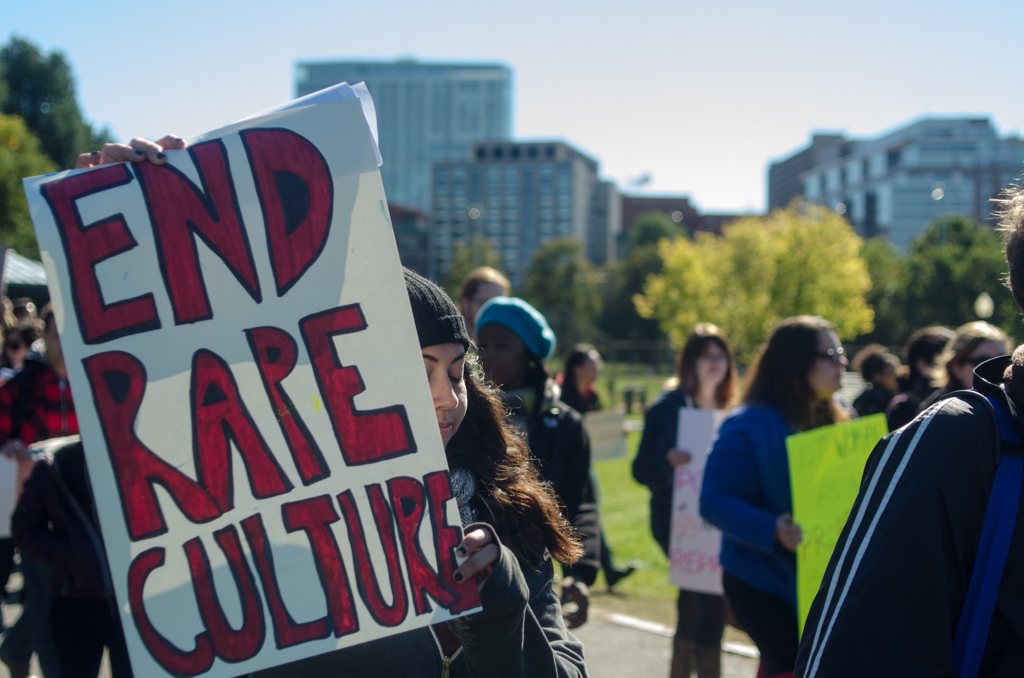 A demonstrator at a protest against sexual violence. Photo: Chase Carter/Flickr CC BY ND 2.0

A 2018 study conducted by the Centre for Child and the Law at NLSIU, Bangalore looked at the judgments of special courts established under POCSO in five states. It found that, in Maharashtra, aggravated charges were not invoked by the police in 51% of cases where the facts revealed aggravated circumstances. For Andhra Pradesh, this was seen in 35% of cases where aggravated charges were warranted. Similar trends were observed for Karnataka and Assam.

The study also noted that, as a precaution, the police may sometimes invoke both simple and aggravated charges in cases where the facts are not clear. But by clubbing the reporting of the simple and aggravated sections, the NCRB data makes it impossible to decipher whether the police are clubbing offences while lodging complaints or if aggravated charges are not being invoked where they should be.

This also becomes problematic when another NCRB dataset is considered, that of the offender’s relationship to the child victims under POCSO. According to this dataset, the offender is known to the child in 96% of cases under Sections 4 and 6 combined. In 51% of cases, the offender is a family member, friend, employer or a known person. This is significant because assault by a person who is related to the child through blood, adoption, marriage or shares a household or is part of the management or staff of an institution where the child studies or resides and so on. is an aggravated offence under POCSO.

This means that the majority of cases reported under Sections 4 and 6 would warrant invoking aggravated charges. However, because the NCRB clubs offences, it is not possible to determine if this is happening.

In another instance, the NCRB record show only 244 cases under POCSO in Rajasthan in 2020, of which a considerable majority – 180 – fell under Sections 17-22. Due to such clubbing, it is impossible to determine whether these cases pertain to the non-reporting of offences or false complaints. Either could explain the low number of POCSO cases from a state as large and populous as Rajasthan, but both are problems of a different nature. Suppression of cases will create a false sense of security and complacency within the police and authorities whereas false complaints will undermine the spirit of POCSO. Both will also require different policy responses.

There are also internal discrepancies within the data that remain unexplained. The NCRB clarifies in its methodology for data collection and publication that data entry takes place at the police station level, where the first validation takes place. The data is then consolidated at the state level (by the State Criminal Records Bureau) and validated again. Finally, the data is then checked by the NCRB for discrepancies and inconsistencies. Despite this, if there is a mismatch in numbers across years, the buck stops with the NCRB.

This gap of 938 cases remains unexplained.

The sudden increase of 2116 cases also warrants an explanation.

It is difficult to accept that the NCRB has not noticed this inexplicable discrepancy across the years and has not done anything to rectify it.

Even with its limitations, the NCRB data is referred to by policymakers and informs policy decisions. It is imperative that it continues to improve and become more robust. As for POCSO cases, the NCRB must avoid clubbing offences or change its format so as to encourage the police to not club offences and provide granular data on all cases under distinct sections. This will enable the research and analysis of trends and help in identifying operationalisation issues that need to be addressed. The discrepancies must be noted and responded to as soon as possible to avoid questions being raised on the veracity and efficacy of data.

In the fight against the growing menace of child sex abuse, the availability of accurate and timely data could be immensely useful.

Maansi Verma is a lawyer currently working with iProbono as a ‘Justice Leila Seth Fellow’, 2021.