The numbers show that the government's guidelines on establishing whether a region is truly ODF aren't being followed. 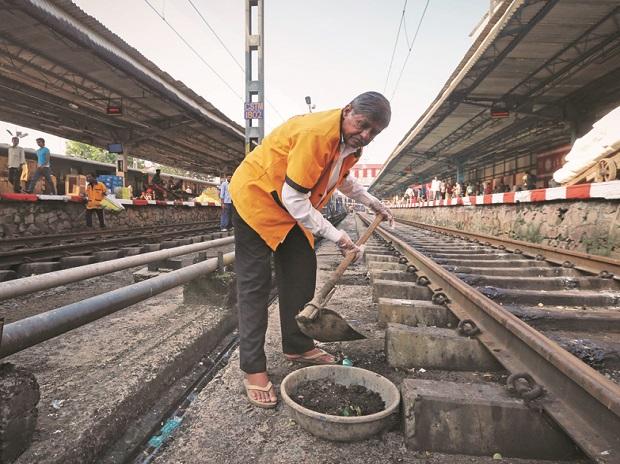 New Delhi: Last week, two Dalit children, aged 10 and 12, were beaten to death when they were defecating next to a road in Shivpuri, Madhya Pradesh. Their village has been declared and verified ‘open defecation free’ (ODF) as far as the Swachh Bharat Mission’s database is concerned, but their family had no access to a toilet.

Ten days before that, a woman had gone, along with other women, to relieve herself in the fields of Icchwapur in Uttar Pradesh’s Rae Bareli. Her body was later found with her head smashed in. This was a case of ‘honour’ killing. But she or the other women with her either did not have access to a toilet or had chosen not to use it. All villages in Rae Bareli too have been declared and verified ODF, as per the SBM database.

These two instances raise question marks over the process of declaration and verification of ODF status.

Since the scale of the exercise was much larger in rural India than in urban India, this analysis is restricted to the Swachh Bharat Mission (Gramin). At the outset, it’s important to acknowledge that the SBM has achieved much more than all previous schemes aimed at improving the state of rural sanitation. But claims about the extent to which Indian is open defecation free are inflated.

According to the SBM database, as of September 26, all villages had declared themselves ODF and 90% of villages had undergone first-level verification.

The authenticity of the information contained in this database is questionable. But even if we were to take it at face value, the performance is not as blemish-free as the government has claimed.

In Odisha, for instance, only 51% of villages had gone through the first level of verification. Bihar had carried out first-level verification in 58% of its over 38,000 villages.

According to the SBM guidelines, a village can declare itself ODF by passing a resolution to the effect in the gram sabha. This information is then uploaded on the SBM database and the village concerned is marked as ‘declared ODF’.

Four present and former government officials who have worked extensively on the SBM in different parts of the country also told The Wire that the verification process is carried out only on paper. “In a hurry to meet the targets and declare the country open defecation free, the verification process has not been followed. Verification is done only on paper, sometimes without even anyone visiting the village. Only in a handful of cases have I seen the guidelines being followed,” a former official said.

The government’s own data hints at this practice. When The Wire checked the SBM database on September 26, the number of verified ODF villages (first level) in Odisha was 23,902. After four days, on September 30, that number had increased almost 55% to 37,008. That implies that Odisha had managed to complete first-level verification in over 13,000 villages in four days, at the rate of over 3,200 villages a day.

“If verification is carried out properly, one village would take at least three hours because there is a checklist that has to be followed and villages have to be marked on several parameters. It is physically not possible to verify 13,000 villages in four days or even a month,” said one of the officials The Wire spoke to.

As director of SBM, Yugal Joshi wrote in the Economic and Political Weekly last year that the database is updated in “real time”.

Also read: The Open is No Place for India’s Children to Go

So, if the database is to be believed, Odisha verified more villages in four days than it did in the whole of 2018-19, when verification was carried out in 11,679 villages. Of all the villages verified so far in 2019-20, 63% were verified in just four days – barely a week before Prime Minister Narendra Modi was scheduled to declare India open defecation free.

During the same four-day period, flood-hit Bihar managed to verify 3,202 villages, while Uttar Pradesh carried out first-level verification in 3,850 villages.

If we look at the government’s own data for second-level verification, it raises even more doubts on the robustness of the government’s claims. Across the country, only 24% of the almost six lakh villages have been verified a second time. This, according to the SBM guidelines, is important to ensure the sustainability of ODF status.

Otherwise, villages could fall out of the ODF status, as The Wire had found during its reporting last year. In our travels in Meerut and Shamli districts, which had been declared ODF in 2017, we found several households that lacked access to toilets. Either the toilets were never constructed or were too poorly constructed to be used. Some had even collapsed entirely.

When this reporter spoke to residents of these villages over the phone recently, they said that some more toilets had collapsed in the intervening period. No additional toilets had been built, posing questions over the wisdom of declaring ODF status with the kind of finality the government has, as it reduces the incentives for improvement.

The case of missing toilets

Another aspect which raises questions over the authenticity of the data contained in the SBM database is the deletion of households from the database itself.

While reporting last year, The Wire had saved the database as it had existed on October 1, 2018 for the state of Uttar Pradesh. Comparing that data with the present database, we find that the total number of households as per Format A03 of the SBM database has reduced – specifically the column titled ‘Total detail entered (with and without toilet)’ (hereafter column 3).

According to the present and former officials The Wire spoke to, this column represents the total number of households. In the case of UP, the number has reduced by 1,58,051 in the last one year.

“This was done as the targets were too stiff to be met,” said one of the officials. “So the target itself was reduced by simply deleting entries in the baseline survey.”

As per an internal document of the UP government from December 2017, which The Wire has seen, the state needed to build over 42,000 toilets every day to ensure that every household as per its database had access to a toilet by October 2, 2018, which was the deadline at the time.

“This was simply not possible. So entries in the database were deleted to make the target easier,” the official quoted above said.

On closer inspection of the data, it emerged that a large number of entries were deleted from the column titled ‘Total HH detail with toilet’ (hereafter column 6). The SBM takes as its starting point a 2012 countrywide survey called the baseline survey. This survey enumerated the number of households which already had access to toilets. This information is mentioned in column 6.

According to the officials we spoke to, this number ought not to change. “Even if it was later found – and there were several such cases – that a household had been left out of the baseline survey, that household was added to a new list called ‘left out beneficiary’ which has only recently been added. The number as per the baseline survey should not change,” a former official said. Column 6 should, ideally, remain untouched.

That, however, has not been the case. We found that between last year and now, the number of households mentioned in column 6 had reduced by 1,03,768.

“This was done to show that toilets that had already existed were constructed under Swachh Bharat,” said the person quoted above.

This should have meant that column 3 should have also reduced by the same number as column 6. But that, as we mentioned earlier, has reduced by a greater number.

This discrepancy remains perplexing even to the officials. “It is possible that households were also deleted from the list of households without toilets. But, in my experience, I have not seen that being done. It has been common to reduce the number in the baseline,” said an official presently working in central UP.

“The SBM database is a complete sham. The only focus is to somehow show in the database that the target has been achieved. On the ground, only about 40% of the toilets that the government has claimed to have built have actually been built,” he said.

As was mentioned by an official earlier, the SBM database has recently added a new column titled ‘left out beneficiary’ which includes households that had not been included in the database due to not being included in the baseline survey.

The government has thus acknowledged that the baseline survey did not include all households, which makes deletions from columns 6 and 3 even more puzzling.

“The left-out beneficiaries were not included in the list to begin with. So, adding left out beneficiaries cannot be justification for deleting entries from the baseline or the total target. That has only been done to make it easier to meet targets,” the official said.

A questionnaire has been sent to the Ministry of Jal Shakti and the story will be updated if a response is received.