Inclusion Is Key to Any Sanitation Goal India Sets

On World Toilet Day, it is crucial to first recognise the various complexities of vulnerable and marginalised groups who are likely to be left behind. 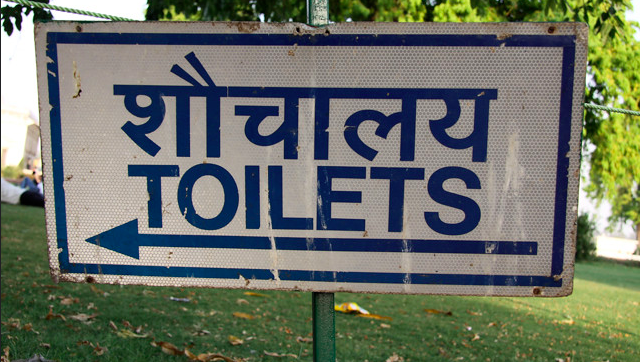 Gandhi, a crusader for sanitation, believed that it was “more important than Independence”. However, the challenge is now to sustain the ODF status and address the last mile challenge of achieving “universal access to all, at all times” so that vulnerable and marginalised groups are not left behind.

With the introduction of the Swachh Bharat Mission, approximately 100 million household toilets and six million community toilets and public toilets have been constructed in rural and urban areas respectively till date. This achievement is no less a feat considering that the sanitation progress in India appeared very dismal at the beginning of the decade.

The Census of India showed that approximately 50% of households in India practiced open defecation and 3% people relied on community and public toilets. A Joint Monitoring Programme (2012) by UNICEF-WHO reported that India was home to 626 million people practicing open defecation out of the total one billion across the world.

Besides construction of toilets, the government had put a strong thrust on sustaining ODF by addressing issues of safe practices across various elements of the Fecal Sludge Management (FSM) value chain, including safe collection, safe transportation, safe disposal, recycle and reuse.

Another flagship programme of the government in 2015, the Atal Mission for Rejuvenation and Urban Transformation (AMRUT) allowed for septage management investments and encouraged states to submit plans for safe and sustainable FSSM solutions.

Subsequently, the national policy on FSM was introduced in 2017. By 2018, 19 states and Union Territories had formulated state policies to scale up approaches for “safely managed sanitation” in urban areas.

This has led to a shift in the dialogue on FSSM in the country. From having just one Fecal Sludge Treatment Plant (FSTP) in 2016 there are more than 30 FSTPs in operation today and according to some estimates, possibly approximately 430 FSTPs are under consideration and construction.

While the achievement in the last five years is laudable in terms of infrastructure creation, to address the last mile challenge, and to ensure sustainable ODF status, it is critical to reflect whether all vulnerable and marginalised groups in the city are provided safe sanitation facilities based on the principle of “leaving no one behind”.

This principle is also an overarching one for the Sustainable Development Goals to which India is committed. To achieve SDG 6 on water and sanitation, it is crucial to first recognise various complexities of vulnerable and marginalised groups who are likely to be left behind. People who are left behind are often from marginalised groups living in poverty, in precarious conditions, without access to safe water and sanitation. According to a recent study (2018) by UN Women, an average Dalit woman in India dies 14.6 years younger than those from higher castes, the cause being poor sanitation and inadequate access to water and healthcare. Likewise, transgender persons are often harassed, attacked or denied usage of public sanitation facilities. Pregnant and lactating mothers, people with disabilities and elderly persons also have underlying special needs and expectations from sanitation infrastructure.

These social inequalities also act as barriers to opportunities. To bridge the gap, it is necessary to encourage participation of marginalised groups in leadership roles and decision making processes of service delivery. Inclusive approaches to sanitation are pre-requisite to ensure safety and dignity of workers, capacity building and skill building of poor and marginalised to operate and manage sanitation (including FSM) systems.

To safeguard rights of marginalised groups, the government has introduced a slew of policies and Acts. For instance, the Transgender Persons (Protection of Rights) Bill, 2016 seeks to safeguard the basic civil rights of transgender persons by addressing issues of access to public spaces (which would include access to public toilets and community toilets). As per Section 46 of the Rights of Persons with Disabilities Act (PwD Act), 2016, states are required to provide for ramps in public building and adaptation of toilets for wheel chair users.

Sugamya Bharat Abhiyan (Accessible India Campaign) was launched in 2015 by the Ministry of Social Justice and Empowerment with an aim to create an enabling and barrier free environment by focusing on the built environment; public transportation and information and communication technologies.

The Prohibition of Employment as Manual Scavengers and their Rehabilitation Act, 2013, forbids the employment of any person for the task of manual scavenging by any agency or individual. It also places restrictions on manual cleaning of sewers and septic tanks.

While various legislations espouse for improving both living and working conditions of marginalised groups, yet, a lot more emphasis is required for achieving inclusive sanitation service delivery across cities. As a first step, cities need to identify the most marginalised and vulnerable groups residing in the city and the locations where they live.

As a commitment to eliminate inequality and discrimination, city governments should prioritise these locations for receiving benefits of all urban programmes. To address issues of exclusion, participatory process of engaging communities need to be institutionalised within the city through creation of community based forums and groups represented by marginalised sections.

Drawing on the human rights approach, the inclusive sanitation strategy should cover different aspects of access to WASH services such as safe water supply, adequate sanitation and hygiene including menstrual hygiene management, along with specific needs of people with disability and transgender persons.

Cities should examine how user fees of community toilets and public toilets and de-sludging costs of septic tanks and other onsite sanitation systems can be made equitable for most marginalised categories and how their voices can be strengthened in the decision making processes in provisioning of WASH services at both city and community levels.

It is generally witnessed that inclusive planning and inclusive budgeting remains elusive to many urban local bodies, which need greater attention to focus on the poor and marginalised in the city. Capacity building of elected representatives, urban local body officials, including community members also needs to be bolstered to apply an inclusive lens in all urban programmes, including sanitation.

Cities can develop a road map for making citywide inclusion achievable through a phased approach and develop key indicators at each step to monitor the progress through participation of all stakeholders of the city, including poor and most marginalised groups.

Anju Dwivedi is a Senior Researcher with the Scaling City Institutions for India, the sanitation initiative at the Centre for Policy Research (CPR), working on issues of urban drinking water and sanitation. For nearly 25 years, she has worked with central, state, and local governments, NGOs and community based groups. Her current role focuses on managing and supporting the project in Odisha on sustainable Fecal Sludge Management (FSM) systems.

Bharti is a Senior Research Associate with the SCIFI. She is a rural management professional with experience in water and sanitation policy review, governance and programme implementation space.

Tripti Singh has trained as a Sociologist. Currently, she is a Research Associate with the SCIFI. Her work focuses on understanding sanitation service delivery in formal and informal settlements in urban India, and how socio-cultural, economic and gender based vulnerabilities affect access to water and sanitation.