An independent auditor will scrutinise the income received, and expenditure incurred, by the cricketing body as well. 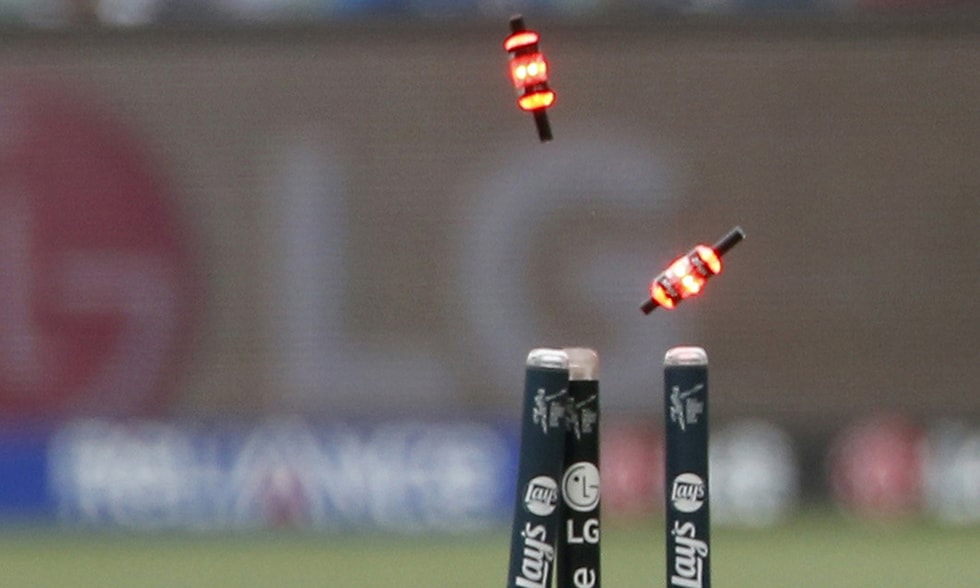 The bails light up electronically as they fly off the stumps during an unsuccessful attempted run out of India's batsman Virat Kholi during their Cricket World Cup match against Pakistan in Adelaide, February 15, 2015. REUTERS/David Gray (AUSTRALIA - Tags: SPORT CRICKET) New Delhi: The Supreme Court, on Friday, took away the financial autonomy of the BCCI and asked Justice Lodha committee to appoint an independent auditor to audit the income received and expenditure incurred by the cricketing body.

Giving this direction, a three-judge bench of Chief Justice T.S. Thakur and Justices A.M. Kanwilkar and D.Y. Chandrachud said that the auditor shall also oversee the tendering process that will hereinafter be undertaken by BCCI, as well as the award of contracts above a threshold value to be fixed by the committee.

It said the award of contracts by BCCI above the threshold shall also be subject to the prior approval of the committee; which will be at liberty to obtain the advice of the auditors on the fairness of the tendering process which has been adopted by BCCI and in regard to all relevant facts and circumstances.

The bench slammed BCCI President Anurag Thakur for questioning the legitimacy of the recommendation of the Lodha committee for the appointment of a CAG nominee after the recommendation was accepted by this court on July 18. The court said that prima facie directions of this court have been ignored, actions have been taken to present a fait accompli to the committee, the directives of the committee have been breached, and member associations have not been duly intimated about the directions of the committee and the timelines fixed by it.

The bench also criticised Anurag Thakur for seeking clarification from ICC and said it is a matter of serious concern that the president of BCCI, even after the declaration of the final judgment and order of this court, requested the chairperson of ICC for a letter “clarifying” (as he states) the position which he had taken as BCCI president to the effect that the induction of a CAG nominee would amount to governmental interference and may result in BCCI being suspended from ICC.

The bench said there was no occasion for the president of BCCI to do so once the recommendation of the committee for the induction of a CAG nominee was accepted in the final judgment of this court. This finding which is contained in the final judgment and order of this court binds BCCI. Prima facie, an effort has been made by the BCCI president  to create a record in order to question the legitimacy of the recommendation of the committee for the appointment of a CAG nominee after the recommendation was accepted by this Court on July 18.

The bench while pointing out that the stand of Ratnakar Shetty was at variance with Anurag Thakur said “We presently defer further consideration of the action to be taken with reference to his conduct. Mr Shetty in his response to the status report claims that the CEO of ICC had “falsely” stated in his interview that the President of BCCI had requested ICC to issue a letter stating that the intervention of this Court amounted to governmental interference. The version of Mr Shetty is at variance to what is alleged to have been stated by the CEO of ICC. It may also become necessary for this court to assess the veracity of the version of Mr Shetty and that of Mr Richardson.”

The bench asked Shashank Manohar, Chairman of ICC and the-then president of BCCI to file his response setting out his version, to set the record straight and assist the Supreme Court.  Manohar is at liberty to obtain a report from Richardson before filing his response. The sequence of events that have been taken place since 18th July, 2016 and referred to in the status report prima facie give an impression that BCCI has, far from lending its fullest cooperation to the committee, adopted an obstructionist and at times a defiant attitude. The committee in tern has taken note of this and described it as an impediment undermining  the dignity of the Supreme Court.

The court said “We have presently come to the conclusion that, prima facie, there is substance in the status report submitted by the committee. Implementation of the final judgment of this court dated 18 July 2016 has prima facie been impeded by the intransigence of BCCI and its office bearers. However, having due regard to the submission made on behalf of BCCI that it would make every genuine effort to persuade the state associations to secure compliance with the judgment of this court, and having regard to the larger interests of the game of cricket, we are desisting from issuing a direction at this stage in terms of the request made by the committee for appointment of administrators so as to enable BCCI to demonstrate its good faith and the steps taken for compliance both before the committee in the first instance and before this court by the next date of hearing.” The bench, however said other issues will be dealt with in its hearing on December 5.