Among the recommendations is fixing Rs 100 as a fee for second appeals along with a mandatory detailed written submission justifying the same. 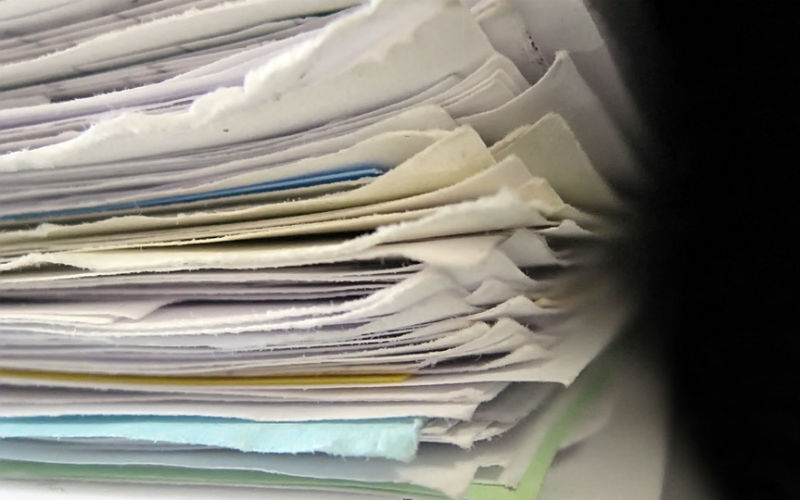 New Delhi: With the Centre failing to make any new appointments to the Central Information Commission (CIC) in the past two years and the strength of the panel dwindling to seven against the 11 sanctioned posts, information commissioners – in order to keep the pendency levels low –  have of late started clamping down on appellants filing frivolous and multiple applications.

In one such recent orders, chief information commissioner R.K. Mathur directed that an appellant, who did not appear in person or through someone despite having filed a large number of appeals and complaints against different public authorities, “be called personally in New Delhi for all his future cases”.

Mathur’s order came in response to a plea filed by Shiv Kumar Agrawal with the additional registrar of the Supreme Court in which information had been sought regarding a letter sent by the appellant to the court. During the hearing in the matter before the Commission, the respondent chief public information officer of Supreme Court submitted that a detailed reply had already been provided to the complainant. He also submitted that “the complainant had filed numerous RTI applications broadly on the same subject matter”.

Mathur observed that while the steps and actions taken by the respondent in dealing with the RTI application were “satisfactory”, despite due notice from the Commission, the complainant neither appeared in person nor through someone duly authorised by him to press his case. He also observed that Agrawal had filed a large number of appeals or complaints against different public authorities but had not appeared in any case. Therefore, he directed the deputy registrar of the Commission to ensure that the complainant asked to appear in New Delhi for all his future cases.

In another recent order, central information commissioner M. Sridhar Acharyulu while disposing of a plea filed by Girish Prasad Gupta with the CPIO of the Department of Posts, expressed deep concern at the appellant filing as many as 47 second appeals despite being provided “sufficient information”.

In light of such seemingly frivolous applications, which divert the officers of departments from their work, Acharyulu suggested that “this can be prevented by fixing a fee for second appeal with specific justification by the appellant, which makes it a serious exercise.” He, therefore, strongly recommended fixation of Rs.100 as fee for second appeal along with a mandatory detailed written submission justifying the same.

In this case, the appellant had sought information regarding the report given by sub-postmaster, Begusarai East Division concerning clearance of dropping of dirty water into a drain. The CIC also noted that the department had been “tolerating the unparliamentarily language used in his petitions.”

Man had filed over 100 applications on the same subject

“The appellant remained absent during the hearing today while all concerned officers in 47 second appeals from several Postal Divisions have represented before this Commission from various NIC studios. The officers have explained that the appellant has filed more than 100 RTI applications and is in the habit of filing multiple RTI applications on the same subject matter,” Acharyulu recorded, adding that “irrespective of furnishing of information, the appellant took each case to first appeal and most of them to second appeal also in a very routine manner.”

While Gupta did not appear for the second appeals, Acharyulu said the Commission had to send 94 notices (both appellant and respondent authority) separately by speed post in 94 envelopes, each costing approximately Rs 25, besides spending manpower and stationery in dealing with his applications.

Stating that the Commission finds this to be a “frivolous case of routine second appeals without any regard for public money and time of public offices”, the CIC said “this cannot be encouraged under any circumstances”. He, therefore, recommended fixing Rs 100 as a fee for second appeal along with a mandatory detailed written submission justifying the same.

On the provisions that cover this aspect, he said: “Even the Right to Information Act, 2005 nowhere mentions about the fee at first and second appeals while prescribing Rs 10 for each and every RTI application. The RTI Rules prescribe the rate of copying fee only and the law also did not prescribe any fee for first appeal.”

Since the second appeal lies with an independent body, which is specially constituted for the purpose of adjudicating the appeals and complaints, Acharyulu said “such frivolous second appeals will cause huge wastage of public money and time of the Commission.” Therefore, he recommended that the Department of Personnel and Training consider this suggestion of fixing fee for second appeal, put it for consultation, collect the opinion of all the stakeholders and take an appropriate decision to frame proper rules only pertaining to imposition of fee without tinkering other legal aspects of access to information.