Shopian 'Encounter' Involving Army Officer as an Accused is a Case of Murder: J&K Police

While the two other accused in the case have been arrested, police are waiting for approval from the Centre mandated under the Armed Forces Special Powers Act to prosecute the army official. 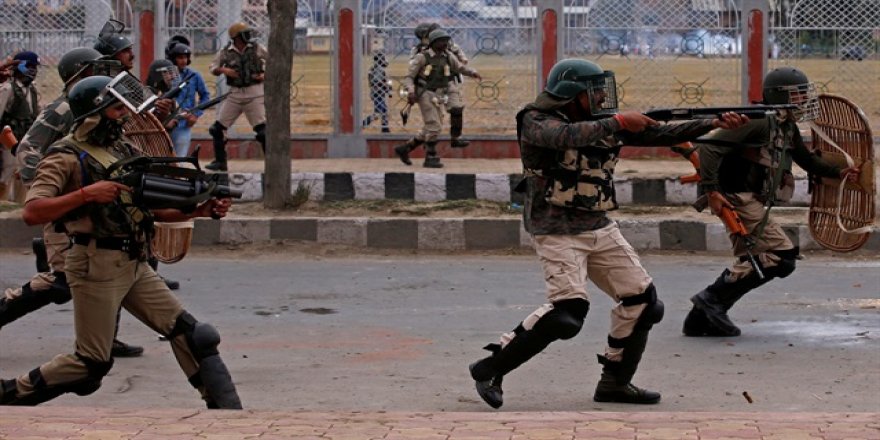 Srinagar: The police investigation in the killing of three youngsters of Rajouri in southern Kashmir’s Shopian district in July this year has revealed that they were murdered by an army captain after abducting them with the help of two locals believed to be army informers.

In its charge sheet filed in the court of chief judicial magistrate Shopian, the police have charged the captain and two others with murder and abduction of youths, who were killed on the intervening night of July 17 and 18.

The police probe has revealed that a conspiracy was hatched by the accused – Captain Bhoopendra Singh alias Major Basheer Khan of 62 Rashtriya Rifles (RR), Tabish Nazir, son of Nazir Ahmed Malik of  Chowgam, and Bilal Ahmed Lone, son of  Ghulam Nabi Lone of Arabal Nikas, Pulwama – to abduct the trio and stage the encounter.

The investigation has also revealed that the accused planted illegally acquired weapons and material on the dead bodies of youth after murdering them.

The accused army captain has also been charged with deliberately providing false information to his colleagues and seniors in the army.

According to the charge sheet, the police investigation has prima facie established that the accused army official and two other civilians have committed offences under Sections 302 (murder), 364 (abduction), 201 (causing disappearance of evidence and giving false information), 436 (mischief by fire or explosive substance with intent to destroy house etc),120(criminal conspiracy), 182( false information, with intent to cause public servant to use his lawful power to the injury of another person) of the Indian Penal Code and Section 7/25 of the Arms Act (possession of prohibited weapons).

“The accused captain Bhoopendra Singh @ Major Basheer Khan(A-1) of 62 RR furnished false information to mislead the senior officers and for getting lodgement of FIR done to tailor fit his motive for grabbing prize money in furtherance of criminal conspiracy,”  reveals documents in possession of The Wire.

The documents further reveal that the victims were abducted from their rented accommodation at Chowgam and were murdered at Amshipora. 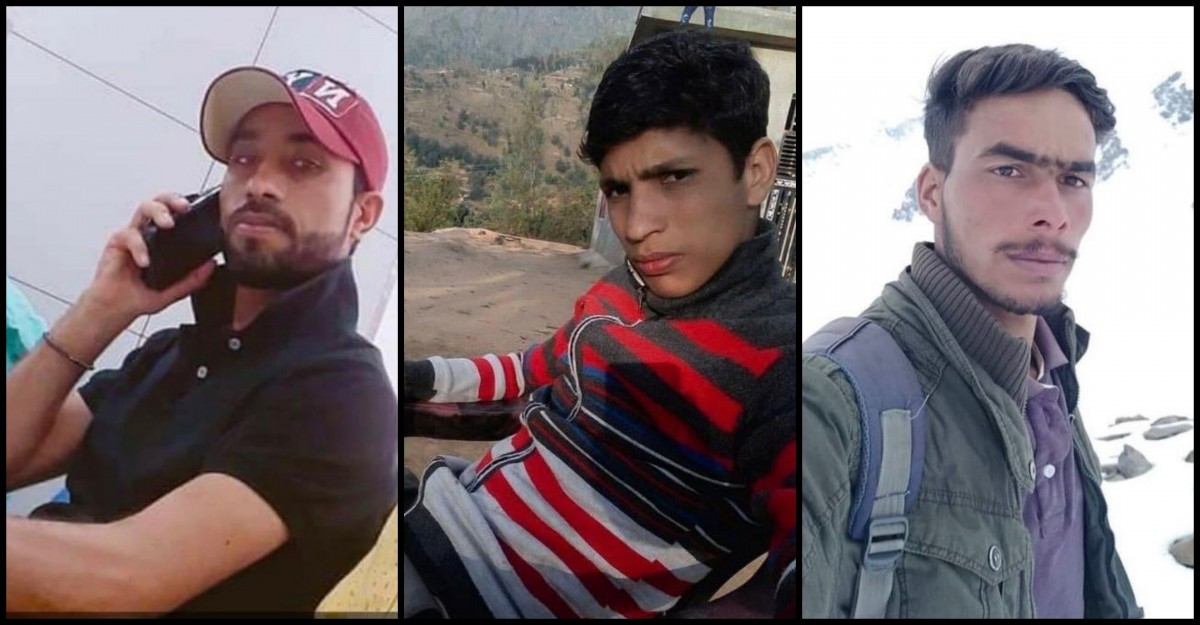 Rajouri youngsters killed by the accused in Shopian in July 2020. Photo: Twitter

The vehicle used for their abduction and transportation of the victims has also been seized as evidence in the case, the documents disclose.

The owner of the vehicle used in the abduction of the trio has deposed that soldiers from 62 RR had taken the vehicle from him on July 17.

In his statement recorded under Section 161  of Criminal Procedure Code (CrPC), Aijaz Ahmad, owner of the vehicle, revealed that an army team of six personnel from 62 RR camp Reshinagri had taken the vehicle from his residential premises on July 17 around 6:30 pm.

He further said that on July 18 he had received a call from the army to come and collect the key of his vehicle. He was also told that his vehicle was lying at Amshipora Nar in a faulty condition.

“Aijaz Ahmed Lone, the owner of the said vehicle, collected the keys at the gate from the Army camp 62 RR Reshinagri camp and then went on to retrieve his vehicle as he arranged another vehicle to tow the same back to his residential house. The Army had also informed him that he may get the said vehicle repaired and submit the bill to the Army for compensation,” the documents reveal.

According to the documents, the police investigation has revealed that that the same vehicle used during abduction of the three deceased persons was also used for transportation along with planted material in the Amshipora incident.

On July 18, Army had claimed that based on their own input about the hiding of unknown terrorists in Amshipora village, a cordon and search operation (CASO) was launched during which three unidentified hardcore terrorists had been neutralised.

According to the documents, the police has also seized the service rifle of accused captain and sent it to Central Forensic Science Laboratory, Chandigarh, for examination.

While the two civilian accused, Tabish and Bilal, have been arrested and are lodged at special sub-jail Pulwama, the army officer is yet to be arrested due to procedures under Armed Forces Special Powers Act(AFSPA) and Army Act.

Under AFSPA, a prior sanction from the Centre is required to prosecute army and paramilitary officers deployed in Jammu and Kashmir.

Earlier, the Army had claimed that that “during the operation, powers vested under the AFSPA 1990 were exceeded”.

It had also said that “the Dos and Don’ts of Chief of Army Staff (COAS) as approved by the Hon’ble Supreme Court have been contravened” in the course of the operation.

Abrar Ahmed (16), Imtiyaz Ahmad (22), and Ibrar Ahmad (25), all residents of Rajouri district in Jammu province, had gone missing in Shopian in July this year.

After their families were unable to contact them for 22 days, they lodged a missing persons’ report with the police in Rajouri. On the basis of a photograph of those killed by the army at Amshipora in Shopian, they claimed that those killed were their children and not militants as claimed by the army.

The separate probes ordered by the army and the local police, as well as DNA tests, confirmed that the trio was indeed youths from Rajouri.

Later, their bodies were exhumed from a graveyard at Gantamulla, Baramulla, and were buried at their native places in Rajouri.