Motions to send the Bill to a select committee and amendments suggested by the opposition members were defeated. 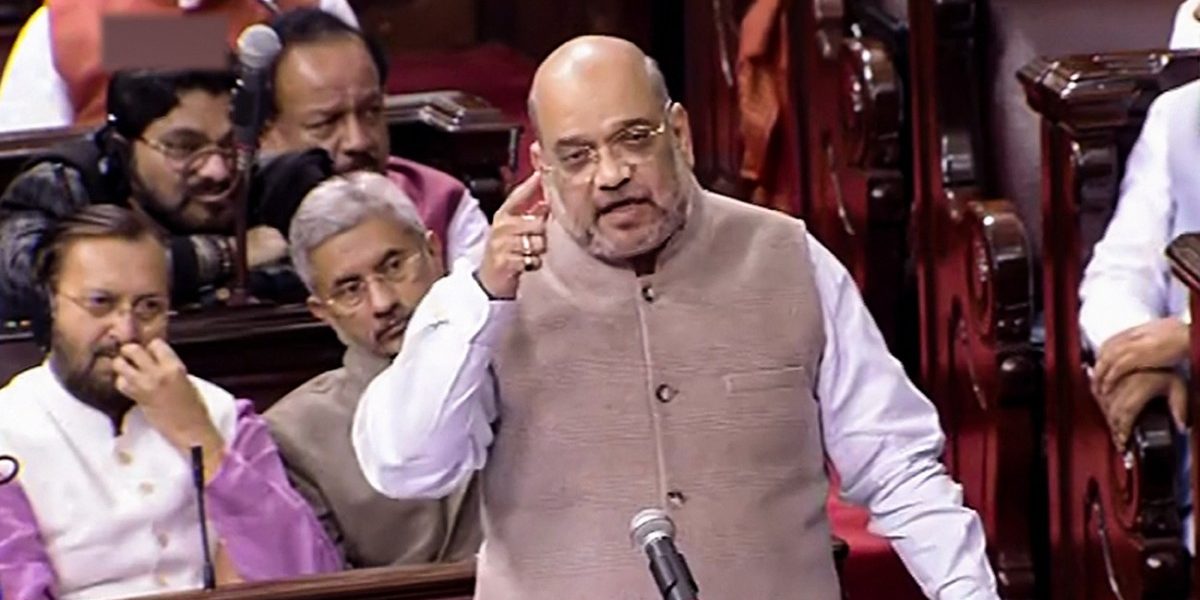 New Delhi: The Rajya Sabha on Wednesday passed the Citizenship (Amendment) Bill with a majority of 125 MPs voting in favour and 105 voting against it.

For the first time in India, now, the law makes religion a criterion for the granting of citizenship to migrants and refugees by excluding Muslims – regardless of whether they face persecution in their own countries – from its provisions.

Union home minister Amit Shah introduced the Bill in the upper house on Wednesday afternoon, two days after it was passed by the Lok Sabha. Discussion on the contentious Bill, which has sparked protests across the Northeast, stretched over six hours.

The upper house defeated motions to send the Bill to a Rajya Sabha select committee. All amendments suggested by opposition members were also defeated.

The Bill grants easy Indian citizenship rights to non-Muslim communities from Pakistan, Bangladesh and Afghanistan – Hindus, Parsis, Christians, Buddhists, Jains and Sikhs. It has been criticised as being blatantly anti-Muslim, and as going against Article 14 of the constitution which promises the right to equality to all persons in India. The Lok Sabha, though, passed the Bill with a large majority.

What the home minister said

Tabling the Bill in the Rajya Sabha on Wednesday afternoon, Shah said that minorities in the neighbouring countries mentioned were not being looked after. In Pakistan and Afghanistan, he declared, minority populations have been on the decline.

“Minorities in India need not worry,” Shah said. “The government is committed to constitutional principles. …People in Assam too need not worry [there have been widespread protests in the state against the Bill]. We are committed to upholding the Assam Accord. No Northeastern state needs to worry.”

Anand Sharma of the Congress was the first to speak in opposition. “In the past, whenever people faced persecution, which happened in Sri Lanka, when genocide happened in Uganda, when Pondicherry, Goa were liberated, all these people were granted Indian citizenship. But religion was never made ground for giving citizenship as it violates our foundations,” he said.

“Let’s also talk about the National Register of Citizens in Assam and your idea for a pan-India NRC,” Sharma continued, directing his remarks at Shah. “I recently watched a documentary on detention centres. How can you keep people in these conditions? With children separated from their mothers?”

Derek O’Brien of the Trinamool Congress spoke next, condemning the Bill as “unconstitutional”. There are “eery similarities”, the leader from West Bengal said, between the Citizenship (Amendment) Bill and two laws that were passed in Nazi Germany.

“The prime minister and home minister are using words like ‘vermin’, ‘termites’ to describe immigrants. They talk about rights, and how ‘ghuspetiya’ are taking away their rights, but two crore people within the country have lost their jobs. You can provide for the people already here, how will you provide for the others?” O’Brien said. 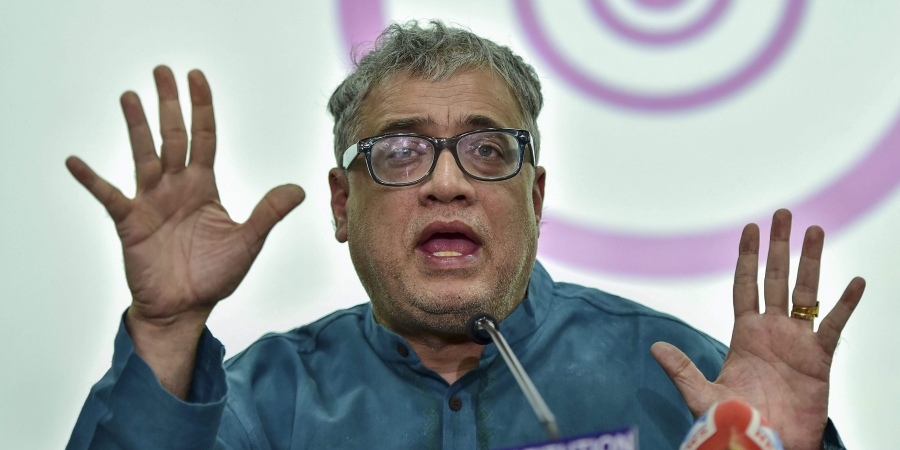 AIADMK leader S.R. Balasubramaniam took up the matter of Tamil refugees from Sri Lanka, saying that his party was concerned about them. His party had voted in favour of the Bill in the Lok Sabha. He also urged the prime minister to “include Muslims” in the Bill. Vijila Satyananth of the AIADMK later reiterated this point.

Javed Ali Khan of the Samajwadi Party said that since the home minister was accepting that states based on religion discriminate against minorities, he should ensure that doesn’t happen in India – whether though Khalistan or a Hindu rashtra. He also questioned Shah saying that Indian Muslims need not worry about the Bill. “Why? Are Muslims not citizens, are they secondary citizens, if Preamble, Articles of the Constitution being violated, will it not concern Muslims?”

Ram Chandra Prasad Singh of JD(U) supported the Bill, and said it does not violate the constitution.

Telangana Rashtra Samithi’s K. Keshava Rao said the government has a mandate, but it cannot use it to go against the constitution. The Bill “alienates” Muslim, he said, and there is no need to “divide migrants”.

T.K. Rangarajan of the Communist Party of India (Marxist) said his party would fight the Bill “tooth and nail”. “It is false to say that Muslims can’t be persecuted in Pakistan and Afghanistan,” he said.

“It seems like my constitution is different from you,” DMK leader Tiruchi Siva said to Amit Shah. “This Bill won’t stand the scrutiny of the Supreme Court.”

“Where will Muslims go? Will they be kept in detention centres or will they now go to Pakistan or Bangladesh saying that they are facing religious persecution in India? Many Muslims stayed in India, despite Jinnah’s invitation, shouldn’t we honour their patriotism?” Siva asked.

Congress leader P. Chidambaram, who is back in the House now after being released from prison last week, said parliament is being asked to do something unconstitutional. “This will not stop here, it will eventually go to judges. Respectable people, but unelected – so unelected lawyers and judges will decide, and this will be slap on our face.”

Congress leader Kapil Sibal asked the government how it will differentiate between ‘illegal immigrants’ from those who claim to have been persecuted religiously. “In the case of those Hindus who have been excluded from the NRC, they have submitted legacy data saying they are residents of India. But you want to tell them, ‘no you are from Bangladesh’ and then grant them citizenship?” he asked.

MDMK leader Vaiko criticised the Bill’s exclusion of Muslims from its purview. He said because the Bill excluded Rohingya refugees from Myanmar, Tamil refugees in Sri Lanka and Mulsim sects such as Shias and Ahmadiyas, it is an “attack on secularism and democracy”. Reading out a statement issued by scientists opposing the Bill, he concluded, “This Bill should be dumped in the Bay of Bengal.”

AAP member Sanjay Singh, opposing the Bill, said that while the government claims the Bill is necessary to protect Hindu minorities in Pakistan, Afghanistan and Bangladesh, the Centre has disregarded the rights of Hindus within India. “Lakhs of Hindus from Bihar and Uttar Pradesh have been excluded in the NRC,” he said. He also asked the government what it intends to with those identified as ghuspetiya (infiltrators). “Prime Minister Modi told Bangladesh PM Sheikh Hasina that NRC is an internal matter. Where will you house those excluded from NRC?” he asked.

Law minister Ravishankar Prasad said that the Bill has been vetted by the law department and that it has been found constitutional. “Some members are wondering, what the court will say about this law. The two houses of parliament have complete autonomy. After it is passed, if somebody chooses to appeal, it is their right.”

Home minister Amit Shah, replying to the debate, said that India has upheld its commitment to protect its minorities, in line with the Nehru-Liaquat pact. “Muslims have become election commissioners, chief justice, presidents and vice-presidents. Minorities in India are safe,” he said. He accused Pakistan of not upholding its commitment, saying the population of minorities has reduced over the years.

This bill is to address the issues of religious minorities in Islamic states sharing border with India. There can be different laws for addressing different issues : Shah @AmitShah #RajyaSabha #CitizenshipAmendmentBill2019

Shah also said that the Bill deals with giving citizenship to persecuted religious communities from Afghanistan, Pakistan and Bangladesh. “This Bill does not have anything to do with taking away the citizenship of Indians. So why is the opposition talking about Indian Muslims? Their citizenship is safe,” he said.