The town receives 30 minutes of water supply once every two days. 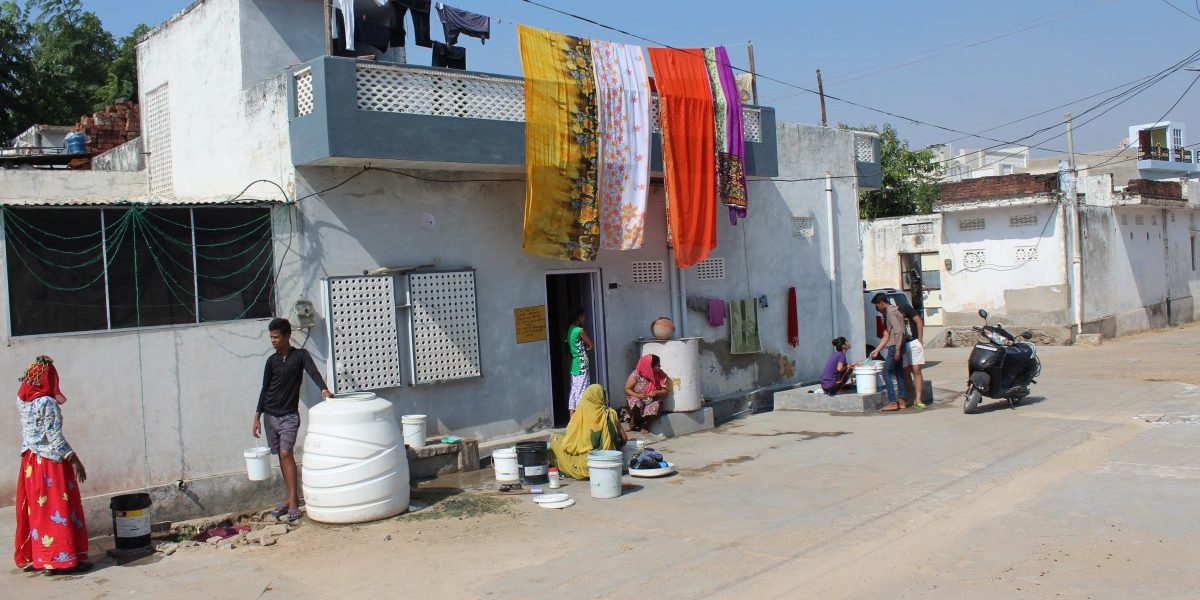 Residents of Sanjay colony filling water during the limited supply of 30 minutes once in two days.

This is the second article in a two-part series on the Swachh Bharat Mission in Rajasthan. You can read the first article here.

Phulera, Rajasthan: Phulera, a tehsil which has been ruled by the Bharatiya Janata Party for three terms now, became the first municipality in Jaipur district to be declared ‘open defecation free’ last year. The constituency also became a junction in the mega infrastructure project, the Delhi Mumbai Industrial Corridor, thereby qualifying to be considered as a ‘smart city’.

Despite this, anti-incumbency has gripped the region to such an extent that the councillors and the MLA are avoiding stepping out to campaign for the upcoming state assembly election. The prime reason for this is the acute water crisis in the region, which that has escalated quickly in the last five years.

Close to Sambhar lake, the ground water in Phulera is affected by the salinity of the lake, rendering it unfit for drinking. This has meant that the Bilaspur dam is the only source of water supply in the city.

“Phulera is now totally dependent on water supply from Bisalpur dam, but its water level also went down this year due to low rainfall. The condition is such that the town receives just 30 minutes of water supply once in two days, which is obviously not adequate for drinking,” said a public health engineering department (PHED) official.

In the absence of a steady water supply, residents are compelled to purchase water from tankers, which costs them about Rs 1,000 per month. A dry well in a Phulera’s Barh ki Dhani area.

Vimal Kumar, a resident of Sanjay colony area in Phulera, told The Wire, “A single tanker hardly works for a week if your family is small, which means one needs three to four tankers in a month at the cost of Rs 350 per tank. In summer, the rate reaches up to Rs 500.”

Recently, PHED Phulera issued a notice to suspend over 1,000 water connections in the city as bills were due. It also pulled up the municipality for not paying them Rs 15 lakh for the public taps.

“Eleven water connections have been suspended so far in Shri Ram Nagar and Gordhanpura areas in Phulera, others are in process,” Sumit Thakaria, junior engineer at PHED, Phulera told The Wire.

The irregularities are burgeoning due to the fact that people don’t rely on the public water system anymore and aren’t ready to pay for it.

“Our locality gets the supply for a mere 15 minutes, we have no option but to opt for a private water supply. When we purchase a water tanker, we make sure that it sustains us for at least five days. And to do so, we cut on our water usage in the latrines,” said Lakshmi Bhati, another resident in the area.

“If five to six people would go to the washroom every morning, it would require at least five buckets of water, but there isn’t such water supply in the house. At times, we even go to bath in someone else’s house if they have surplus water,” she added.

To meet the ODF targets before the deadline, the Phulera municipality hired a contractor to construct household toilets, even for those who had applied under the Swachh Bharat Mission. The toilets constructed therefore don’t follow the guidelines mandated by the programme.

As per the guidelines, ODF verification has to follow a checklist – access to toilet facility (anywhere – own, community or public toilet), defecation in the open, fly-proofing (toilet has a water seal or cover of some kind), safe sewage disposal, hand washing before meals, hand washing with soap after defecation and availability of soap and water in or near the toilet.

Also read: How Does a District Keep Its ‘Manual Scavenging Free’ Status?

The toilet for Bubli, a resident of the Harijan Basti in Phuera, was constructed by a contractor deployed by the municipality. While this toilet contributed to making Phulera the first ODF municipality in Jaipur, it lacks a water connection.

“It’s good that we got the toilets, but neither does it have a water connection, nor do we receive a regular supply of water. Like others here in Phulera, we don’t have any storage tank to store water. We just have two big containers that we use for storing drinking water, and use the toilet only when we have water at home.” 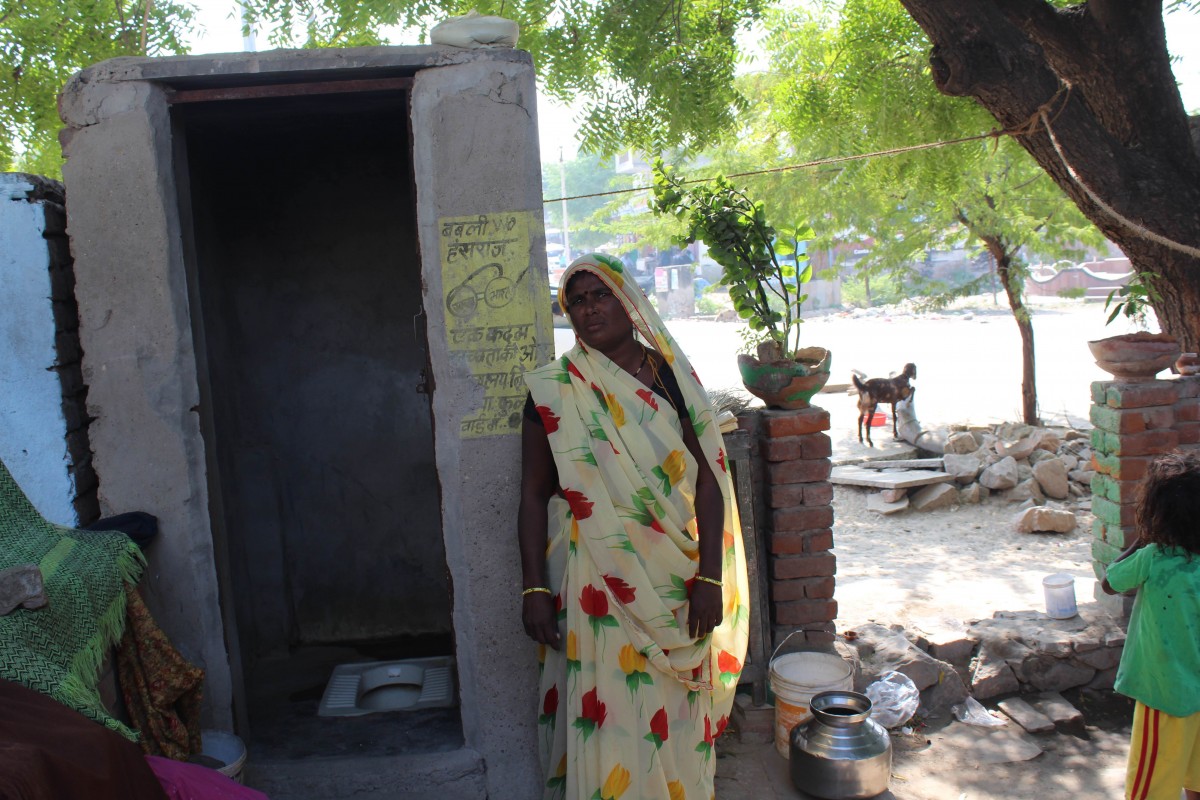 Bubli outside her toilet constructed by the contractor.

Kanahiyalal, who works as a sanitation worker, told The Wire that the toilet pits constructed by the contractor are just five feet deep, which means they has to be emptied in every 15 days.

“The toilet pits they constructed are so small that it overflows in just 15 days and they aren’t even properly plastered, paving the way for flies to breed.”

When asked how they clean the pits, he said, “We clean it manually, who will come to do it for us?”

Phulera municipality accepted that they had hired a contractor to build household toilets around the city. “We hired a company for constructing approximately 300 toilets for those people who couldn’t afford building them. The progress report was submitted to the municipality and no anomalies were found in the toilets so constructed,” an official looking after the Swachh Bharat Mission at the municipality told The Wire.

Just like other districts, the beneficiaries here too find the financial aid insufficient to construct a toilet complying with the SBM guidelines. Geeta Devi, who had no additional amount to put into the construction, couldn’t manage a roof, doors or a water connection in her toilet.

“With the available amount, one could erect only the basic structure of a toilet – water closet, toilet pit and walls; connecting it with the water supply is an expensive affair. We use a tin shade instead of a roof and a plastic sheet as a door.” 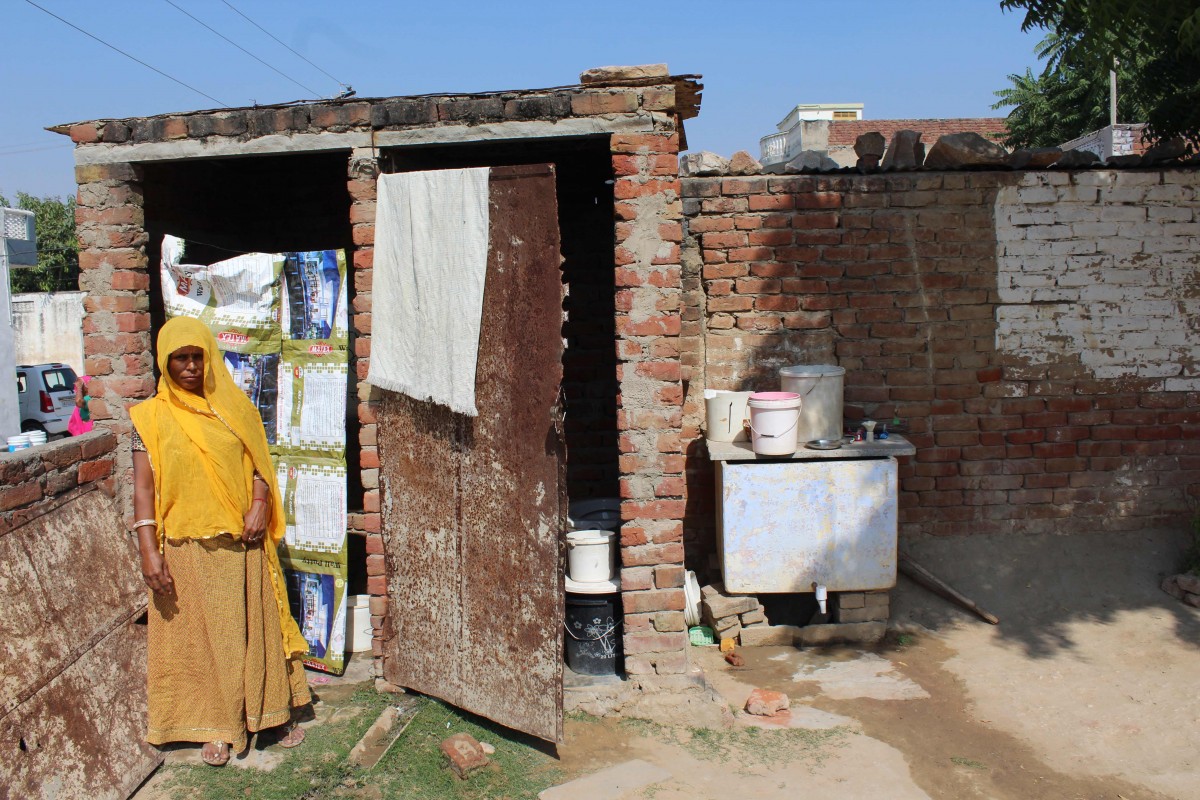 Geeta Devi outside her partially-completed toilet constructed under the Swachh Bharat Mission.

There is visible unrest among the Swachh Bharat Mission beneficiaries in Phulera for not having received the complete aid guaranteed under the programme after the construction of toilets.

Kanta, a resident of Raigar basti in Phulera who hasn’t receive the aid for constructing a toilet, said, “How come the municipality is declared ODF without paying the financial assistance  to the beneficiaries? This should have been taken into account by the authorities before certifying any area.”

All images by Shruti Jain.