COVID-19 alone is not responsible for wrecking the livelihood of camel owners in the state.

Rakesh Dewasi with his camels.

Jaipur: “Either leave these camels or leave us,” Bhooralal’s family has been telling him for some time now.

Bhooralal, a resident of Sadri municipality in Rajasthan’s Pali district, owns about 50 camels. From the Rebari caste, he has seen and subsequently adopted the traditional livelihood of rearing camels, in the absence of any alternative income.

However, the camels that supported him financially for all these years have now become a liability. Other than using their milk for making tea at home these days, they are rendered useless for Bhooralal.

“Forget earning through them, I’m forced to pay from my own pocket to feed them,” he says. 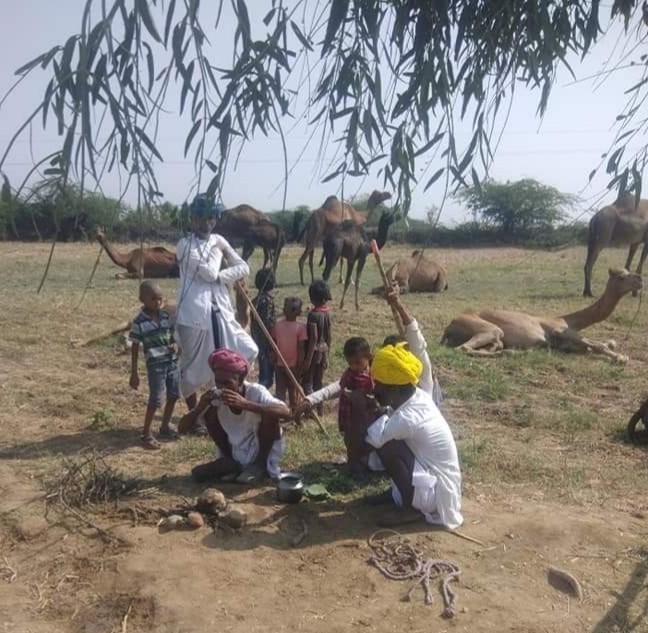 Bhooralal explains that rearing camels is an expensive affair. “A camel is a huge animal. Milking and herding them requires at least three people, who obviously doesn’t work for free,” he says.

Cattle owners primarily belong to nomadic tribes seen as “lower castes” under the rigid Indian caste system. Bhooralal says that if his camels mistakenly enter someone’s field in the village, the matter escalates into caste violence.

“We are extremely careful while herding a group of camels, but even if one of them gets away without our notice and causes any damage to other people’s crops, days and weeks go into resolving the matter,” he adds.

However, due to the COVID-19 pandemic, no cattle fairs were organised this year. But COVID-19 alone is not responsible for wrecking the livelihood of camel owners in the state. Their incomes were already facing a massive dip because of a legislature brought by the Vasundhara Raje-led Bharatiya Janata Party government in 2015, a year after declaring the camel to be the ‘state animal’.

The law, Rajasthan Camel (Prohibition of Slaughter and Regulation of Temporary Migration or Export) Act, 2015 which was meant to address the dwindling number of camels in the state, prohibited slaughter, unauthorised transportation and trade of camels.

As a result, the sale of camels drastically declined, discouraging owners from continuing to rear camels.

To support camel owners, the government initiated a scheme in 2016 to provide monetary support of Rs 10,000 to camel herders for every newborn calf, in three instalments over the course of 18 months. However, several herders whom The Wire spoke to said they have barely received Rs 2,000.

Apart from earning by selling the young calves, the owners also deal in camel milk. However, this service too has been hit due to the COVID-19 pandemic. 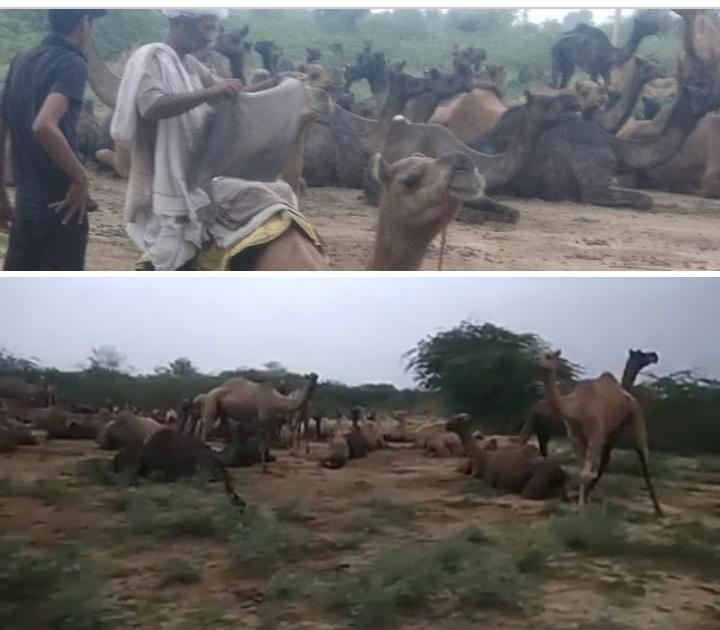 Since there is no proper dairy system for camel milk in Rajasthan, the owners used to transport the milk to Jodhpur from where it would be further exported or transported to rest of the states in the country.

“Every day, the collected milk is sent to Jodhpur in pick-up vans for further dispatch. Camel milk is believed to be beneficial for curbing certain diseases, which is why it remains in demand,” said Rakesh Dewasi, a camel owner from Khundawas village in Pali district.

The owners say that the demand for camel milk has also reduced this year. “I used to sell 20 litres of milk earlier but now it is difficult to sell even five litres,” said Bhooralal.

The camel owners also say that successive governments, from the Congress and the Bhartiya Janta Party, leave no opportunity to contribute funds for cows, but never consider the same for camels.

“What is our fault if camels cannot be politicised like cows?” says Bhooralal. “The government has made the camel the state animal and penalised trading, but there has been absolutely no provision to support camel rearers,” he adds.

Hanwant Singh of the Lokhit Pashu Palak Sansthan, an organisation working in the interests of camel owners in Rajasthan, has been raising his voice against the camel Act.

“In a meeting held this month, we have reiterated our demand to amend the Act,” Singh told The Wire. “It primarily includes opening up of camel export, inclusion of camel milk in the mid-day milk scheme, opening the national forests and other forest areas for grazing of camels and gives the responsibilities of the district magistrate enshrined in the Act to sub-divisional officers.”

Speaking to The Wire, director of the animal husbandry department in Rajasthan Virendra Meena said, “We have already proposed to amend the camel Act and it is put before the designated committee.”

On discontinuing the scheme under which camel owners were given Rs 10,000 on the birth of every calf, Meena said, “It had a significant share of Central government funding and it was first discontinued by them, following which even we had to withdraw.”

He also added that since no cattle fair could be organised this year, the department is looking to arrange a meeting with the concerned stakeholders to plan the future course of action.