How Successful Has the Railways Been in Implementing Its 100-Day-Action-Plan?

Two of the big-ticket plans – privatisation of passenger service trains and corporatisation of production units – are yet to take off. 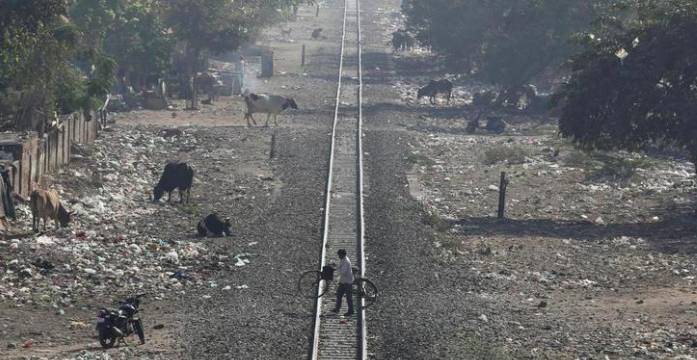 Most plans are still in the offing and have not materialised. A few have seen stiff opposition from railway unions. Representative Photo: Reuters/Amit Dave

New Delhi: The Indian Railways’ plan to get key projects moving quickly in the first hundred days of the new Narendra Modi government has struggled to make headway, even though officials at the national transporter recently claimed that it was a success.

The ‘100-day-action-plan’, parts of which were made public in June, included eleven major proposals.

To begin with, two of the big-ticket plans – privatisation of passenger service trains and corporatisation of production units – are yet to take off. Indeed, both projects have sparked opposition amongst railway unions.

While initial steps were taken by giving the job of running the Tejas Express on two routes to IRCTC, the railways PSU is still in the process of launching the service on the Delhi-Lucknow route. Work on the other route, between Mumbai and Ahmedabad, is yet to begin. Senior government officials say the broader privatisation policy, which includes maintenance of the train, still hasn’t been finalised.

With regards to corporatisation of production units, not even a blueprint has been chalked out, say sources. The 100-day-plan was supposed to result in a detailed study on how seven production units – which include the Integral Coach Factory at Chennai and the Chittaranjan Locomotive Works in West Bengal – could be corporatised.

But not much has happened on this front after this, as even the consultant who has been appointed for this purpose is confused about how the government wants to move forward. Official talks with trade unions, who severely criticised the move, have also been inconclusive.

Last week, Railway Board Chairman V.K. Yadav offered these bland words on the progress made so far: “Though no decision has been taken yet, we are talking to all stakeholders. We are preparing ourselves and also preparing the report on how to maximise the income of the Railways,” he said.

The most interesting claim, however, had been regarding the Vande Bharat Express. The Indian Railways said that the train would soon start its operation between Delhi and Katra and indicated that a strong manufacturing future was in the offing.

However, the fact of the matter is that the manufacturing of Vande Bharat, the first trainset produced indigenously at Integral Coach Factory, effectively stopped during the 100-day period. The train to be launched for Katra, the base for the shrine of Vaishnodevi, was ready in July 2019, but has now been delayed in the aftermath of the reading down of Article 370 and the subsequent blockade in the region. 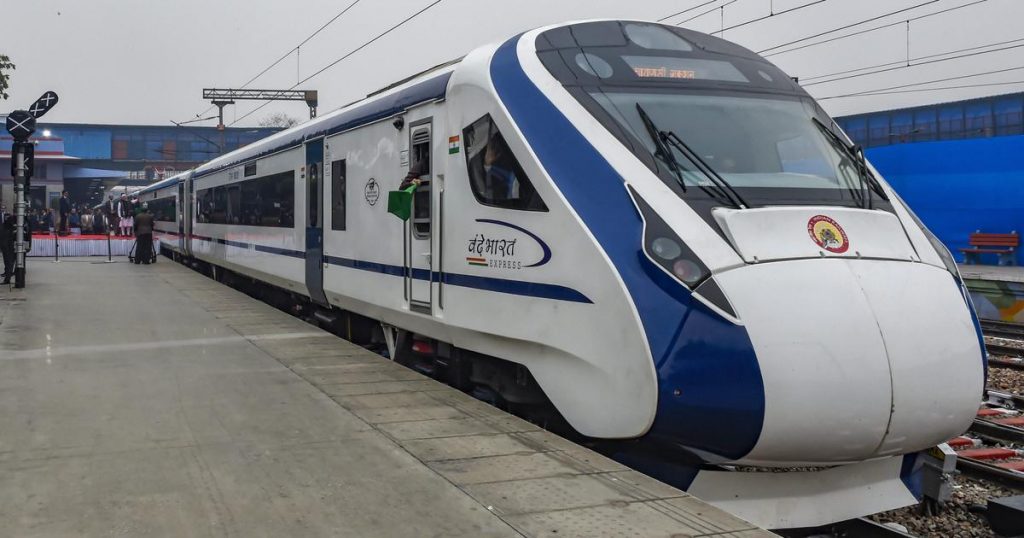 Since then, the Vande Bharat Express has become a casualty of the turf war between mechanical and electrical departments of the Railways, and currently, the Railway Board is struggling to float a new tender that will invite bidders and perhaps even facilitate the entry of foreign players, including the Chinese. According to insiders, the Vande Bharat train was a low hanging fruit within the system of which the Railways could have easily introduced at least four to five trains by now. But, that opportunity too has been lost to departmental wrangling.

The next item on the 100-day-agenda was the redevelopment of 50 railway stations. This plan is not new and has been a pipe-dream for the last three decades. It has also been a stated goal of the Bharatiya Janata Party-led Centre over the last few years. Currently redevelopment work at four stations – Gandhinagar, Habibganj, Charbagh and Gomtinagar – is underway, although some problems have come up over the last month over overshooting costs.

Also read: Railways Hopes to Get Passengers to Pay up to 71% More for Train Tickets

Areas that the Narendra Modi government has highlighted as successful with regards to the 100-day-action plan largely include work that has been ongoing over the last few years. This includes: electrification, bio-toilets, gauge conversation, elimination of level crossings and increased coach production.

Other achievements include a plan to increase the speed of trains running on the Delhi-Howrah and Delhi-Mumbai routes to 160 kilometre per hour by 2023. These proposals were approved by the government last month.

The national transporter has also claimed that initiatives to improve the quality of food and safe drinking water at railway stations has seen a certain level of success.

Railway officials maintain that the 100-day-action-plan has set up the foundation to take the state-run transporter forward in the coming years. But if there is only incremental progress in old and ongoing projects, it’s unclear whether a strong foundation has been laid.