Railway Tracks Continue to be Hazardous Zones for India’s Cattle 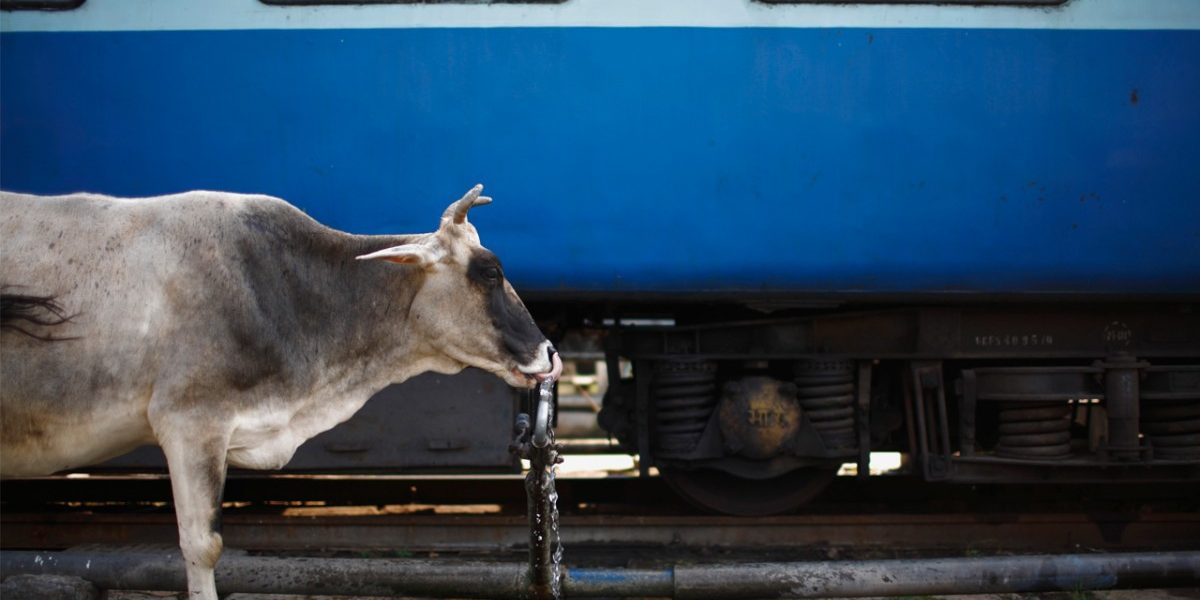 New Delhi: More cows, buffaloes and bulls are dying than ever after accidentally wandering onto rail tracks and coming under speeding trains, according to internal Indian Railways data.

Informed sources tell The Wire that the situation has gotten so bad that about 70 to 80 cattle are being hit every day by running trains across the country.

In the fiscal year ending March 2019, it went up to nearly 30,000, a record jump, becoming a cause of deep concern for railway authorities.

While the number of general train accidents has been declining over the last few years, the significant jump in CRO cases has become a cause of worry for safe train operations.

Also read: Grazed and Not Confused: Why Not All Livestock Rearing Practices Are Ecologically Unsound

While not every CRO case results in derailment, it affects train operations for a few hours as the track needs to be cleared of the cattle carcass before allowing further movement, a senior railway official with knowledge of the situation told The Wire.

The increase in cow deaths has been chalked up to two major reasons. Firstly, especially in north India, there is an inadequate number of gaushalas for old or abandoned cows. Secondly, because of stricter cattle trading and slaughter laws, there are more old cows roaming around than ever before.

Earlier this year, the newly-launched Vande Bharat Express, also known as Train 18, hit stray cattle and was damaged. The train’s aerodynamic nose, which is made of steel with a fibre cover on it, had to be replaced.

“Cows are roaming in the open because there is no buyer and the promised gaushalas [cow shelters] are not operational. They are also destroying crops. Farmers chase them out of their fields. Railway lines are near fields, and the cattle go to open areas near the railway lines; some, unfortunately, come under a train,” Vinay Kumar, the Uttar Pradesh vice-president of the Bharatiya Kisan Union, told The Hindustan Times in April 2019.

According to sources, Indian Railways security personnel and station staff try to sensitise villagers and rural dwellers about the danger of CRO cases and also initiate steps to keep the bovine creatures off the tracks, but this has not helped.

One possible solution is to reduce the amount of rail tracks that are unfenced and run through open fields. The national transporter’s reinforced cement concrete plan – which fences railway tracks – has so far mainly been placed in areas that run through residential and semi-residential zones.