After Fresh Allegations on Rafale Deal, What Next for India's Defence Procurements?

The future of defence procurements will be certainly marred by the infamous Rafale deal, particularly the fate of 114 fighter jets for which request for proposal was already floated a few years back.

Two issues struck me when I read a three-part investigative series put out by a French news website, particularly the last part, which allegedly exposes the role of an agent in the Rafale deal.

The first is the question of what should be done now. The Defence Procurement Procedure (DPP) 2013, under which the deal was concluded, mandates that “all actions regarding procurement of any equipment are totally transparent and carried out as per established procedures” and makes it incumbent for the supplier “to accept our standard clauses regarding agents/agency commission, penalty for use of undue influence and Integrity Pact, access to books of accounts, arbitration and laws which would be incorporated in the contract.”

However, this wasn’t the case in the Rafale deal as per widespread revelations. This was expressly precluded by the last-minute removal of the anti-corruption prescriptions in the DPP 2013.

The second issue that arises is the long shadow that this present deal will likely cast on future defence procurement. The acquisition of 114 Medium Multi-role Combat Aircraft (MMRCAs) –  for which the Request for Proposal (RFP) was floated a few years ago by the Indian Air Force (IAF) – is presently on the anvil.

When it comes to the question of what action should be taken in light of the Mediapart revelations, the answer is not very clear. If agents are found to have been indeed engaged by Dassault to clinch the deal after proper investigations (the company staunchly denies all allegations), what punitive action can be taken by the Indian government in the wake of the deletion of the anti-corruption clauses?

Can the Centre outright invoke the provisions of para 23.1 of the DPP, 2013? This para states that:

“The SELLER will also be debarred from entering into any supply Contract with the Government of India for a minimum period of five years. The BUYER will also have a right to consider cancellation of the Contract either wholly or in part, without any entitlement or compensation to the SELLER who shall in such event be liable to refund all payments made by the BUYER in terms of the Contract along with interest at the rate of 2% per annum above LIBOR rate for foreign vendors and Base Rate of SBI for Indian vendors. The BUYER will also have the right to recover any such amount from any contracts concluded earlier with the Government of India.”

Or, can the Centre seek access to the book of accounts of Dassault as per para 35 of DPP, 2013 by leveraging the ‘letter of comfort’ provided by the French government? This is rather unlikely, especially when the anti-corruption clauses have been expunged from the ambit of the supply protocols signed by India with Dassault and MBDA.

That being so, neither can any action be taken against any of the four principal French companies involved in the Rafale deal (Dassault Aviation for design and manufacture; Thales for electronic equipment; Safran for jet engines; and MBDA for missile weaponry) nor can they be debarred from future acquisition projects. 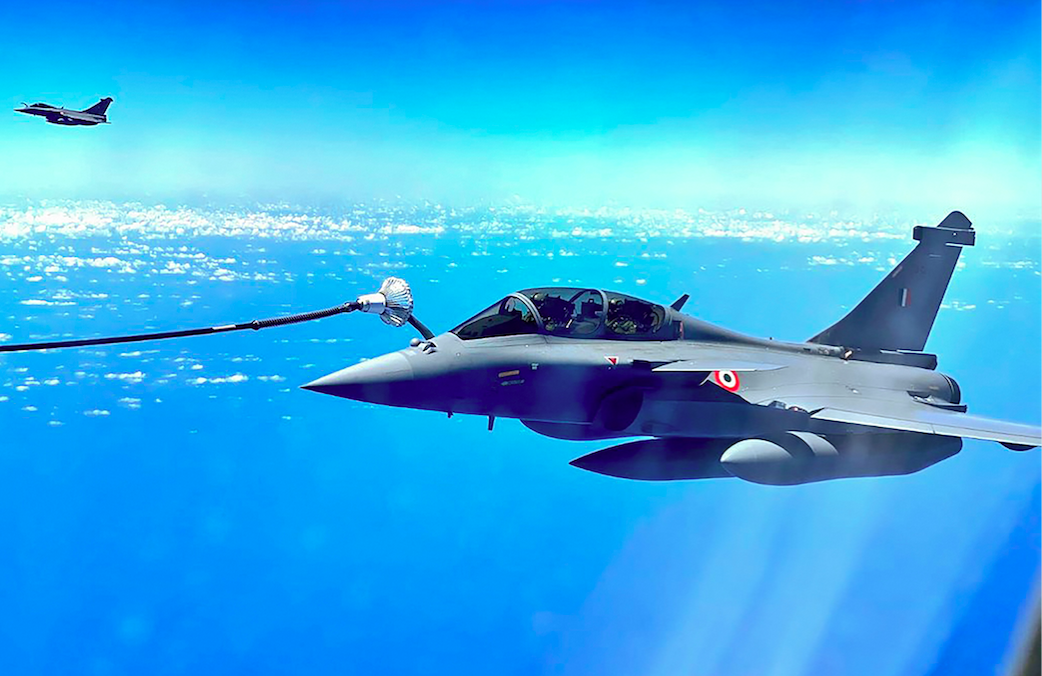 This complicates an already uneven playing field because beyond the 36 Rafale aircraft, it will inevitably raise many gnawing questions for future buys.  As I noted in February 2019:

“For one, will this Rafale deal not impact on future benchmark price determination of fighter jets among different vendors that includes Dassault Aviation? Will Dassault not willy-nilly get a head start over other vendors in overall assessment/evaluation of future fighter aircraft RFP(s)? How contractually ‘correct’ and moral will that be? Will it not endow on Dassault an advantage vis-à-vis other competing firms, especially on India specific enhancements (ISE) (or by any other technical specifications these are spelt out in the Request for Proposal (RFP)) that lately have been much in the news and are said to be the vital elements in pushing up the cost of the Rafale deal beyond the cost of bare-bone aircraft?”

The issue here relates to the 13 India Specific Enhancements, which senior journalist N. Ram flagged in his January 2019 story in The Hindu:

“It was the National Democratic Alliance government’s acceptance of the cost of €1.3 billion claimed for the ‘design and development’ of 13 India Specific Enhancements (ISE), and the distribution of this ‘non-recurring cost’ over 36 instead of 126 bare-bones aircraft, that was the major reason for the big increase in price.

Dassault claimed a €1.4 billion cost for the ‘design and development’ of 13 India Specific Enhancements, that is, additional capabilities in the form of hardware as well as software that had been specified by the Indian Air Force all along, and this cost was negotiated down to €1.3 billion. What it meant was that the design and development cost, now distributed over 36 Rafale fighter jets, shot up from €11.11 million per aircraft in 2007 to €36.11 million when the deal was struck in 2016. [Emphasis supplied]”

If one were to say that the amount paid towards “design and development” is indeed the fixed cost for development of the India Specific Enhancements (ISEs), it logically would mean one thing: that the amortisation cost absorbed in the 36 fly-away aircraft (which, as per the NDA government’s decision, ought to have been spread across the 126 MMRCAs), and which, with the number shrunk to 36 pushed up the procurement cost per MMRCA in the 2016 deal, would be offset by no additional outgo from India’s public fund to Dassault for the fresh lot of 114 MMRCAs with the ISEs.

But that, paradoxically, would also have meant that the earlier procurement, in a way, sowed the seeds for Dassault to bag future MMRCA contract(s) – a kind of subinfeudation in the international arms bazaar – by giving the company an unfair and uneven advantage, in an uneven and unlevelled field, and with no matching competitors to generate competition and economise spending and set the ball in motion for eventual price discovery and benchmarking.

Questions for the French

That, in short, was bad enough. But the Mediapart allegations seem to have upset Dassault’s, even India’s, apple cart by adding another dimension — the need to investigate the company’s alleged payment to the agent who just two years ago was arrested in India for his involvement in the VVIP chopper scam.

The logical question is this: what if Dassault is implicated in the case for illegally engaging an agent and practicing unholy business practices proscribed by the DPP 2013? Can the government of India, despite waiving the anti-corruption clause from the body of the Rafale contract, implicate the company and refuse to entertain their RFI?

And, on the contrary, if they do go ahead, how will that action go down in the global defence market? Either way, it seems we are in a bind. But one thing seems fairly clear: the future MMRCA purchase will be at a far higher price mark, and India’s long and vaunted history of murky defence deal shall stand more sullied than before. Like one lie forcing another lie and yet another leading to serial lies, one serious departure from the prescribed integrity pact will not only spawn many more of its kind but will make India pay dearly in terms of loss of face and in more haemorrhaging of taxpayer money.