For the forthcoming monsoon session of parliament, a decision has been taken not to have the Question Hour or take up private members’ Bills.

New Delhi: The decision taken by the Lok Sabha and Rajya Sabha not to have Question Hour during the upcoming monsoon session of parliament from September 14 has been questioned by constitutional experts who believe it was the one hour in which ministers are duty-bound to reply to every query posed by the members. However, they acknowledged that too many disruptions during this hour in the past has taken away some teeth from the argument that dispensing with it endangers the democracy.

Recently, notifications were issued by the Lok Sabha and Rajya Sabha secretariats to announce that there will be no Question Hour and that private members’ Bills will not be taken up in the upcoming session, which would run up to October 1.

The Lok Sabha secretariat said Question Hour was being dispensed with to prevent crowding. A statement issued by it said:

“It was decided to do away temporarily with Question Hour due to extraordinary situation caused by Covid and to avoid assembling of large number officials to be present in galleries of the House during the Question Hour in view of the need for social distancing.”

It was also stated that in view of the prevailing extraordinary situation arising due to COVID-19, there will be no breaks during the session and both the houses would function on Saturdays and Sundays too. The sessions will be held in two shifts – from 9 am to 1 pm and then 3 pm to 7 pm.

‘Minister duty-bound to reply to queries during Question Hour’

The decision to do away with the Question Hour has agitated constitutional experts. Former Lok Sabha secretary general P.D.T. Achary said: “Question Hour is when direct democracy is in operation. In ancient Greece, people used to directly involve themselves in the governance and they used to ask questions of the rulers. Here also, the representatives of the general public question the government.”

“And during the Question Hour,” he said, “a minister is required to give a direct reply to every question. This kind of thing makes it different from the rest of the items of business – all the motions, resolutions or any kind of discussion which takes place in the House. There, the members speak and the minister notes down the points, but he may choose to answer nothing. So he may go his own way – and he can – and the house may move on to the next item. But in the Question Hour, the minister has no such freedom, he has to directly reply to the question that has been asked.” 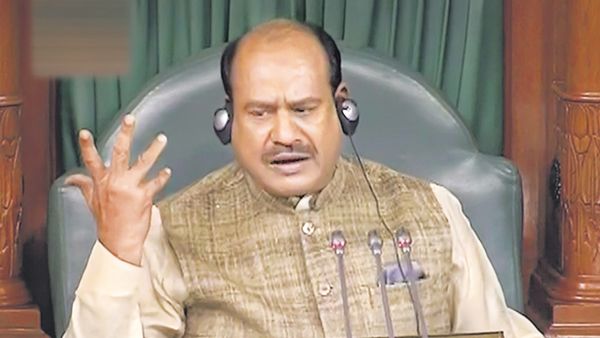 In fact, the opposition also criticised the Centre along the same lines. Trinamool Congress MP and floor leader in the Rajya Sabha Derek O’Brien said the move would deprive opposition MPs the right to question the government. He tweeted: “Pandemic an excuse to murder democracy.”

Earlier, Congress leader in the Lok Sabha Adhir Ranjan Chowdhury had written to speaker Om Birla to not curtail the Question Hour saying this would prevent lawmakers from raising issues of national importance.

Lok Sabha MP and AIMIM leader Asaduddin Owaisi too criticised the move, saying it was “against the constitution”.

Responding to the demand to retain Question Hour, parliamentary affairs minister Pralhad Joshi had told ANI earlier this week that opposition parties were raising questions and that he had “spoken to every party regarding this and except for TMC’s Derek O’Brien, everyone agreed (to scrap Question Hour)”.

The minister said he has made a suggestion to the speaker and chairman to keep the duration of the Zero Hour at 30 minutes. “They will make the final decision. The government is ready to have discussions on every issue. We have also requested the speaker to take unstarred questions,” he said.

The government said it also reached out to the opposition about dropping Question Hour from the schedule. It was said that defence minister Rajnath Singh reached out to leader of opposition in Rajya Sabha Ghulam Nabi Azad, Adhir Ranjan Chowdhury, O’Brien and Biju Janata Dal’s Pinaki Misra in this regard. 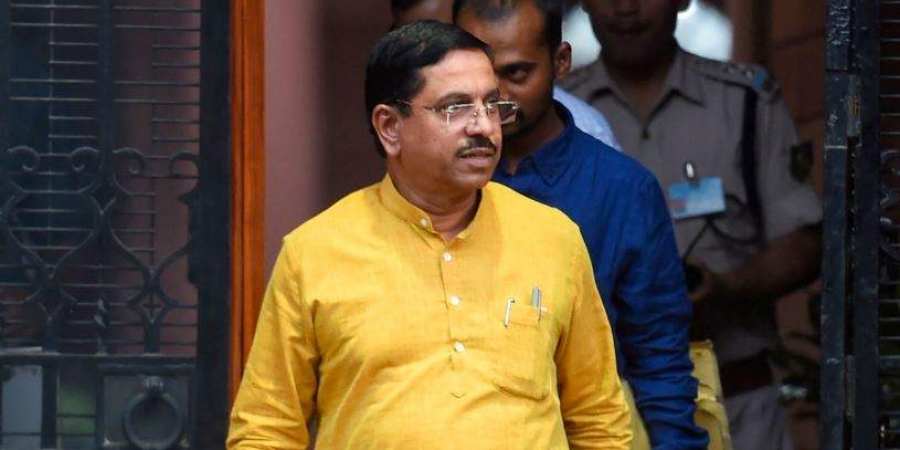 The importance of Question Hour has been spelt out by both the houses on their websites. The Lok Sabha website says:

It adds that “the Government is, as it were, put on its trial during the Question Hour and every Minister whose turn it is to answer questions has to stand up and answer for his or his administration’s acts of omission and commission.”

The Rajya Sabha’s site says Question Hour is an important part of the parliamentary proceedings, adding that it gives the institution of parliament the great significance it possesses. “This Hour has assumed greater importance because the members can elicit information through questions on matters affecting the day-to-day life of the citizens for which ministers are collectively and severally answerable to the legislature.”

It adds, “This parliamentary device, in fact, is primarily meant for exercising a kind of legislative control over executive actions. Besides, the Members also find an opportunity through this device to criticise government’s policies and programmes; ventilate public grievances; expose Government’s lapses; and extract promises from Ministers.”

Also, it says, “members also get the opportunity to give vent to their feelings when they are not satisfied with the answers by putting supplementaries. The Question Hour serves another purpose. The ministers are also made aware of the working of their departments at the ground level which otherwise could have gone unnoticed.” 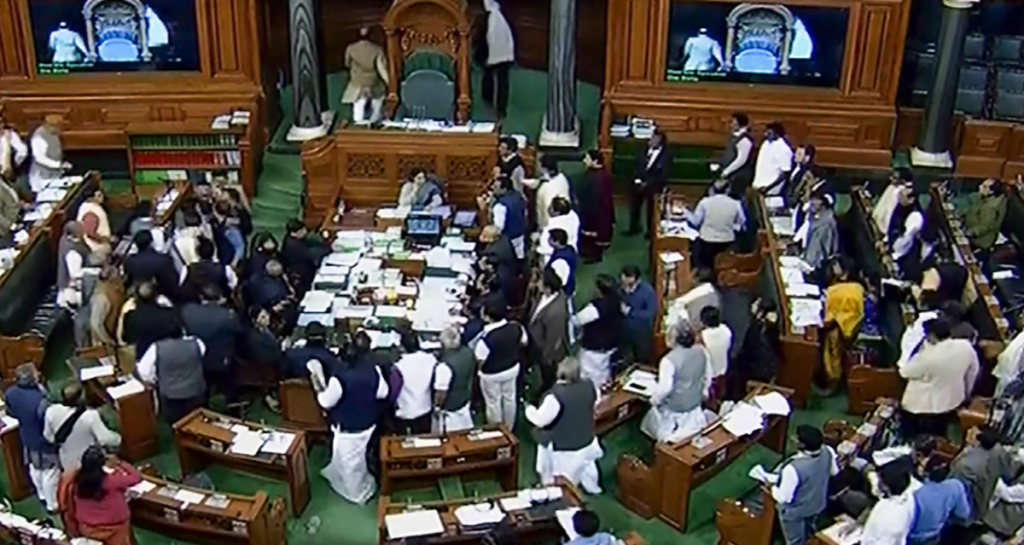 ‘In the past too Question Hour has been dispensed with’

Alluding to the importance of Question Hour, former Lok Sabha secretary general Subhash C. Kashyap said while the Question Hour is important, so is every procedural device. “But it is not that democracy is in danger because it has been kept aside for a 15-day session. Under special circumstances, and we are under them, it can be dispensed with – and it has been dispensed with on a number of times in the past. It is not unprecedented in the history of parliament,” he said.

“As for the legal aspect,” he said, “under the rules, the Centre can do away with the Question Hour. However, when it comes to the question of propriety, it is largely a matter of opinion and under the ambit of politics.”

Kashyap said, “While the opposition is well within its right to raise the issue of Question Hour being dispensed with, it should be remembered that no matter which party has been in the opposition, they have not allowed Question Hour to proceed and it has been disrupted to protest about various issues.”

In the past, the Question Hour was dispensed with only during wars and the Emergency. This is the first time that it has been done away with in ordinary times, albeit during a health crisis.

Question Hour was first dispensed with was due to India-China war during the winter session of 1962. Similarly, in the 1971 winter session, it was suspended due to the war with Pakistan.

During the Emergency, parliament functioned without the Question Hour for two sessions – monsoon session of 1975 and winter session of 1976.

Analysis of parliamentary data by PRS Legislative Research underlined that Question Hour was often falling victim to disruptions. It pointed out that since 2009, barring two, all the other sessions of Lok Sabha and Rajya Sabha were not able to utilise 90% of the time allotted for oral questions and answers all the sessions.

The analysis showed that Question Hour was often disrupted for entire sessions in both the houses over various issues. In the winter session of 2013, the BJP-led opposition caused disruption over its demand for a joint parliamentary committee (JPC) probe into the coal block allocation case; in the 2016 winter session, the Congress disrupted proceedings to protest against the demonetisation exercise; and in the 2018 budget session, the Congress-led Opposition used disruptions to protest against the Rafale deal.