Bharatiya Jana Sangh leader Nanaji Deshmukh and singer Bhupen Hazarika were also conferred the award, while 112 people have been selected for the Padma awards. 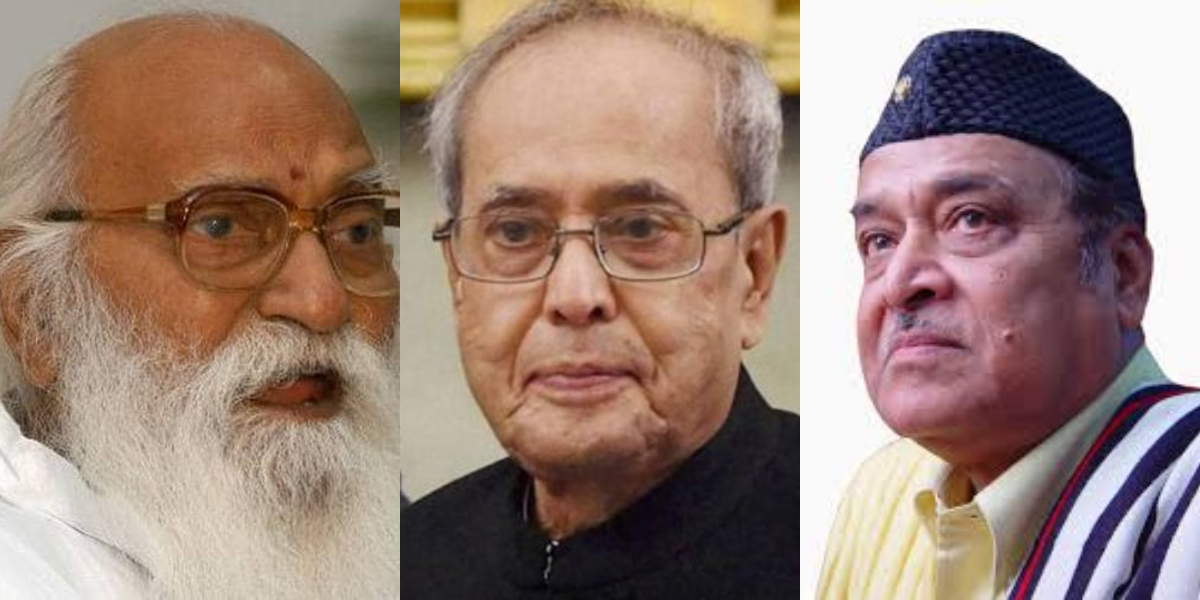 The Bharat Ratna will be conferred after a gap of four years. Former prime minister Atal Bihari Vajpayee and founder of Banaras Hindu University Madan Mohan Malviya were given the award by the Narendra Modi government in 2015.

A Rashtrapati Bhavan communique, on the eve of the 70th Republic Day, said the president was pleased to award Bharat Ratna to Nanaji Deshmukh (posthumously), Bhupen Hazarika (posthumously) and Pranab Mukherjee.

Mukherjee will be the sixth president to be receive this award. He was the president from 2012 to 2017.

The government also announced names of 112 persons, including one transgender person, who have been selected for Padma Vibhushan, Padma Bhushan and Padma Shri in the fields of art, social work, public affairs, science and engineering, trade and industry, medicine, literature and education, sports, civil service etc.

On the announcement of Mukherjee’s name for the Bharat Ratna, Prime Minister Narendra Modi said the former president is an outstanding statesman of present times who has served the nation selflessly and tirelessly for decades, leaving a strong imprint on the nation’s growth trajectory.

“His (Mukherjee) wisdom and intellect have few parallels. Delighted that he has been conferred the Bharat Ratna,” Modi tweeted.

Referring to Deshmukh, Modi said his stellar contribution towards rural development showed the way for a new paradigm of empowering those living in our villages.

“He (Deshmukh) personifies humility, compassion and service to the downtrodden. He is a Bharat Ratna in the truest sense!” he said in another tweet.

Praising Hazarika, Modi said his songs and music are admired by people across generations.

“From them radiates the message of justice, harmony and brotherhood,” he said.

“He (Hazarika) popularised India’s musical traditions globally. Happy that the Bharat Ratna has been conferred on Bhupen Da,” he added.

Mukherjee (83), who was also known as the quintessential Man Friday of the Congress, joins the elite club of former presidents Sarvepalli Radhakrishnan, Rajendra Prasad, Zakir Hussain and V.V. Giri, who were also awarded the nation’s highest civilian honour.

Expressing gratitude over the honour, Mukherjee said, “I have got more from the people of our great country than I have given to them.”

Also Read: Fact Check: Did Jawaharlal Nehru Award the Bharat Ratna to Himself?

“It is with a deep sense of humility and gratitude to the people of India that I accept this great honour #BharatRatna bestowed upon me,” he said in a tweet.

Mukherjee became India’s youngest finance minister in 1982 at the age of 47. From 2004, he went on to head three crucial ministries – external affairs, defence and finance – and became the first occupant of the Rashtrapati Bhavan to have this distinction.

Deshmukh was associated with the RSS from 1928 till his death in Satna, Madhya Pradesh, in 2010 at the age of 94 and was known for starting a chain of RSS-inspired schools throughout India.

He was considered to be one of the architects of the Jai Prakash Narayan movement against Emergency in 1975 and among the key persons in the formation of Janata Party government in 1977.

Born in 1926, Hazarika was a playback singer, lyricist, musician, singer, poet and filmmaker from Assam.

The cultural icon also had a brush with politics and had unsuccessfully contested the Guwahati Lok Sabha seat on a BJP ticket in 2004. He was an independent MLA in Assam during 1967-72.

With these three recipients, 48 eminent people have been conferred the award so far.