Though the need for serious police reform has been raised again and again, there seems to be no political will to do anything about it. 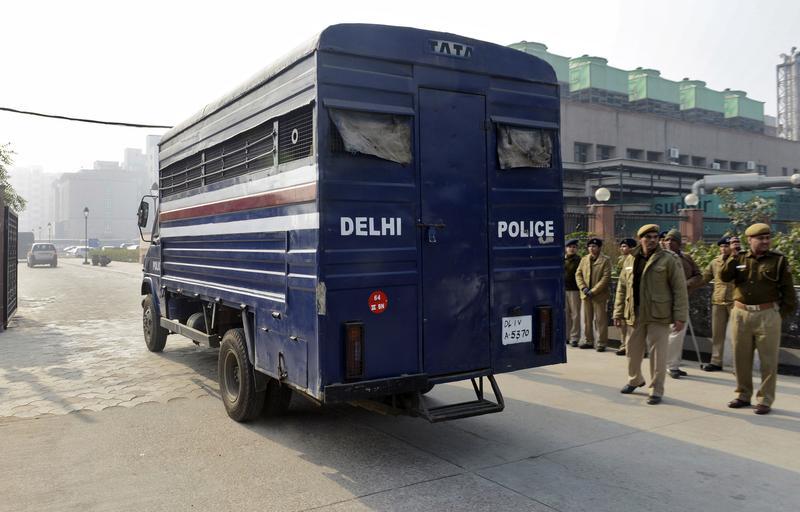 Regimes come and regimes go, a new party and a new leadership adds its own new pages to the annals of India’s political history. But India’s khaki tales continue with the same old narrative – hackneyed, violent and tragic, both for the people of the country as well as for the rank and file cops. The strong arm of the state is severely weak within and the politicians want it that way; bereft of choice, cops take solace in venting their ‘powerless power’ where they can. Supposed to be maintaining the rule of law, they function without any rules; and who cares for the law in India in any case. And, for a country and a part of its political society trying to latch on to the ancient, the modern law, particularly the contribution of Macaulay the hated, is gradually becoming anathema, with covert and overt support from the state.

First, on September 27, 2017, the Union government announced a Rs 25,000 crore three-year package, commencing from 2017-18, for ‘police reforms’ and modernisation. However, a priority Rs 10,132 crore (40%) assigned to Jammu and Kashmir, the northeastern states and states affected by Left-wing extremism makes it contingency driven. Focused on procuring modern gadgets and weapons, the scheme is in addition to the existing Modernisation of State Police Forces Scheme and a departure from the Union government’s stance that the states should take care of their police because the 14th Finance Commission has increased their share in revenue to 42%.

Second, confusion amongst the police administration across states on the new phenomenon of vigilante lynchings has been recently vindicated fully when the accused in the Mohammad Akhaq lynching were granted bail and charges against the six accused mentioned in the dying declaration of Pehlu Khan were dropped by the Rajasthan police.

Third, the recent violence in Panchkula on the day of the conviction of Gurmeet Ram Rahim Singh, which caused a number of avoidable deaths, divided opinions sharply on whether the police should have used preventive measures, rather than the deadly bullets they used to control the chaos. In the police action innocents too were killed, aside from the Singh devotees who went created havoc. This comes a little over a year after the Haryana police’s failed role during the February 2016 Jat agitation, strongly criticised in the Prakash Singh Committee report of June 2016. A totally unprofessional approach in dealing with a protest was evident also in a brutal lathi-charge on demonstrating women students at the Banaras Hindu University on September 24 2017 by a posse of male police – from ordering the assault to its inept execution.

Fourth, Prime Minister Narendra Modi’s recent advice to the police to ‘nudge people to achieve the goals of demonetisation’. We are not sure if the rank and file of the police, who have been condemned for decades for being corrupt and inept, know what demonetisation is and if it has checked their ‘oopari amdani’. In any case, the utterly understaffed police unable to manage their basic assigned functions has now been asked to do what they are not trained to – ‘nudge’. They are trained and conditioned on the organisational culture to ‘push’. If this was not enough, the Jharkhand government has put their police on a campaign against those who defecate in the open.

Fifth, Uttar Pradesh chief minister Adityanath, during his recent appearance on Aap ki Adalat on India TV, announced amidst thunderous applause from the audience that he has ordered the police to knock off those indulging in a crime (‘Jo log aparadh karenge, thonk diye jaayenge’). Rajat Sharma, conducting the proceedings, looked visibly impressed and did not question this unconstitutional and illegal assertion. What is the chief minister licensing? Does he know about Articles 21 and 22 of the constitution and procedures established by law? Equally worrying was him hinting that the spurt in crime is due to (and by) those unemployed by his initiative to stop illegal slaughtering. Of course he known that there are a higher number of Muslims involved in the meat business.

Sixth, at a recent seminar in Lucknow on police reforms on September 23, 2017, the usual concerns on whatever is wrong with the police in India were raised. The former Union home secretary and current Union minister of state for home raised issues of professionalisation and the insulation of criminal justice system from politics. Prakash Singh was candid: “The government has not been able to implement police reforms, and good law and order is a prerequisite for economic development… What happened in Haryana recently (the Panchkula violence), where property worth more than Rs 2,000 crore was destroyed, is a clear example of lack of reforms”.

These six episodes stress everything that is wrong with the police in India – politicisation, inefficiency, ineptitude of the organisation and its leadership, a total disinterest amongst all political parties and the leadership to carry out police reforms, a complete lack of appreciation of the police as the servants of the law, the fund crunch, obfuscating ‘modernisation’ for reform, the Centre-state buck-passing, and so on.
India’s strong-Centre federalism has emerged as the first stumbling block for police reforms. While today the Centre ducks policing issues by insisting that it is a state subject, ignoring that several states are ruled by its party units. Also, alluding to entry 1 and 2 of the state list is qualified by entry 2A of the Union list, a change brought about by the 42nd constitutional amendment and retained by the 44th amendment, indicating unanimity amongst parties and leaders on a predominant role for the Centre in public order.

Many government, no reforms

The Centre’s role in police reforms, with the first non-Congress government, came in only after emergency excesses and an unprecedented countrywide police strike in 1979. The states, assigned with the responsibility after independence, constituted police commissions 1960s onwards but ignored their recommendations; the police had become an important political tool. The first National Police Commission (1980) in independent India chaired by Dharam Vira did a commendable job, only to be ignored by states – unfortunately, federalism apparently became the villain, as political parties as usual considered police reform not conducive to their interests.

The tale of neglect and prevarication continued through the Julio Rebeiro Committee (1998), the Padmanabhaiah Committee (2000) and Soli Soarable Committee on Police Act (2005). Though the nudge by the Prakash Singh PIL in the Supreme Court in 1996 did have results in the judgement of 2006, the states remained recalcitrant. The Supreme Court eventually threw up its hands in despair in July 2009 to a persistent Singh’s plea to compel the states to police reforms: “Not a single state government is willing to cooperate. What can we do?” Obviously, policy and executive decisions by the apex judiciary have their limitations.

Civil society groups have attempted to put police reforms on the political agenda. In 2004, the Commonwealth Human Rights Initiative convinced the Congress to include police reforms in its manifesto. But the UPA did not go beyond appointing the Soli Sorabjee Committee. In 2009 and 2014, the Congress briefly promised ‘police modernisation’, not reforms. The BJP’s manifesto in 2014 promised police reforms in the framework of governance and cooperative federalism. Promising to raising the ‘Indian Police at par with international standards’, the BJP took care to list the details of reforms in their micro and macro dimensions. However, the BJP-led NDA government has totally ignored police reforms and the signals arising out of the states it has ruled is just the continuation of the trends of the past seven decades.

There are five aspects to police reforms. First, the colonial police act must be replaced by states. Second, the intensely hierarchical structure needs to be changed. At the moment, the rank and file are reduced to being serfs of the leadership. Third, in keeping with this, service and living conditions of the constabulary must be improved, bringing them out of dehumanised living by giving them family quarters. Fourth, police training, particularly at the cutting-edge level, must be designed to sensitise the recruits to democratic norms to be observed in policing a plural society such as India. Fifth, accountability structures have to be created in a manner that the police are answerable to the law and the people they serve, not their political masters; meaning disentangling the police from politics.

The Model Police Act has been adopted by Assam, Bihar, Chhattisgarh, Gujarat, Haryana, Himachal Pradesh, Karnataka, Kerala, Maharashtra, Meghalaya, Mizoram, Punjab, Rajasthan, Sikkim, Tripura and Uttarakhand, and they have initiated marginal reforms. While 17 states have remodelled their police Acts, 12 states and seven union territories have not done it; obviously the Union government too has been remiss in not bringing in the model Act in the UTs.

The Supreme Court, in its judgement of September 22, 20o6, issued seven directives that include accountability mechanisms and structures:

Needless to say, these have been ignored with impunity by both the Union and state governments. All the parties in power in India are to be blamed.

There is no assessment available of police training in states for various levels of recruits. However, performance of the police at police station level does not give much cause for optimism.

The khaki narrative in India seven decades after independence continues to be as grim as ever. The boisterous political competition and consequent changes in states and at the Raisina Hill has made little difference to the same old narrative. The problem is rooted in political leadership of all hues and, with a few notable exceptions, in the police leadership. The optimism generated by a chief minister moving from a state capital to the South Block as prime minister, a first since independence, has not made any difference to the sombre narrative. Maybe we shouldn’t be surprised, as in 13 years as the chief minister of Gujarat he did not introduce even a single measure of police reform in the state.

The responsibility of changing India’s khaki narrative thus falls on citizens. They must raise the demand to a level that compels the parties and governments to reshape the police as a citizen-centric institution.