In India, the Underworld-Politician-Police Nexus Is Clearly Visible – and Visibly Ignored

Criminality within the Indian Police Service is a serious problem – one that will take more than a few good men and women to solve. 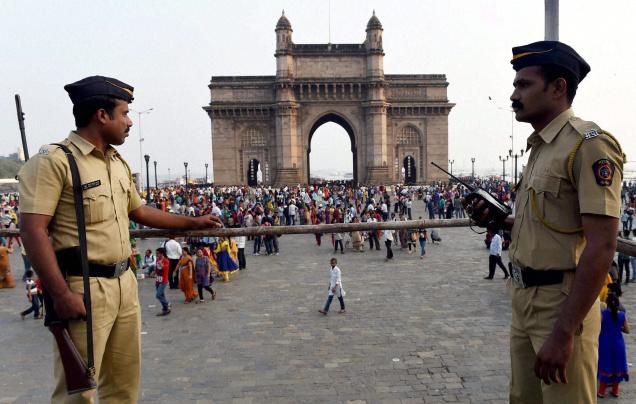 Retirement brings overnight enlightenment for some Indian Police Service (IPS) officers. “There are more criminals in the Kerala police at the IPS level than at the civil police officers’ level” is what outgoing Kerala DGP T.P. Senkumar said last month on the day of his retirement. Speaking after the farewell parade, he said if 1% of civil police officers (constables) have a criminal nature, this number reaches 5% at the IPS level.

Though this is his subjective rant, the objective reality is no less worrying. According to data released by Kerala’s home department in 2014, 950 officials in the 54,000-strong police force were involved in various criminal cases. In 2011, the state government had told the court that around 100 newly-recruited constables were allegedly involved in criminal cases. If this is what is happening in one of the better-policed states in the country, India’s police leaders – the members of the IPS – need to answer a lot of uncomfortable questions about their professional worth.

How criminalised is India’s police? And what is the relative contribution of the IPS to this shady state of affairs?

Studying Mumbai, the country’s financial capital, the city of dreams, dances and mafia dons, sheds some light on this.

Maharashtra is a well-oiled money-minting factory for political funding in India’s electoral politics, cutting across party lines, and Mumbai is its most productive machine. This is built into the political economy of India’s election-based democracy. No political party, its fund managers or its media-savvy leaders can afford to let go of Mumbai’s usefulness. The mighty Mumbai underworld economy involves the real-estate business, the construction industry, cricket betting, film financing, hawala transactions, oil theft and adulteration, narcotics and gold smuggling, bootlegging, the share market, the extortion racket, contract killings and protection money. Its combined annual turnover in 2011 was estimated at between Rs 100,000 and 150,000 crore, enough to run the city’s Brihanmumbai Municipal Corporation for five years.

The 1993 Vohra Committee report made a reference to a document prepared by the CBI in 1986 on the criminal nexus between the Mumbai underworld and the city police. The report also mentioned, in as many words, the written submission of the then CBI director on how Iqbal Mirchi, the dreaded gangster of the 1990s, started his underworld journey as a petty cigarette seller and ended up owning real estate worth crores of rupees under police patronage.

Former Union home secretary and now BJP leader R.K. Singh revealed in 2015 that a few “corrupt” officers of the Mumbai police had caused a botch-up of the covert operation launched by the Atal Bihari Vajpayee government to take down Dawood Ibrahim in Dubai. The government had roped in some elements from the Chota Rajan gang and they were being trained at a secret location outside Maharashtra. But Mumbai police officials who were in touch with the D-company landed up at the training camp with arrest warrants for the covert operatives who had been engaged by India. The entire operation to take down Dawood failed due to these rogue elements in the Mumbai police.

A recorded conversation between an officer of the DCP rank, a senior officer of the Mumbai police, and Chhota Shakeel surfaced in 2011. He was heard pleading with Shakeel to spare a builder from extortion. Videos of police officers of various ranks (ACP and DCP included) partying with known underworld characters pop up in the media quite frequently. The usual drama of suspending the officers and after some time, as the media uproar fades, its back to business as usual.

The extent of the police-underworld nexus in Mumbai can be measured from this roll call of lower- and middle-ranking police officers known as “encounter specialists,” who have been arrested in criminal cases and placed under suspension from time to time. Needless to say, most of them stand acquitted and have been reinstated, some are back in circulation after spending considerable time in various jails.

Around 20 police officers have been dismissed from service over two decades for links with the underworld, with several others suspended. But these numbers do not quite reflect the extent of the rot within.

The once-fabled Andheri Crime Intelligence Unit, which boasted of these ‘encounter specialists’ in its ranks, was officially disbanded in 2002. Asked about gangsters getting killed by the police in Mumbai, former IPS officer Y.P. Singh once said, “Most of the encounter killings are supari killings, carried out at the behest of one gang against another for monetary considerations.” 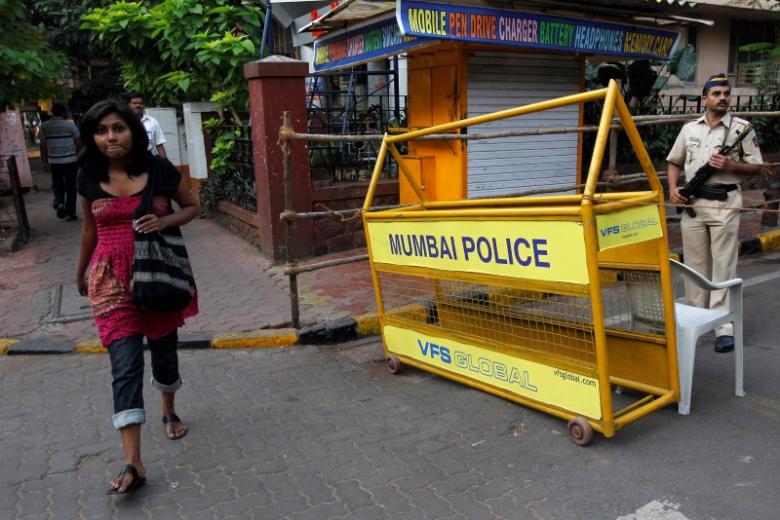 A woman walks past a police officer stands guard at a security barricade in Mumbai November 7, 2010. Credit: Reuters/Fayaz Kabli/Files

In 1999, then Mumbai police commissioner Ronnie Mendonca had forwarded a report to then state police chief Arvind Inamdar about 17 officers having links with the underworld. In 2007, the Anti-Corruption Bureau (ACB) prepared a report chronicling the nexus between a senior Mumbai police officer, assistant commissioner of police Anil Mahabole, and Dawood’s powerful sister, Haseena Parkar. This report detailed the network between the police, underworld and builders in Mumbai. A separate 2008 ACB investigation indicated underworld money was being routed through tax havens into the real-estate market and then invested in such projects. The underworld is also known to muscle into projects by offering cash at lower-than-market rates, and helping the builder clear slums and get permission. The builders appoint retired IPS officers by offering them attractive salaries to help with getting projects cleared using their clout in the department where they served for decades.

Election after election, leader after leader, IPS officers from the Maharashtra cadre (of which Mumbai police is an administrative part) have lived with the police-politician-underworld nexus.

The Mumbai police has its share of clean officers too. But the extent of criminalisation in the police under the leadership of the IPS is too strong to be wiped clean by a few good men and women, because the political masters of the day find these few officers bad for their financial health and political fitness.

Is it possible for this police-politician-criminal nexus to survive and prosper without the active involvement of some politically-connected, top-ranking Maharashtra cadre IPS officers and their well-oiled administrative network? This is a question that must haunt the members of the IPS, serving and retired, of this country.

In a headline-hogging disclosure a day before he retired from the police force, former Mumbail police commissioner Rakesh Maria said “influential and wealthy people” suppressed the Sheena Bora murder – in which her mother Indrani Mukerjea and former media baron Peter Mukerjea were among those arrested – for three years. He, however, did not name anyone.

It would appear Maria was hit by the same “retirement bringing enlightenment to some IPS officers overnight” syndrome.

Perhaps we have to wait for the retirement of some other officer who’ll divulge the details of the involvement of the IPS officers with the underworld. Much like Senkumar did.