After weeks of criticism, the fund quietly updated its website to note that it had appointed SARC & Associates, headed by Sunil Kumar Gupta, to audit the fund. 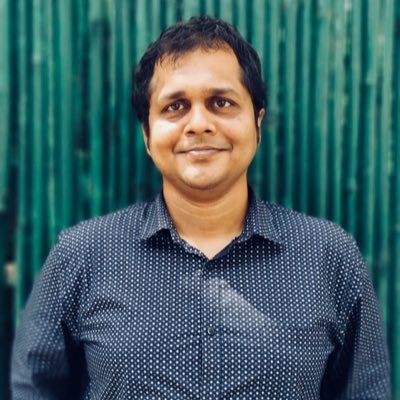 Since its inception on March 28, the Prime Minister’s Citizen Assistance and Relief in Emergency Situations Fund (PM CARES Fund) has faced a number of questions.

While some of the queries  revolved around the need to establish a parallel fund when the Prime Minister’s National Relief Fund (PMNRF) already exists, other concerns centred around the transparency of the fund, its accounting, its auditors and the general lack of clarity over who controls the money.

On March 29, this author filed an RTI query with the Prime Minister’s Office asking for copies of documents related to PM CARES including the trust deed, the details of the trustees, a copy of the trust’s tax exemption certificate, and other bylaws governing the trust.

After a long wait, which went beyond the stipulated 30 days, the PMO rejected the RTI application on the grounds that “PM CARES Fund is not a Public Authority under the ambit of Section 2(h) of the RTI Act, 2005.”

Just five days after that, on June 11, the PM CARES website was updated to announce that a company called SARC & Associates had been appointed as “independent auditors” for the fund.

Incidentally, the website claims that the appointment of the auditor was made on April 23 so it’s a mystery as to why the announcement was made only seven weeks later.

Gupta, incidentally, has appeared on the state-owned Doordarshan TV channel and Zee Business where he claims to “educate the youth” about various “nation building” initiatives of the Modi government such as Make in India, Skill India, Start-Up India, Stand-Up India, Mudra Yojana, Credit Guarantee Fund etc.

He has also authored a book on Modi’s ‘Make In India’ initiative and benami property, and has photo-ops with several Union ministers and BJP leaders promoting this book.

On his website, Gupta describes himself as a “Business Expert, Economist, Author & Philanthropist”.

The first thing that stands out on visiting the website is a large banner that shows pictures of Gupta posing together with assorted Union ministers and BJP leaders including Piyush Goyal, Anurag Thakur, Kiren Rijiju, former Delhi BJP president Manoj Tiwari, BJP Jabalpur MP Rakesh Singh and several others.

The crowning glory, however, are two pictures with Prime Minister Modi.

Gupta also happens to be the statutory central auditor of Oil and Natural Gas Corporation Limited (ONGC), Indian Overseas Bank (IOB) and the state-owned SBI General Insurance Company. Along with that he is also the concurrent auditor of the Reserve Bank of India (RBI) and has carried out audits of several public sector banks including SBI, PNB, BOB, IOB, Canara, BOI and Corporation Bank.

With the close intermingling of cricket and politics in India, it is interesting that Gupta is also a member of the Delhi & District Cricket Association (DDCA), which saw its share of political controversy during the tenure of former Union finance minister Arun Jaitley.

Gupta is also a key member of a lesser-known Delhi-based NGO called Rashtriya Antyodaya Sangh (RAS). While the social media accounts of the RAS state its objective as “aiming towards an equal India, free from poverty, unemployment, and dirt”, most of the posts on its Twitter and Facebook seem oriented towards religious activities. Activities of the RAS have been largely supported by the BJP-led government of Uttarakhand and the Shri Badrinath Temples Committee, according to their social media posts.

On September, 7, 2018, Gupta tweeted from his account that he was attending the World Hindu Congress to be held in Chicago. While every individual, including an auditor, is entitled to their beliefs, what’s interesting about this conference is that the keynote address was delivered by the RSS sarsanghchalak (chief) Mohan Bhagwat.

The question to be asked is whether these connections impact the perception and aura of independence that SARC & Associates should maintain as an auditor for the PM-CARES fund, which itself has been unnecessarily secretive in its functioning.

The Institute of Chartered Accountants of India (ICAI) is an agency set up under a law of parliament as a nodal governing authority for chartered accountants and auditors in India.

The ICAI also has a clearly established guidance note describing its rules on the independence of auditors.

“Independence in appearance – the avoidance of facts and circumstances that are so significant that a reasonable and informed third party, having knowledge of all relevant information, including any safeguards applied, would reasonable conclude a firm’s, or a member of the assurance team’s, integrity, objectivity, or professional skepticism has been compromised”

“Independence of the auditor has not only to exist in fact, but also so appear to exist to all reasonable persons.”

In my opinion, Gupta’s photos with ruling party leaders and his public media advocacy of the policies of Modi, who is the ex-officio chairman of the PM CARES Fund, could colour the public perception of  SARC & Associates’ ability to conduct an independent audit within the guidelines of the ICAI.

Let us now look at the PMNRF which was India’s original discretionary fund established by former Prime Minister Jawaharlal Nehru to deal with natural calamities, disasters and emergency situations.

Sometime in the year 2018-19, the existing auditors were abruptly replaced. Guess who was appointed in their place as the new auditors of PMNRF? That’s right – it’s Sunil Kumar Gupta’s SACR & Associates, which now audits PM CARES.

Therefore, as it stands today, the “independent auditors” of both PMNRF and PM CARES are the same company.

‘PM CARES not a public authority’

As pointed out above, the RTI application requesting documents of the PM CARES fund was rejected by the PMO on the grounds that “PM CARES is not a public authority under Sec 2(h) of the RTI, Act”.

by or under the Constitution;
by any other law made by Parliament;
by any other law made by state legislature;
by notification issued or order made by the appropriate Government, and includes any—
(i) body owned, controlled or substantially financed;
(ii) non-Government organisation substantially financed, directly or indirectly by funds provided by the appropriate Government;”

A similar question had arisen in the case of RTI activist Aseem Takyar in 2011, where the petitioner was refused information on the accounts and disbursal of the PMNRF and he had appealed to the Central Information Commission (CIC). In its decision, the CIC had directed the PMNRF to furnish the requisite information to the petitioner.

Surprisingly, the PMO approached the court in 2015 against this order of the CIC and the appeal was dismissed.

Not willing to part with the information, the PMNRF then approached the Delhi high court in the case of Prime Minister’s National Relief Fund vs Aseem Takyar. In a split judgment on May 23, 2018, one of the judges on the two-judge bench of the Delhi high court, Justice S. Ravindra Bhat,  observed that:

“This court is of the opinion that directions of the Prime Minister inviting contributions and setting up a Committee comprising of the Prime Minister himself along with the Deputy Prime Minister, Finance Minister and other important highest state functionaries as “Managers” of PMNRF cannot be deemed to be or be considered as actions in a personal capacity. Those actions are meant to considered to be actions of the Government which the Prime Minster represents. Further, registration of PMNRF as a Trust for the purposes of income tax exemption, obtaining of Permanent Account Number (PAN) of the said fund and entrusting the management of the fund qualify as an “order made by the appropriate government‟. Therefore, PMNRF must be deemed to be a “public authority‟ within the meaning of Section 2(h)(d) of the RTI Act.”

In the case of PM CARES Fund, all the above conditions apply:

However, since the second judge, Justice Sunil Gaur, did not agree that the PMNRF constitutes a public authority under the RTI Act, the matter was referred to the chief justice of the high court to be referred to a third judge. The matter remains pending in the Delhi high court.

In addition to this, several government-owned public sector utilities (PSUs) and Union ministries have made publicly declared contributions of crores of rupees to the PM CARES fund. This clearly makes PM CARES an entity that is “substantially financed, directly or indirectly by funds provided by the appropriate Government” thus making it a public authority under the RTI Act, 2005.

It is but natural that the above arguments used by the PMO to stonewall queries around PM CARES will be appealed in relevant forums and courts by me and several others.

What remains mysterious, however, is the establishment of a fund by no less a person than the prime minister himself that is neither transparent nor willing to open up its accounts to scrutiny.

With an estimated Rs 10,000+ crore in its kitty, the PM-CARES Fund is an entity with mammoth cash reserves. In the middle of the COVID-19 pandemic, it is strange that the Prime Minister’s Office simply doesn’t go the extra mile and look to ensure that the fund not only functions in an accountable manner, but also projects the perception of transparency. Whatever past precedents might have been, appointing an independent auditor on the basis of a transparent tender would have helped allay any doubts about the manner in which the fund’s money is used.

No place for whataboutery

It must be mentioned here that as is typical of the present establishment, they appear to have decided to counter the details which have emerged of Gupta’s associations with BJP leaders by using anonymously sourced defences on Twitter, marked by half-facts and diversions.

A cursory look at the financial statements of PMNRF right from 2008-09 (the earliest year for which data is available) shows that the partner signatory for Thakur, Vaidyanath, Aiyar & Co. is one M.P. Thakur, which aren’t the initials of Rameshwar Thakur or any of his children.

However, assuming the firm’s promoters have or had ties to the Congress, I would encourage the BJP to come forward and present any evidence of there being a conflict of interest in Thakur, Vaidyanath, Aiyar & Co. being appointed as auditors for the PMNRF under the UPA government. Fact is, they won’t. Fact also is that four years after the Modi government took over, Thakur, Vaidyanath, Aiyar & Co. continued to be auditors for the PMNRF.

The government and its supporters must also remember that they are doing no favour to anyone by trying to justify the appointment of their auditor by pointing out that the past auditor for a separate fund allegedly had links with the Congress.

Indeed, this kind of whataboutery doesn’t help their cause, especially when their electoral plank since the 2014 Lok Sabha polls has been that they are a ‘party with a difference’.

Saket Gokhale is a former foreign correspondent turned transparency and civil rights activist based alternately out of Mumbai and Delhi. He uses the Right to Information Act, 2005 to try and hold the government accountable in its processes and workings.