Paranoia Over Virus Research May Have Brought Gagandeep Kang, US CDC Officials on to Snoop List

It may not be a coincidence that some of the people in healthcare targeted for potential surveillance were also involved with the Nipah virus outbreak in some capacity. 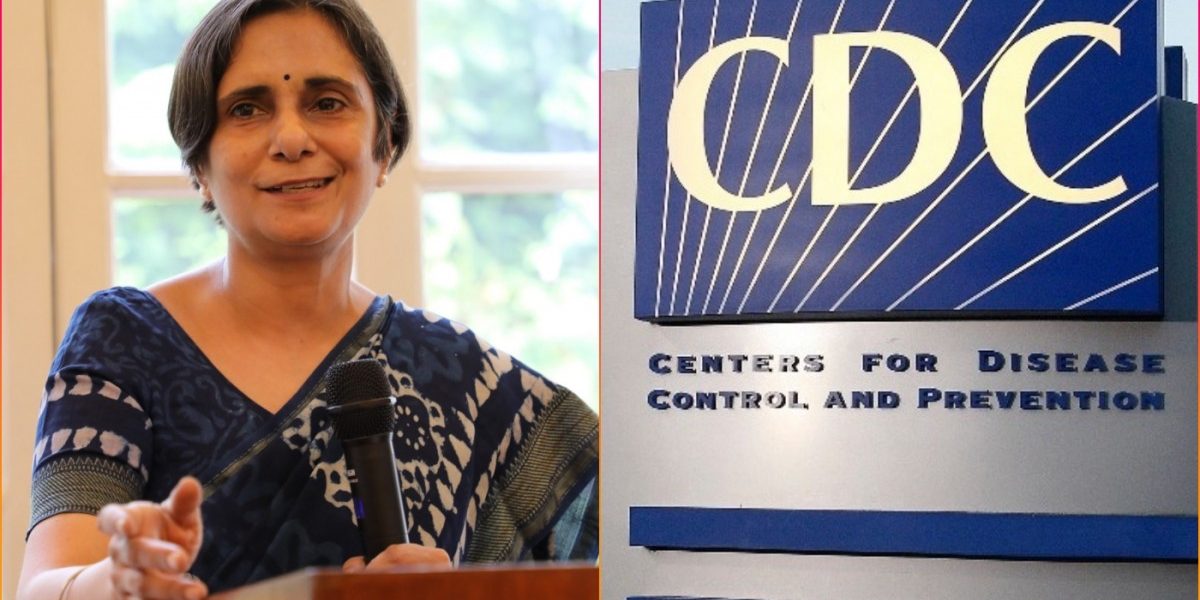 New Delhi: On May 19, 2018, the state of Kerala reported a major outbreak of the Nipah virus. This was scary for a few reasons: its mortality rate is high, it has no known vaccine or definitive treatment, and because the outbreak began suddenly. However, Kerala’s clinical research and healthcare system emerged as a hero. Researchers quickly identified the outbreak as being due to the Nipah virus – a feat that experts have likened to “pulling a rabbit out of a hat” – and then the state machinery mounted a successful disease surveillance programme.

To help deal with future outbreaks better, Gagandeep Kang had requested the Indian Council of Medical Research (ICMR) at the time to share blood samples of the few Nipah survivors for research supported by the Coalition for Epidemic Preparedness Innovations (CEPI), a foundation based in Norway. Specifically, Kang – as a member of the CEPI board – requested government officials to share samples with the International Centre For Genetic Engineering And Biotechnology, New Delhi, or the Translational Health Science And Technology Institute, Faridabad (the samples couldn’t leave the country).

Kang told The Wire Science that these institutes “were the only places in India with the ability to do the work needed for exploring antibody repertoires from Nipah survivors.”

However, ICMR didn’t entertain the request, despite – she told the Pegasus Project – her appeals to Department of Biotechnology secretary Renu Swarup and principal scientific adviser K. VijayRaghavan.

These incidents encompass the major events that happened in 2018, when the name of Gagandeep Kang – today a household name because of her work on the SARS-CoV-2 virus – entered a list of phone numbers created by an unidentified Indian entity as a person of interest in June that year. Some of the 300 phone numbers on the list that The Wire was able to verify turned out to have been targeted and infected by Pegasus spyware in the period 2017-2019.

Over the past few days, The Wire and 16 media organisations around the world have been publishing information about Pegasus’s intended targets. Forbidden Stories, a French non-profit, was able to access the database, and together with its media partners, has worked with Amnesty International and CitizenLab to ascertain its contents.

Pegasus is the name of software developed by the Israeli firm, NSO Group. NSO has said in official statements since July 18 that it sells Pegasus only to governments that it has vetted. As such, the attempts to surveil various people with Pegasus are believed to be the handiwork of their respective governments. To date, neither NSO nor the Indian government have denied that the Indian government is a Pegasus user.

In an interview to the Pegasus Project, Kang said:

“… there were discussions around Nipah in an international meeting being convened around August of 2018. Other than that, we weren’t working on anything particularly controversial. I was [trying] to get the funding for the CEPI lab to be established and stuff like that. So I can’t think of anything other than CEPI. I’ve worked with the same partners – [US] National Institutes of Health, WHO, Gates Foundation kind of stuff throughout, so there was nothing special other than Nipah that was happening at that time.”

Kang also said that at the time, in 2018, she had been working on the rotavirus as well but called it “hardly controversial”.

While a full forensic examination of the phone she was using at the time – the only way to conclusively determine it it was targeted or infected – could not be conducted, and an SMS application check (one of a few checks) turned up negative, there is circumstantial evidence to believe the attempt to surveil Kang is linked to the Nipah virus outbreak.

Around the same time, between April and July 2018, the name of another individual shows up as having been selected for potential surveillance. This individual, who did not consent to being named, was involved in a collaboration that included the Manipal Centre for Virus Research (MCVR), Karnataka, to monitor the Nipah outbreak.

In February 2020, India’s health ministry alleged that MCVR, which had a reputation for conducting important research on infectious diseases, was storing Nipah virus samples without the proper safeguards. Officials from the same ministry also alleged, according to a media report, that the facility was running a multi-year fever surveillance project with funds from the US Centres for Disease Control (CDC), without the Indian government’s permission.

Also of relevance is the fact that the telephone number of an official working with the  CDC was also placed on the Indian list of persons of interest around the same time as Kang. Another CDC official, an American national stationed in India at the time, was also added to the list before the Nipah outbreak, as was the head of a health-sector nonprofit, suggesting the Indian agency responsible for selecting the numbers may have had a broader interest in the US public health agency. The Wire and its media partners have verified the identities of the individuals operating these three numbers but are withholding their names at their request.

Arunkumar Govindakarnavar, the head of the project at MCVR, told The Wire Science “that his lab had transferred all Nipah samples to the ICMR in July 2018 – soon after Kerala’s first Nipah outbreak concluded” and that “the ICMR and the health ministry had been closely involved in reviewing the fever project since its inception in 2014”. The Wire Science also found that at least one paper published in 2018 about the Nipah outbreak listed top scientists of the MCVR, the ICMR and the National Centre for Disease Control, under the health ministry, among its authors.

According to this paper, MCVR was able to help identify the Nipah virus so quickly – pulling the rabbit out of the hat – thanks to the CDC’s training. But after the health ministry’s allegations in early 2020, MCVR lost its FCRA license (required to receive money from foreign entities) and shut Govindakarnavar’s lab.

Since then, the collaboration has become defunct; the unnamed individual later joined a private foundation and currently helps with its COVID-19 response in India.

Kang’s efforts to have the ICMR share blood samples of Nipah survivors eventually went nowhere. “I was talking to a bunch of people who were interested in trying to figure out what we could best do for Nipah,” she told the Pegasus Project.

Kang added that Manoj Murhekar, head of the National Institute of Epidemiology, had also expressed cynicism about her efforts. Eventually, she said, “it was just conversations, it didn’t go anywhere.”

It may not be a coincidence that some of the people in healthcare targeted for potential surveillance were also involved with the Nipah virus outbreak in some capacity, especially considering two major recent incidents in which the government has vilified scientific work involving foreign collaborators.

One of course was the MCVR incident, as a result of which the facility disappeared from India’s COVID-19 response, despite still being one of the country’s top research facilities vis-à-vis infectious diseases, and Govindakarnavar lost his job. The other involved the National Centre for Biological Sciences (NCBS), Bengaluru, which butted heads with the ICMR over a study of bats in Nagaland from 2012.

In late 2019, two months after the study was published, the cabinet secretary informed the Tata Institute of Fundamental Research (TIFR), Mumbai, that the ICMR had launched an investigation into the study. TIFR oversees NCBS; both institutes come under the Department of Atomic Energy.

In this study, NCBS researchers had travelled to Nagaland, where they had collected blood samples from locals who had recently come in contact with bats in a cave, and blood and tissue samples from the bats. In their paper, published in October 2019 in the journal PLoS Neglected Diseases, the researchers wrote that they had been able to match antibodies in the blood samples to three filoviruses hosted in the bats’ bodies.

News reports in February 2020 quoted unnamed officials in the government as alleging that the NCBS researchers hadn’t secured the requisite permissions and that they had potentially exposed “Indian biological specimens and cultural knowledge” to the influence of the Chinese government and the US army.

Those fanciful allegations echo the unfounded fears fanned by the health ministry in 2018 that the Nipah virus, by virtue of being so deadly, could be turned into a bioweapon and that, allegedly by being careless, the MCVR was risking this outcome.

A source familiar with the proceedings had told The Wire Science that the NCBS researchers had approached the National Institute of Virology, Pune, which is administered by the ICMR, to collaborate on their study, but that the institute wasn’t interested. The ICMR’s report of its investigation had yet to be published as of early June this year.

It was additionally unclear why the ICMR – a medical research body – was handling an investigation of a study that required expertise in ecological research (into microbes present in wild animals). More recently, and in similar vein, the Indian government tasked the ICMR with qualifying private facilities to test for COVID-19 – a topic on which it has no expertise, and a choice that led to a flood of quality complaints.

As things stand, collaborative research is already difficult in India, where scientific work is highly compartmentalised. Ongoing collaborations are also limited to a small subset of a larger number of institutes – and, among them, to those that have managed to obtain regulatory approvals from multiple authorities. If the government is determined to further disincentivise team-work – especially international collaborations to tackle public health threats that do not recognise national borders – then Prime Minister Narendra Modi’s exhortation at the G7 summit last month that the world must deal with the COVID-19 pandemic through a “One Earth, One Health” approach, has no meaning.