On March 13, CM Naveen Patnaik declared it a ‘disaster’ and ordered the immediate closure of many public spaces, even though the state had not reported a single case of infection then.

Odisha, which has so far reported three confirmed cases of the coronavirus infection, was one of the first states to go into “combat mode” against the disease. On March 13, chief minister Naveen Patnaik declared it a ‘disaster’ and ordered the immediate closure of educational institutions, cinema halls, public swimming pools and gyms, even though the state had not reported a single case of infection then. Government officials were sufficiently empowered to enforce the restrictions by invoking the provisions of Epidemic Diseases Act, 189 and sections of the Code of Criminal Procedure (CrPC).

A strong believer in the maxim “prevention is better than cure”, Patnaik also set aside Rs 200 crore to augment the Public Health Response Fund to tackle the threat of the virus. Ever since, the state has taken more steps, including signing of memorandums of understanding (MoUs) with two private hospitals to set up what would be the country’s first dedicated facility for the treatment of patients with COVID-19, the disease caused by the novel coronavirus. Two hospitals with a combined strength of 1,000 beds have been planned.

While isolation wards are being readied in hospitals for patients, incentives for doctors and para-medical staff have been announced and there is an effort to augment the manpower engaged in battling the disease.

The government, which has been organising daily briefings to inform people about the disease-related developments and the new plans being made by it to combat the threat, has also stepped up its awareness drive. The chief minister himself has appealed to the people to stay indoors and cooperate with the authorities.

Patnaik has also come up with an economic package for the poor, including construction workers who are facing all kinds of hardships after being rendered jobless because of the lockdown. Thanks to such initiatives, the situation at the moment seems well under control. But the government is being far from complacent, as evident from the warning issued by Subrato Bagchi, chief spokesperson of the state’s Information, Education & Communication (IEC) in the wake of the state’s third patient detected on March 26. The man did not visit any foreign countries and Bagchi said the state health department would soon issue revised guidelines.

The government has ensured the people that it will keep a close watch on the situation. We shall look at the steps taken by the government to ensure this.

What is the provision of testing? Is the state willing to adopt the twin policy of lockdown and mass testing?

Currentl,  all the samples are being sent to the Regional Medical Research Center (RMRC) of the Indian Council of Medical Research (ICMR) in Bhubaneswar for testing. However, the state government is trying to set up a laboratory well equipped to conduct these tests at the Veer Surendra Sai Institute of Medical Sciences and Research (VIMSAR) at Burla in Sambalpur district. Because of the complete lockdown, there is no proposal for mass testing. 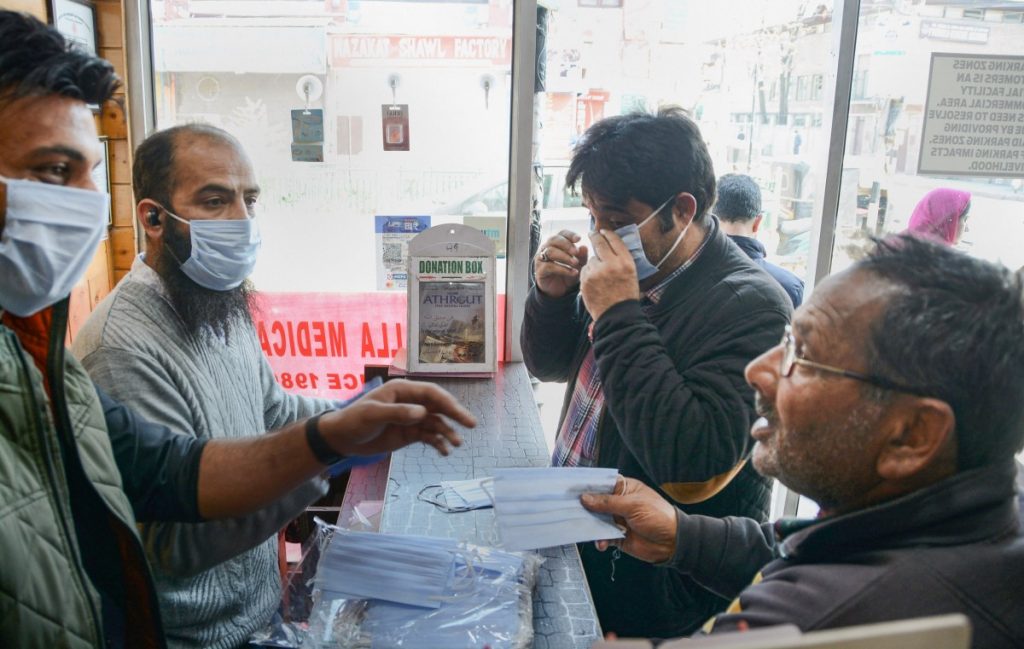 How are the requirements of essential commodities being met? How does the state government plan to distribute these resources over the next few months?

Also Read: On Coronavirus, Naveen Patnaik’s Suggestions Needed to Be Acted Upon Nationally

Besides, to facilitate smooth inter and intra-state movement of goods, the government is ensuring that at least one roadside dhaba, vehicle repair shop and spare parts shop located alongside the highways are be open at every 20 km interval, or as deemed fit by the respective district administration, which should ensure these shops are located on the outskirts of the towns and cities.

State food supply and consumer welfare minister Ranendra Pratap Swain has assured people that the state has enough stock of essential commodities. The government has held talks with traders to maintain adequate stocks and does not see an imminent crisis.

Government spokesperson Subrato Bagchi has also advised people to consume judiciously. The implicit suggestion is that available stocks should be made to last as long as possible, because any further extension of the lockdown, which seems to be a distinct possibility, could trigger a crisis.

What is the state doing to refurbish the health infrastructure? Can include whether the state has enough testing kits, isolation wards, ventilators, protection gears for frontline health workers etc?

After declaring the COVID-19 crisis a ‘disaster’, the government has initiated several emergency measures to ramp up infrastructure to handle patients in case of a flare up. As mentioned previously, the groundwork has begun to set up dedicated COVID-19 care units at separate locations in Bhubaneswar and Cuttack with around 2000 isolation beds, apart from a care centre being planned at AIIMS Bhubaneswar. Private hospitals such as Capital Hospital and Swami Vivekanand National Institute of Rehabilitation Training and Research (SVNIRTAR) have also been roped in to add more bed strength. The health infrastructure in all seven medical college hospitals and select district headquarters hospitals is also being ramped up to deal with the crisis.

Most importantly, Odisha has become the first state in the country to plan two hospitals with a combined capacity of 1000 beds for the treatment of COVID-19 patients. On March 26, the state government signed two tripartite agreements with SUM hospital and Kalinga Institute of Medical Sciences (KIMS) for setting up these hospitals for which funds will be provided by the Odisha Mining Corporation (OMC) and Mahanadi Coalfields Limited as CSR funding.

Equally importantly, CM Patnaik has announced the payment of four months’ advance salary to doctors and nurses and other paramedics engaged in the fight against the coronavirus. They will get the salaries for April, May, June and July in the next month. While this will act as a morale booster for healthcare workers, the government has also decided to appoint more doctors and paramedics on contractual terms for three months to deal with the crisis.

However, the only major protection available for frontline health workers is the masks.

Hospitals, both in government and private sector are being readied for the corona battle with isolation wards and equipment like ventilators.

Also Read: Coronavirus: How Is Odisha Preparing Itself?

What is the economic relief announced by the state to grant relief to people who are slated to incur massive job and income losses?

The Odisha government has announced a package worth Rs 2,200 crore for the poor and weaker sections of the society who have been hit hard by the COVID-19 crisis. The government will provide Rs 1000 each to 94 lakh beneficiaries of the Food Security Act in the state. In addition, ration for three months will be provided to these families in advance. Similarly, 48 lakh beneficiaries of social welfare schemes in the state will receive allowance of four months in advance. The government will spend Rs. 932 crore on this account. To add to this, each of the 22 lakh registered construction workers in the state will be given Rs 1500.

How awareness about coronavirus is being created and information on preparedness being spread?

Patnaik’s appeal to the people to follow lockdown restrictions and rules of social distancing on a regular basis has been accompanied by daily media briefing by spokesperson Subrato Bagchi to update mediapersons on the latest developments. The briefings also inform the media and the people about the latest precautionary measures planned by the state government.

What are the main challenges the state is facing at the moment?

The biggest challenge, by far, is inspiring confidence among people that the government is capable to deal with the situation and that the crisis can be overcome through collective effort. The other challenge is to create a reliable health infrastructure which can cater to the needs of the people in these trying times, not only in urban but also in the rural areas of the state. This is extremely important considering that Odisha’s rural health infrastructure has never been reliable with hospitals and health centres not only lacking state-of-the-art facilities but also quality manpower.