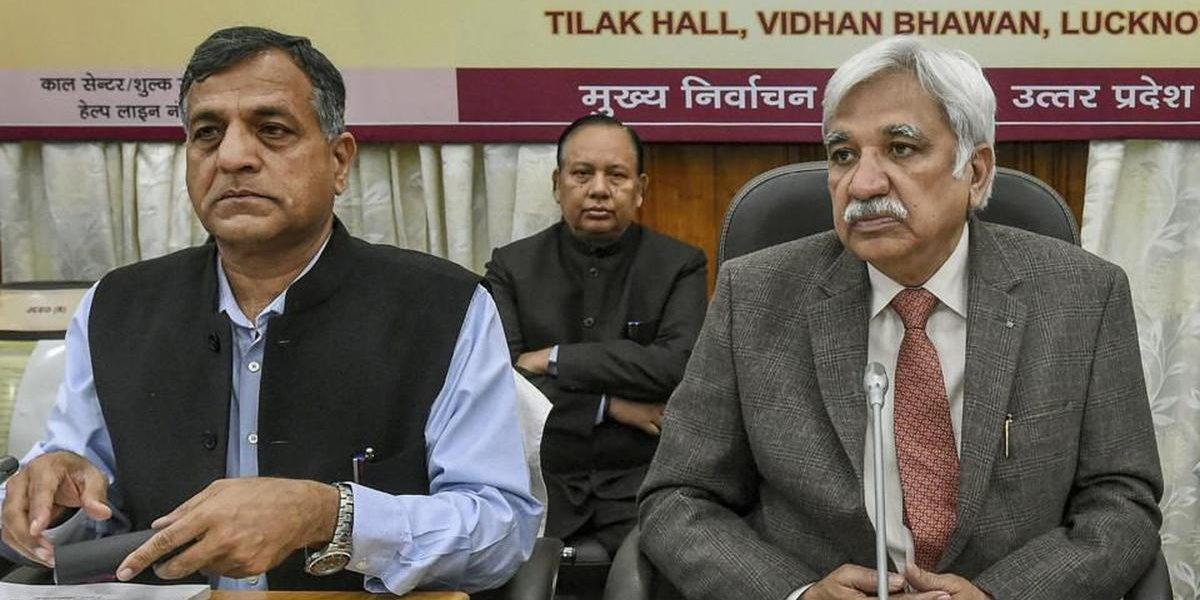 Election commissioner Lavasa had dissented at least five times against majority decisions during the campaign for the 2019 general elections a few months ago. Most of these cases were related to complaints against prime minister Narendra Modi and Union home minister Amit Shah for allegedly violating the Model Code of Conduct. His daughter, Avny Lavasa, in her position of Leh’s district election officer, had accused army officials of indulging in electoral malpractice around the same time.

According to a report in the Indian Express, even Lavasa’s sister and son are being probed by the tax department. Shakuntala Lavasa, his paediatrician sister, and his son Abir Lavasa, the director of an organic food company, also received similar notices from the I-T department in August.

The Indian Express reported that the I-T department “surveyed the books of Nourish Foods Ltd” of which Abir is a director and “holds 10,000 shares as part of an employee stock option plan last financial year”.

“A notice, directed to Nourish Organic, was issued by the I-T department. A survey was conducted into the company’s books of accounts in August first week. The department has not sent anything since then,” the report said.

According to the newspaper, an I-T department official said that Abir has  “sought adjournments” and has not replied to the department yet. “It (the I-T department) has listed a couple of transactions linked to the company as ‘suspicious’… These include a share premium of Rs 4 crore received in 2008-09 and also a loan from an entry operator in Kolkata and acquisition of shares by Bonita Traders Pvt Ltd in 2010,” the report said, adding a qualifier that “both these transactions happened years before Abir became a director in the firm”.

While more details are yet to emerge, it appears that Shakuntala came under the I-T department’s scanner in connection to a house that she purchased from her brother Lavasa in Gurgaon for Rs 1.86 crore in 2017-18.

A private builder, Rupali Buildwell Private Ltd, constructed a four-storeyed building in Gurgaon for Lavasa and his wife who are co-owners of the property.  The I-T department assessed the value of the building at Rs 7.2 crore based on the value of the house that Shakuntala purchased.

When the Indian Express reached out to the company’s director Satya Priya Tyagi, he refused to comment but his wife said that the I-T officials visited their residence on August 22.

Both Ashok and Shakuntala Lavasa refused to comment on the notices.

The newspaper reported that based on the initial estimates calculated by the tax sleuths on the basis of investments it has received until now, Abir’s shareholding will be valued at Rs 1.5 crore.  It is also being said that Nourish Organic Foods received Rs 7.25 crore from Mauritius-based investor Saama Capital in March, 2019. However, there are still no details regarding why the investment is suspicious.

Saama Capital is an India-focussed investor which has pumped its funds in many start-ups, including Paytm, Chaipoint, Vistaar (NBFC), Snapdeal, and SKS Microfinance.

The Wire had reported on Monday that Novel Singhal received I-T notices regarding her income as an independent director of over a dozen companies, many of them in the power sector.

The Indian Express reported that I-T officials have apparently found that Lavasa himself “has shown receipts of Rs 20.02 lakh from Vibrant Trade Avenues Ltd, in which his wife was a director.”

However, in a statement, Singhal said that she “had paid all taxes due and disclosed all income earned from pension, and all other sources as per the law”.