Not All States Convinced By High New Traffic Violation Penalties

Gujarat was among the first states to put the implementation of the amended Motor Vehicles Act on hold. 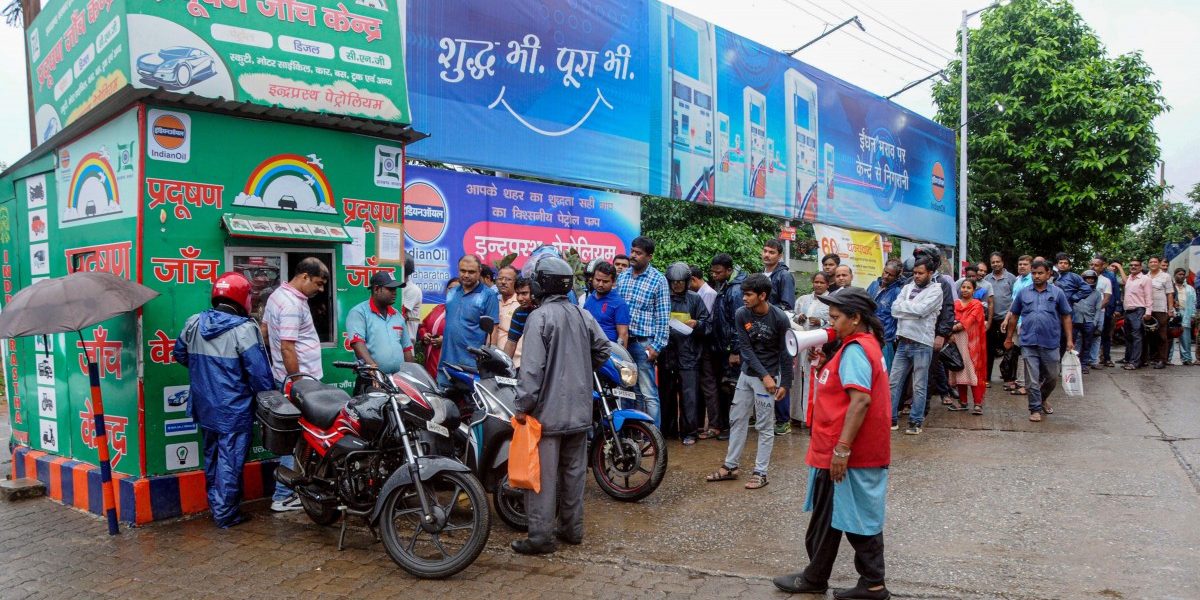 New Delhi: The amended Motor Vehicle Act 2019, which came into effect on September 1, is proving to be a double-edged sword. Providing for steep penalties under 63 clauses, it has spread terror among motorists.

Many state governments, including Gujarat, are not convinced by the high penalties. They believe the idea should be to deter violations rather than victimise motorists.

Spurt in sale of helmets, rush for PUC certificates

With reports of heavy penalties being imposed under the new law, there is concern all around. In Gurugram, a biker was fined Rs 23,000 and a trucker Rs 59,000; while an auto-rickshaw driver was challaned Rs 47,500 for multiple offences in Odisha.

As a result of higher provisions for challans, Haryana and Odisha have also made record collections within the first week of the amended Act’s implementation.

The fear of such challans has resulted in a spike in the sales of helmets, removal of power horns and demand for ‘pollution under control’ certificates. At the same time, the issuance of compounded challans – often running into more than the selling price of the vehicle concerned – has also made many states wary of the move.

Even BJP-ruled Gujarat not convinced

In fact, Prime Minister Narendra Modi’s home state Gujarat was among the first to put the implementation of the amended Act on hold. The Vijay Rupani government said it has referred the issue to the Regional Transport Office, as it found the penalty amounts unfeasible, and was awaiting the report.

Leaders in Madhya Pradesh, Rajasthan and Punjab opposed the hefty fines, calling them “too excessive”.

Also read: Why the Highway Liquor Ban Will Only Make a Small Dent in Curbing Road Accidents

In Madhya Pradesh, state transport minister Govind Singh Rajput stated that a committee would examine the penalties. “We do not have any problem if there is a penalty on drunk driving. We are concerned about students, women and other sections,” he added.

Rajasthan transport minister Pratap Singh Khachariyawas said that his government’s reservation was that the “massive jump in penalties would lead to corruption”. He also noted that penalties should not be so high that they terrify motorists.

Both states pointed out that they have the power to reduce the penalties if they so desire.

Another Congress-ruled state, Punjab, has decided to continue with the old penalties for now. Transport minister Razia Sultana said the old rates would apply “till a decision was taken on implementation of the amended Act”.

Though she agreed that traffic rule violations were a major cause of road accidents, she reasoned that penalties should be there to “deter people from violating traffic rules”, not to “burden” them or fill the coffers of the “state treasury”. 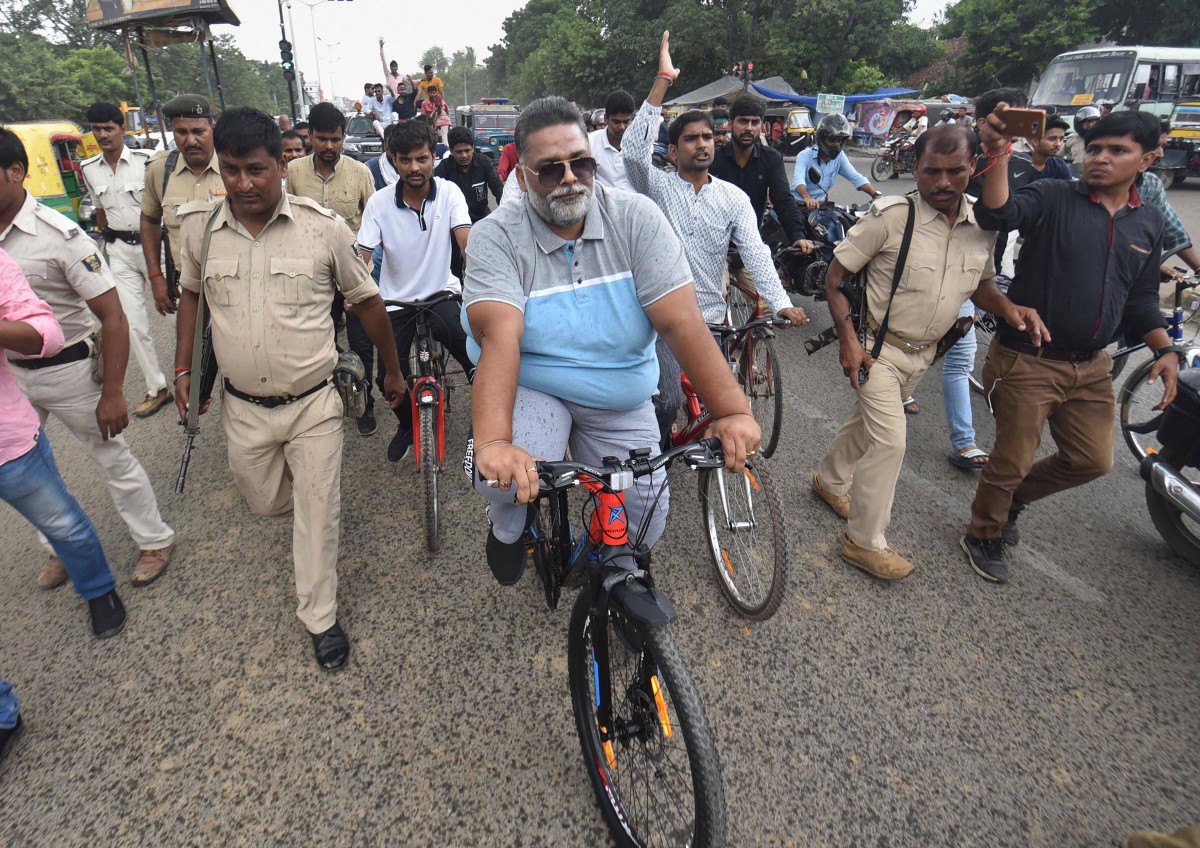 In Telangana too, the government has decided against imposing the new penalties as it is not sure if the quantum is justified. Instead, in cities like Hyderabad, the government has taken to massive awareness drives to caution motorists about the hike in the challan amounts under the amended MV Act.

People were told how dramatically the penalties have gone up.

Further new provisions have been introduced. Not giving way to an emergency vehicle is now punishable with a Rs 10,000 fine.

West Bengal has decided to implement the Act “partially” and sent it to its Advocate General for his opinion. The state transport minister said only mandatory provisions have been implemented.

Union road transport minister Nitin Gadkari defended the heavy penalties, saying the intention was to instil road discipline through them. He said they were also needed to prevent the loss of lives in accidents.

With the nation witnessing nearly five lakh road accidents every year, and 1.5 lakh deaths in them, he said, “If there is no respect for the law of the land, there is no fear as well.”

As for the states refusing to implement the amended law, he said the subject is on the concurrent list and the Act was formed after a committee of state transport ministers, coming from seven political parties, recommended it. “It even went to a standing committee in parliament, which gave its suggestions, and then it was approved,” he added.

Delhi too keeps new fines in abeyance, collections down 70%

However, most opposition-ruled states continue to avoid adherence to the new law. In Delhi, chief minister Arvind Kejriwal kept the issue in abeyance saying his government was weighing its options about implementing it. However, he noted that the matter was “studied” and “states do not have discretionary powers in this”.

But he added that for some offences, the states can decide the quantum of penalties. In most cases, he added, the challans would also go to court.

On the ground, this has meant fewer challans. All around Delhi, one now finds fewer traffic personnel issuing challans to motorists. As a consequence, there has been a nearly 70% drop in penalties. While a recent newspaper report attributed it to people becoming more disciplined, the reasons may be different.

With most challans now going to courts, the ‘incentive’ for the traffic personnel to issue them has actually reduced. Also, the policemen are awaiting clarity on the issue from the state government.

Talking to The Wire, one officer who was issuing challans at Shaheed Bhagat Singh Marg in New Delhi said “For us it is neither about new or old rates. When we catch someone for an offence like driving on the wrong side, we just mark out the offences on the challan and issue a ticket. The fine now has to be paid in court and it will be up to the government and the court to decide what rates would apply.”