The Zero Hour will also be restricted in view of the precautions to be taken during the pandemic. 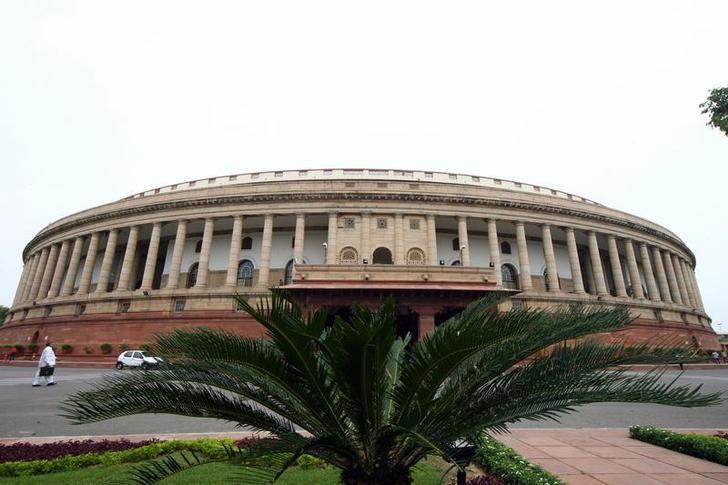 A view of the parliament building in New Delhi. Photo: Reuters

New Delhi: There will be no Question Hour and private members’ bills will not be taken up in the upcoming monsoon session of Parliament, while the Zero Hour will be restricted, notifications issued by Lok Sabha and Rajya Sabha secretariats said.

There will also be no breaks during the session, which will be held from September 14 to October 1, and both Houses will function on Saturdays and Sundays as well, they said.

“There will be no Question Hour during the Session. Because of the request of the Government owing to the prevailing extraordinary situation due to COVID-19, the Speaker has directed that no day be fixed for the transaction of Private Members’ Business during the Session,” the Lok Sabha Secretariat said in a notification.

A similar notification has also been issued by the Rajya Sabha Secretariat.

On the move to dispense with the Question Hour, Trinamool Congress MP and Floor Leader in Rajya Sabha Derek O’ Brien said opposition MPs will lose the right to question the government.

“Pandemic an excuse to murder democracy,” he said in a tweet.

In the past, he said, the Question Hour was dispensed with during sessions of Parliament called for special purposes but the upcoming monsoon session is a ‘regular session’.

Chowdhury had said it will prevent lawmakers from raising issues of national importance.

Meanwhile, according to sources, the Government has reached out to the Opposition, sharing its compulsions to not hold the Question Hour in wake of the pandemic.