No Postal Ballots for NRIs in Upcoming State Elections: CEC

Although the Election Commission had said last year that it would roll out the facility in West Bengal, Tamil Nadu, Kerala, Assam and Puducherry elections, it now says the step cannot be taken yet. 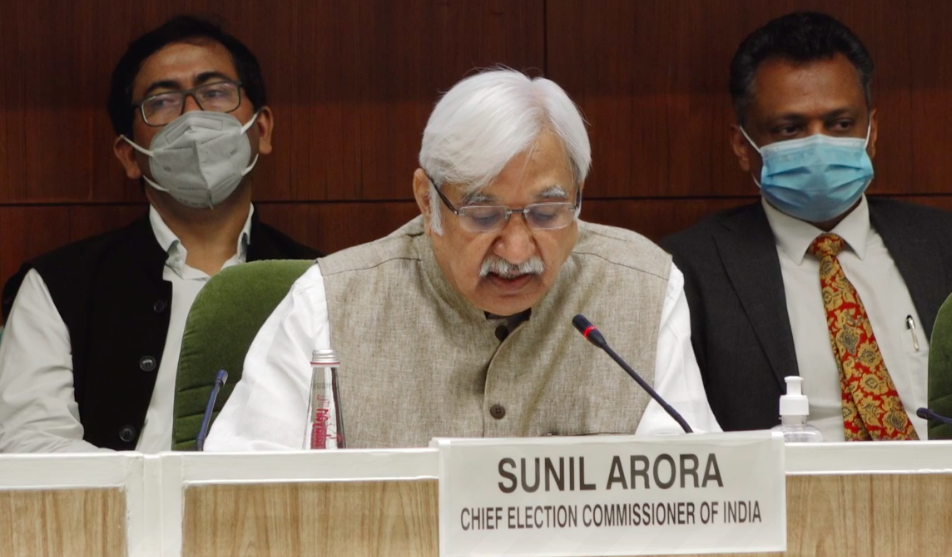 New Delhi: Eligible overseas Indian voters will not get the facility of postal ballots in the five assembly elections to be held in March and April as the government wants the Election Commission (EC) to consult various stakeholders before the facility is rolled out.

Responding to a question on whether the facility of Electronically Transmitted Postal Ballot System (ETPBS) would be extended to overseas voters in the assembly elections to West Bengal, Tamil Nadu, Kerala, Assam and Puducherry, chief election commissioner Sunil Arora replied in the negative.

“As far as NRI voters are concerned, the commission [EC] has sent a very empathetic and very positive note to the law ministry over a month-and-a-half back over finding a way out for that. The law ministry referred it to the Ministry of External Affairs. I spoke to the foreign secretary also. They have responded in detail and they have said we should have a broad spectrum meeting of the stakeholders,” Arora said. He said the meeting could take place within a month.

Arora was addressing a press conference to announce the dates of elections to the five assemblies.

As of now, overseas Indians are free to cast their votes in constituencies they are registered in.

Unofficial data with the Election Commission shows that only 10,000-12,000 overseas voters have exercised their franchise.

The EC has proposed to the government to extend the ETPBS facility, so far available only to service voters, to eligible overseas Indian voters as well. In a letter to the legislative secretary in the law ministry on November 27, 2020 last year, the commission said that with the successful execution of ETPBS in case of service voters, it is now “confident” that the facility can also be extended to the overseas electors. “The commission is technically and administratively ready to extend this facility in general elections to legislative assemblies of Assam, West Bengal, Kerala, Tamil Nadu and Puducherry,” the poll panel had said.

The EC said it has been receiving several representations from the Indian diaspora residing abroad to facilitate voting through postal ballots since such overseas electors are not in a position to be present in their polling area as travelling to India for this purpose is a costly affair, and they cannot leave the country of their residence owing to specific compulsions of employment, education or other engagements. “Due to protocols associated with COVID-19, the problem further gets compounded,” the letter to the law ministry said.

Voting for the five assembly elections will begin on March 27, 2021, with West Bengal having eight phases continuing till April 29, 2021, while counting of votes will be done on May 2, 2021, the Election Commission said.