The Composite Water Management Index is a good step, but not foolproof. 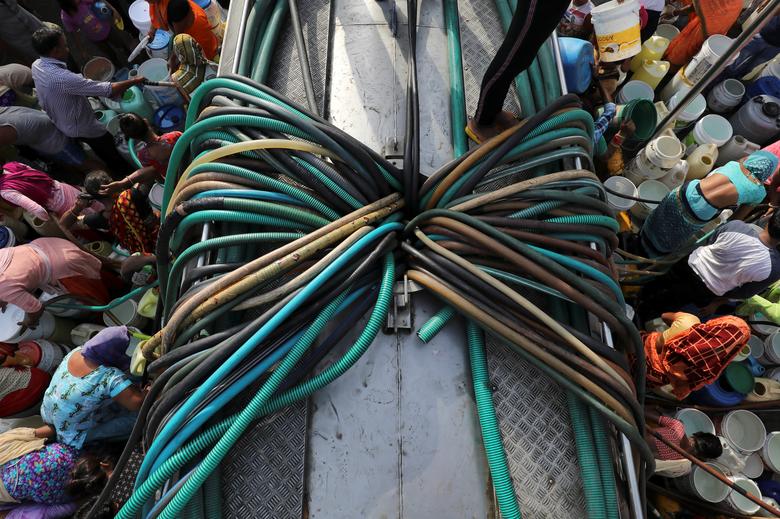 In August this year, the Central government’s think-tank, NITI Aayog, published the second edition of the Composite Water Management Index (CWMI) for creating a culture of data-based decision making and encouraging “competitive and cooperative federalism” in water governance.

There are 28 set of indicators attached to these nine themes. For example, for rural water supply, the indicators relate to number of villages provided with 24×7 piped water supply, those having individual household meters, and percentage reduction in rural habitation affected by water quality problems.

The analysis showed that about 80% of states assessed on the index over the last three years have improved their water management scores. However, 16 out of 27 states still score less than 50 points on the index (out of 100). Second, the high-performing states demonstrate strong water management practices, but there are low performers as well. The former category includes states such as Gujarat, Andhra Pradesh, Madhya Pradesh and Himachal Pradesh.

The low-performing states are Jharkhand, Uttar Pradesh, Odisha, Bihar, Nagaland and Meghalaya, which score less than 40. Though Uttar Pradesh, Rajasthan, Kerala and Delhi, having high economic output, they secured scores less than 50 on the index. Water shortage can lead to reduced output, thus affecting employment and livelihood opportunities in these large population clusters.

Fourth, the index showed that states have improved under the policy and governance theme, indicating the institutional ability of states to design policies to mitigate water-related risks.

Ideally, high-performing states should be the torch-bearers of good water management practices in the country. In this regard, the document further codifies success stories, for example, Jalyukt Shivar Abhiyan in Maharashtra, Mission Kakatiya in Telangana, Sujalam Sufalam Yojana in Gujarat, Kapil Dhara Yojana in MP, Pani Bachao Paisa Kamao in Punjab, and Jhakhni village, UP. Such success stories should be emulated by the poorly performing states.

Since water is a state subject, and as the Centre’s role is limited, there is no current mechanism to have a state’s water performance data in the public domain. The CMWI fills this gap.

However, this attempt is not foolproof. Even outside of the index, there are many water issues that need to be be resolved early.

First, water resources are finite and the demand for water in all sectors is increasing over the years – and by 2050, this is expected to surpass the available water supply. Agriculture continues to dominate the water demand scenario, followed by industries and domestic sectors. The per capita water supply annually is likely to touch the water stressed benchmark in the near future, thus calling for urgent action on demand side management of water resources. The groundwater level is depleting and thus the water is highly contaminated.

The CWMI did not address the above aspects fully. For example, the rural water supply theme under the index deals with the percentage of villages/urban households connected to a continuous supply of water. It, however, does not deal with Sustainable Development Goal (SDG) 6 goal of ‘universal and equitable access to safe and affordable drinking water for all’.

The index has not given due importance to the Centre’s ‘Nal se Jal’ programme, whereby every household is to be connected to piped water supply by 2024. In contrast, the index considered only 24×7 water supply to rural villages as a target.

Second, the theme on policy and governance under the index deals with only legislative and policy frameworks of rainwater harvesting, protection of water bodies, charging of water supply and positioning separate data centres for water resources. It did not talk about the framing of state water policies, positioning state water regulators, enacting a revised ground water regulation bill, etc. The index also does not present the legislative and policy scenario at the Central level. For example, the National Water Framework Bill, the river basin management Bill of the Centre, etc. have not been discussed in the document.

The CWMI is necessary but not sufficient for effective water management in the country. It is high time that the Centre and states effectively take steps to improve water governance in the country by filling the gaps mentioned.

S.K. Sarkar is a Distinguished Fellow, TERI, New Delhi and a former Secretary, Ministry of Water Resources, Government of India.