The local administration, meanwhile, has booked her for violating quarantine norms.

Mumbai: A fortnight ago, tribal rights champion Soni Sori found herself in quite a conundrum. On September 24, she had tested positive for COVID-19. A day later, she was supposed to present herself before the National Investigation Agency (NIA) for an inquiry in the killing of Bheema Mandavi, a Bharatiya Janata Party MLA, and four policemen in an alleged Naxal attack from the past year.

Sori had informed the officials about her health condition; they, however, insisted she still appears. Four days later, the local administration went ahead and booked her under sections of the Indian Penal Code for violating the quarantine rules.

Sori, who had remained active through the lockdown, visiting villages and helping people in need in the tribal district of Dantewada in Chhattisgarh, developed symptoms in the month of September. As fever persisted, she decided to get herself tested. “The result stated I was infected by coronavirus. The local health officials came and put me in quarantine immediately at my residence in Geedam (a tehsil in Dantewada),” she says.

But when Sori called the NIA officials informing them about her health status, she says the officers refuse to believe her. “I was asked to make arrangements and be present before the NIA’s Dantewada office, over 80 km away,” she says. Sori’s health condition scared her neighbours, and local travel agents were unwilling to lend their vehicle for the travel, her nephew Lingram Kodopi says. The two were then forced to travel on a bike amid heavy rains.

“I was burning with a high fever. I was afraid they would detain me in the case. They questioned me for over seven hours despite my condition,” she adds. 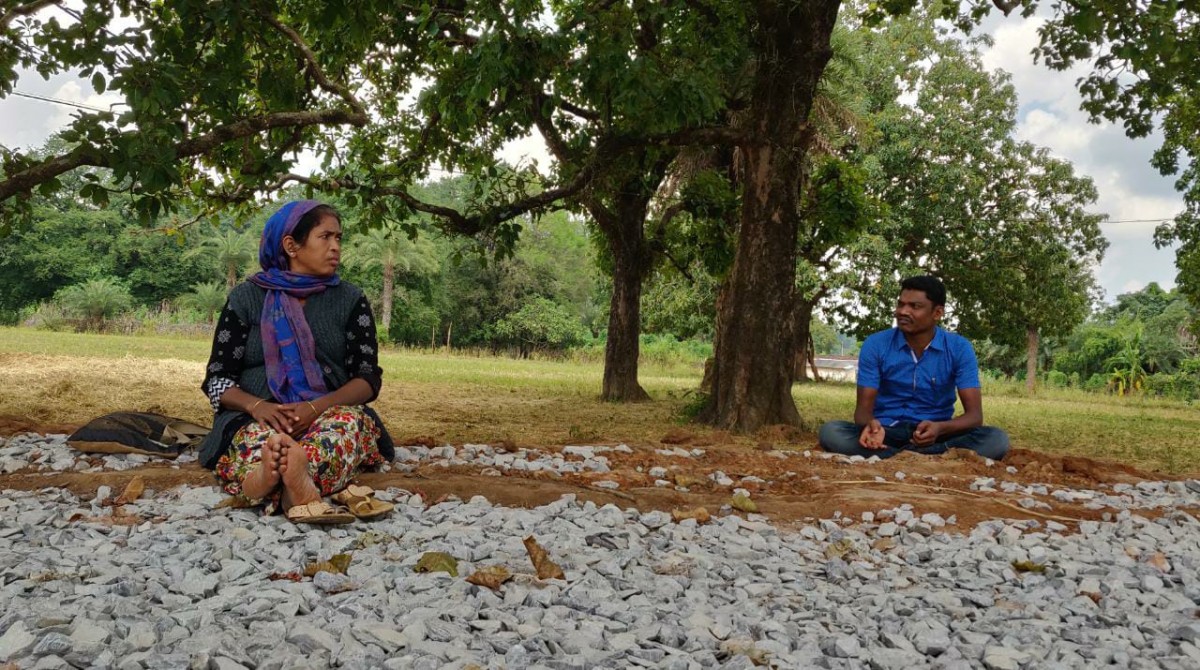 Sori was informed about her health condition by Devendra Pratap Singh, a health officer in Geedam. Despite the positive report, the Dantewada police, along with the NIA insisted a second test was conducted. The second test too came out positive. But Sori alleged that despite the rapid test kit clearly indicating that she was positive, the police and Pratap declared that she had tested negative and is fit to face the inquiry.

When The Wire approached Singh for his comment, he confirmed that an FIR has been registered. “I merely did my job. I am in-charge of the region and since Sori had travelled even when she was put under strict quarantine, I was duty-bound to report her to the police,” he said. When asked why he had claimed that she was negative on the day of Sori’s appearance before the NIA, Singh denied having made such a statement. He also confirmed that she tested positive both times. The former chief medical officer, Dr S.K.P. Shandilya, who was in-charge of the Dantewada region until three days ago, also confirmed that Sori had tested positive. The Wire has accessed her medical reports and also the FIR registered by Singh.

Also read: Why Wrongful Prosecution Should Become an Electoral Issue

Sori, who has faced police atrocities including sexual torture and prolonged incarceration in the past, shared that she finds the state police and the NIA’s act inhumane. “If questioning me was so important, the NIA could have waited for a few weeks. Why did they insist I travel even when they are fully aware that this illness spreads super fast? It wasn’t just about my health alone, I could have endangered so many more lives,” she says.

Under Section 160 of the Code of Criminal Procedure, the investigating agency ought to have travelled to her residence. The section states, “…provided that no male person under the age of fifteen years or woman shall be required to attend at any place other than the place in which such male person or woman resides.” The section also makes provision for travel allowance. But Sori says she was asked to make her own arrangement.

On April 9, 2019, Bheema Mandavi, then the sitting BJP MLA from Dantewada, and four personnel of the Chhattisgarh Armed Force (CAF) were killed after Maoists had allegedly blown up their vehicle with an IED. This incident took place near Shyamgiri village under the Kuakonda police station area of Dantewada. The case was handed over to the NIA for investigation and on October 2, the agency filed a bulky chargesheet and named 33 persons as accused.

The NIA was in a hurry to question Sori before filing the chargesheet.

In the chargesheet, the NIA has claimed that the attackers after the ambush had also looted the arms and ammunition of the security personnel. All accused have been booked under several sections of the IPC, the Arms Act, the Explosive Substances Act and the Unlawful Activities (Prevention) Act, 1967.

While the Jagdalpur team of the NIA refused to take Sori’s health condition seriously, its Bombay team, investigating the 2018 Elgar Parishad’s case, cancelled its scheduled questioning last week. Sori, who was one of the many guest speakers at the Elgar Parishad event organised in Shaniwarwada of Pune to celebrate the 200th anniversary of the battle of Bhima Koregaon, was to be questioned by the NIA. A team of officers had reportedly traveled to Dantewada but decided to return on finding out about her health condition. The team spoke to Sori on the phone instead and has rescheduled a visit to Dantewada to the coming week.